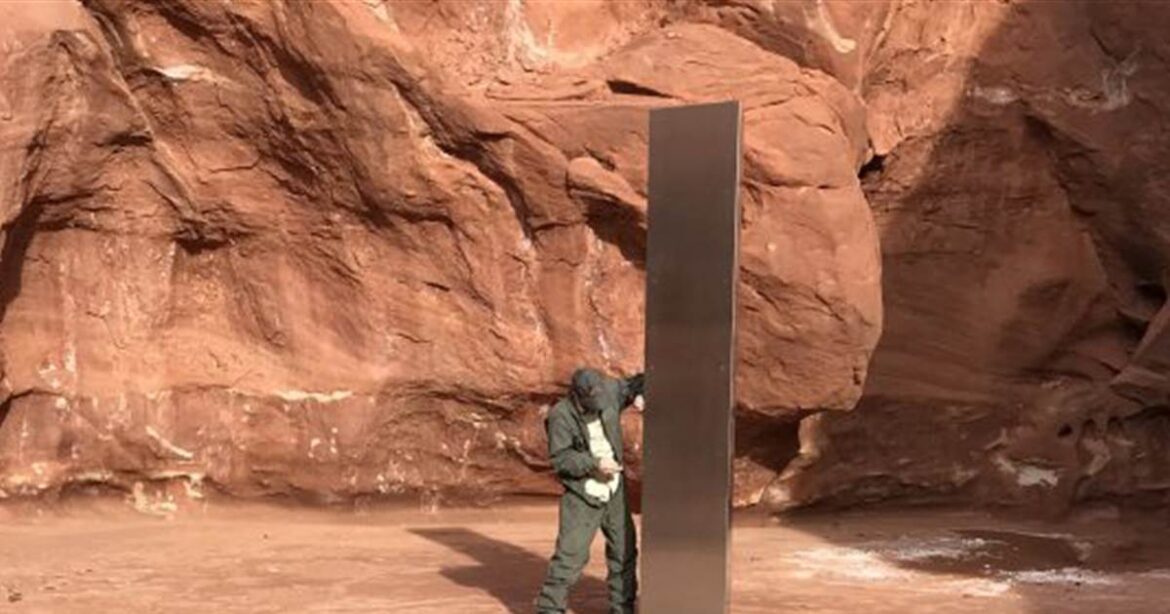 Utah Division of Wildlife Resources along with the Department of Public Safety Aero Bureau were counting big horn sheep by helicopter when they spoted something odd in a remote section of Utah.  In an area of red rock, stood a 12 ft tall metal Monolith.

Officials are puzzled on where it came from and why. They suspect it is a piece of art but have no idea who would have put it there or why.  This is the first report of this object.

Utah Division of Wildlife Resources officials have not disclosed the exact location.  It is very remote and they don’t want people trying to find it and getting lost or require a rescue.  They did joke that it “without authorization on federally managed public lands, no matter what planet you’re from.”  (The Hill).

The Bureau of Land Management will congt

Officials said in the Monday statement that they are not disclosing its exact location because “it is in a very remote area and if individuals were to attempt to visit the area, there is a significant possibility they may become stranded and require rescue.”

Officials also joked that it is illegal in Utah to install structures or art “without authorization on federally managed public lands, no matter what planet you’re from.”

The Bureau of Land Management is set to determine if an additional investigation into the object will be required.

It sure reminds science fiction fans of 2001: A Space Odyssey.