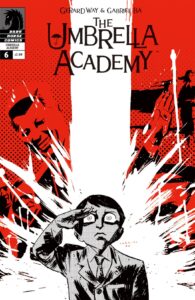 Netflix has released the new trailer for Season two of The Umbrella Academy. The trailer was teased today. The second season is scheduled to premiere on July 31 on Netflix. The series is an adaptation of the Dark Horse Comic written by Gerard Way and illustrated by Gabriel Bá comic book series, The Umbrella Academy.

After watching the trailer are you excited for The Unbrella Academy Season Two? Let us know on Facebook

Thanks for reading this GeekyGirlNess and until next time be kind to one another.