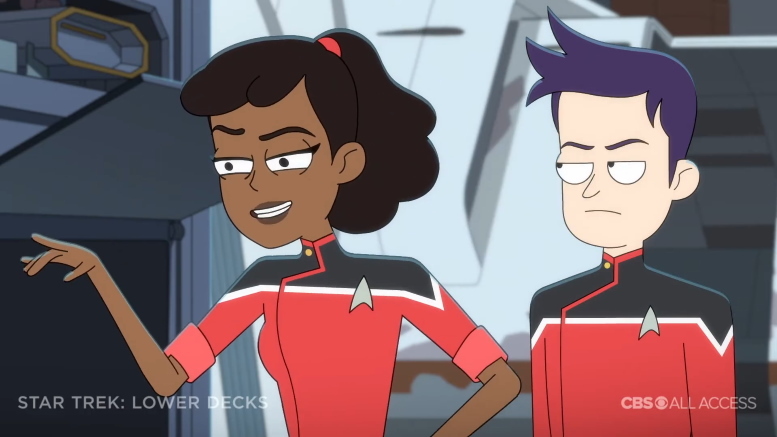 CBS All Access will have a new Star Trek series.  This time it is an animated comedy series.   Star Trek: Lower Decks is about life of the non-glamorous workers on a Federation Starship, the U.S.S. Cerritos.

This series is coming with a lot of hype from CBS All Access.  They are promoting it as the first Star Trek comedy.

In 1999, there was an animated series called Starship Regulars.  The premise was pretty much the same as Lower Decks.  It focused on the non-glamorous crew members.  It featured Michael Dorn (Worf- STNG) as the voice of the Captain.  Some are claiming that CBS All Access has blatantly ripped off, Starship Regulars.

Below is the Trailer for Star Trek: Lower Decks.