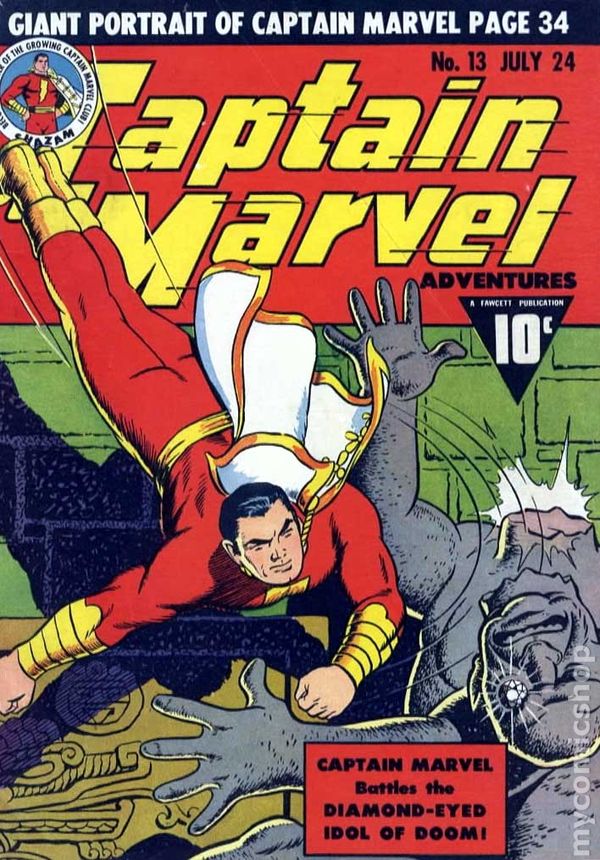 It has been a while since I wrote a Heroes, Villains, and Me article. It is well past time.

A couple of days ago, I wrote a news article about the rumor and the denial of the rumor of a name change for Black Adam.  The rumor stated Brian M Bendis would change the bad guy/ anti-hero Black Adam’s name to Shazadam. This would be a part of his transformation into a hero as he becomes a part of the new Justice League roster.  IDG ran an article stating that was not true and that there is no name change plans.   You can read my full article here.

1. The name Captain Marvel is kinda stupid when your main rival publishing company is called Marvel.

3. What a way to honor the wizard who screwed up once and choose the wrong guy. Take on his name. Wow. How about making him live on forever through you! I find it honoring as hell.

4. Who walks around saying their own name anyway? It’s a non-issue.

5. I get why they might want to change Black Adam from a cultural point of view. It has a white man derogatory feel to it. That may not be the reason for the change, but I certainly get it. I don’t care for Shazadam. That seems too much to me.

I started to write out a very lengthy passionate reply to him.  My fingers were flying over my phone keyboard in an attempt to tell him how wrong he was especially about Captain Marvel’s name change to Shazam!  I wasn’t angry with my friend but instead I was determined to help him see the light and how he was wrong.  DC made a major mistake by changing Captain Marvel’s name.

Suddenly I stopped typing.  I realized this was more about me and not about him.  There was a reason I was so passionate and livid about this name change that happened 10 years ago.

Let me step back and give a little history about Captain Marvel aka Shazam!  Superman was first published in 1938 in Action Comics by DC  (at the time Detective Comics then National Comics).  This lead to a craze of other comic publishers creating their own superheroes.

Fawcett Comics created Captain Marvel in 1940 in Whiz Comics #1.  Captain Marvel had some similar powers to Superman but was a very different character.  His Secret Identity was a 12 year old Orphan, Billy Batson, who was granted his powers from a magic wizard.  Billy would say the wizard’s name, SHAZAM and be transformed into an adult superhero, Captain Marvel.

For much of the mid to late 40s, Captain Marvel comics out sold Superman. The Marvel Family #1 issue introduced Black Adam and is estimated to have sold 2 Million issues.  In 1941 (just one year after creation), Captain Marvel becomes the first superhero on film.  The Adventures of Captain Marvel was a serial movie series that introduced the movie audiences to character of Billy Batson and Captain Marvel.

DC brought a lawsuit against Fawcett Comics because Captain Marvel was too much like Superman in 1940s. The battle latest until the early 50s when Superhero comics fell out of popularity.  Fawcett conceded and gave up the rights to publish Captain Marvel because of the expenses of the court battles (I still think they could have and should have won).

Over 10 years later, the new Marvel Comics (formerly Timely and Atlas) created their own Captain Marvel character. Since no one was using the name, they trademarked it so they could exclusively use it for their new character.

In the early 70s, DC realized they had made a mistake by crushing the Captain Marvel character and would have been smarter to have acquired him.  They approached Fawcett Comics about leasing out the character for publishing and for media like TV.  On a side note, how much boldness and guts does it take to go to Fawcett after you basically shut down their company and then ask to use their character.  I think I would have laughed and offered him to Marvel but that is me.

DC had a problem now.  They had the rights to use the Fawcett Captain Marvel but there was that pesky trademark issue.  Through some negotiations, DC was allowed us keep the character name, Captain Marvel but wasn’t allowed to publish the comic or any promotions with the name Captain Marvel on it.  The character’s name stayed the same (and I will tell you some of the reasons why that is important coming up) but the comics and the 70s live action (more on this later too) series would be called SHAZAM!  DC later fully bought the characters from Fawcett in the 80s.

Fast forward to 2011.  DC Comics were in a sales slump for the last decade.  DC goes bold and decides to reboot all of their characters (well not all of them like Batman and Green Lantern).  They decide that name Captain Marvel, which had been around since 1940, was too complicated and people often called the character SHAZAM so just rename him to SHAZAM!

That is the history of this Captain Marvel and why the recent movie and the comics are called SHAZAM!

There are several logical reasons that changing the character’s name to SHAZAM! makes no sense to me.  Let me share my thoughts. This character has been around since 1940.  70 years his name has been Captain Marvel.  In the 1970s when there were both the Marvel Captain Marvel and the DC Captain Marvel, fans knew how to keep them separated. We we could figure it out in the 70s, we should be able to in the 2010s and 20s.

SHAZAM is the name of the wizard that grants Billy his powers.  SHAZAM is the acacronym for the of six “immortal elders” that graht their abilities.  It grants Billy the wisdom of Solomon,  the strength of Hercules, the Stamina of Atlas, the power of Zeus, the courage of Achilles, and the speed of Mercury.  It is the magic word Billy (and later others) says to transform into a hero.  But SHAZAM is not and should not be the name of the character.

Changing the name of this character also affects a whole “family” of characters.  Here are some of his superhero family: Mary Marvel; Captain Marvel Jr; Uncle Marvel; Freckles Marvel; Mister Tawky Tawny; Lieutenant Marvels (check it out); Hoppy the Marvel Bunny; and many more that have been added in the last few decades.  What name do you call the other heroes that share the power set with Captain Marvel? Should like Mary Marvel now be Mary SHAZAM!.  How about SHAZAM! Jr instead of Captain Marvel Jr?  Do we have Uncle SHAZAM and SHAZAM Bunny? Seriously, this is a huge problem when you look at the Marvel family. Or is DC planning on calling them the SHAZAM family (rolling my eyes).

My biggest argument is the impracticalness of calling him SHAZAM.  Historically, if Billy or Black Adam or Mary Marvel accidently says SHAZAM then they are changed to their other form.  In the DC Animated Movie, Superman/Shazam!: The Return of Black Adam (2010), we see this happen early on to Captain Marvel when he is flying and says SHAZAM when talking to himself out loud.  Later they trick Black Adam into saying SHAZAM and it turns him back into the thousands of year old Teth-Adam which becomes bones and dust to beat him.  This animated movie mirrors the history of the characters in accidently saying SHAZAM including how Black Adam is defeated in the 1945 Marvel Family #1.

Since it is well established history, the character cannot say SHAZAM without transforming, how would changing your name to that be practical?  “Hi Batman, I am … SHAZAM”.  Batman then says, “I see you are a 12 year old boy. Have you thought about being a Robin?”  Okay, Batman may not say that but that proves my point, it is not practical for Captain Marvel to call himself SHAZAM.

How bad would it be to call yourself the that can truly lead to your defeat?  Can you imagine Dr Sivana figuring out the name of the character is his greatest weakness.  He would focus on ways to get SHAZAM to say his own name so Dr Sivana could win.  Sivana is a genius so this would be easy work for him. It would get around that this is how you beat this hero.  Every two bit thief would be trying to get him to say his name to get away.  It would be as bad as Lois trying to prove Clark is Superman in the Silver Age.

So why is this so important to me? Why am I still battling over this after DC (stupidly) changed the character’s name 10 years ago?  Stay tuned (like a good serial) to the next thrilling episode of Heroes, Villains, and Me to find out.  (Coming out tomorrow)