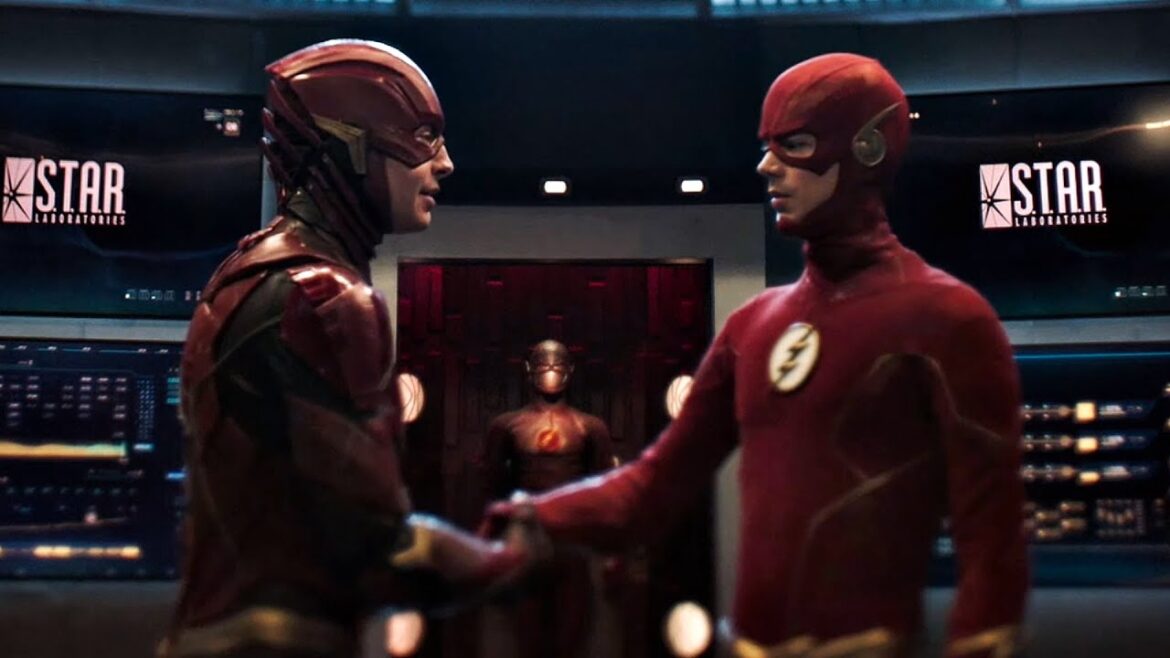 For those that don’t know, actor Ezra Miller was arrested on March 28, 2022 for Disorderly Conduct and Harassment in Hawaii. You can check out the police report here. It is reported that Miller got upset when bar patrons sang karaoke.  He became upset and started yelling obscenities.  He grabbed the microphone out of a 23 year old woman’s hand.  He lunged at a 32 old male patron, who was playing darts at that time.

Two years prior, a video of Miller appeared that caused doubt on his future as the Flash.  The video showed Ezra Miller approaching a woman.  He can be seen asking her, “Did you want to fight?”  Miller went on to grab the woman by the throat, pushes her back and throws her on the ground.  There are questions if the woman perceived Miller just playing around with her.

The new incident has revived previous calls for Miller to be removed from the role of the Flash in the DC movies and to be replaced by CW Flash actor Grant Gustin.  Gustin is a fan favorite.  He channels the goofy fun side of the character really well. Gustin has a reputation of being friendly and fun with the fans.

There are many other fans who believe Gustin wouldn’t be a good fit to be the Flash in the Synderverse for the DC Movies. Those movies have a completely different tone.  The character is a different take on the Flash.  It could be difficult for Gustin to bring such a different feel for the character and deliver what is wanted for the new Flash movie.  It might be equally difficult for the fans to accept Gustin as a very different version of the character they have loved on the CW series.

Keith Moncrief of Pop Culture Minefield stated his opinion about these rumors of bringing in Gustin and letting Miller go.  “This is dumb. Straight. No chaser. Dumb. Grant Gustin is a good actor but what he brought to the role of Barry on the Berlanti CW flash series isnt what was needed for Zack Snyder’s DC Films. To expect otherwise is to be ignorant of the inherent difficulties in casting Gustin.”  (Quote with approval from Keith)

Will this all blow over with Miller? There are rumors that the WB is looking to “pause” their releationship with Miller and this would include future movies as the Flash.  Miller is definitely not a fan favorite at this point.  For the WB to recast Gustin as the Flash now for the upcoming Flash movie would include expensive re-shoots since the film is in post production.

Let us not forget that Ezra Miller also co-stars in Fantastic Beasts: The Secrets of Dumbledore as Credence Barebone.  It was released on Wednesday of this week. Miller was not at the premiere with his castmates in London.

We will keep our eyes on any future news for Ezra Miller.