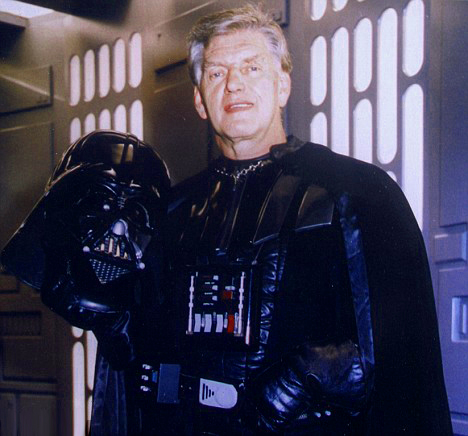 Dave Prowse passed away at age 85.  Prowse was a Bristolian bodybuilder turned actor.  The 6’6″ actor was cast in the role of many monsters in monster movies. He was the Green Cross Code Man, promoting road safety in the UK.  His most famous role was the body of Darth Vader.  James Earl Jones was the voice and Dave Prowse was the body and physical actor.

Dave Prowse has died aged 85. In 1977, he delighted school kids in Belfast, as the Green Cross Code Man. pic.twitter.com/FrDLled0F3

When Vader walked on the screen, his body language spoke volumes before the amazing voice of James Earl Jones spoke.  Prowse was hand gestures with choking subrogates was incredible.  Vader was feared because of the presence of Dave Prowse.

So sad to hear David Prowse has passed. He was a kind man & much more than Darth Vader. Actor-Husband-Father-Member of the Order of the British Empire-3 time British Weightlifting Champion & Safety Icon the Green Cross Code Man. He loved his fans as much as they loved him. #RIP pic.twitter.com/VbDrGu6iBz