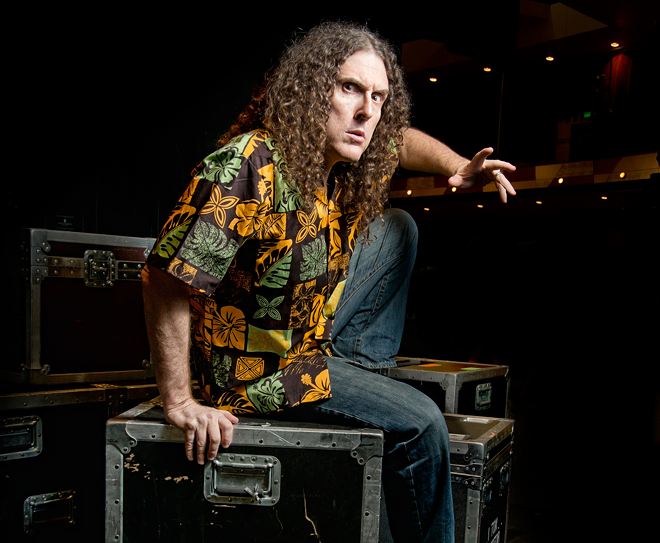 Daniel Radcliffe is best known to us all as Harry Potter.  He will be playing the best known humorist singer in Weird Al Yankovic.   This is for the biopic film about Al’s life for Roku.  Weird Al co-wrote this film with Eric Appel.  The film production is to start in L.A. in February.

Weird Al was humorously quoted as saying the following about Daniel Radcliffe, “I have no doubt whatsoever that this is the role future generations will remember him for.”.

The Press Release about the film had this quote, “holds nothing back, exploring every facet of Yankovic’s life, from his meteoric rise to fame with early hits like ‘Eat It’ and ‘Like a Surgeon’ to his torrid celebrity love affairs and famously depraved lifestyle.”  The humor is that Yankovic’s life has been nothing like many Hollywood and music stars because he has had no scandals, arrests, or divorces.