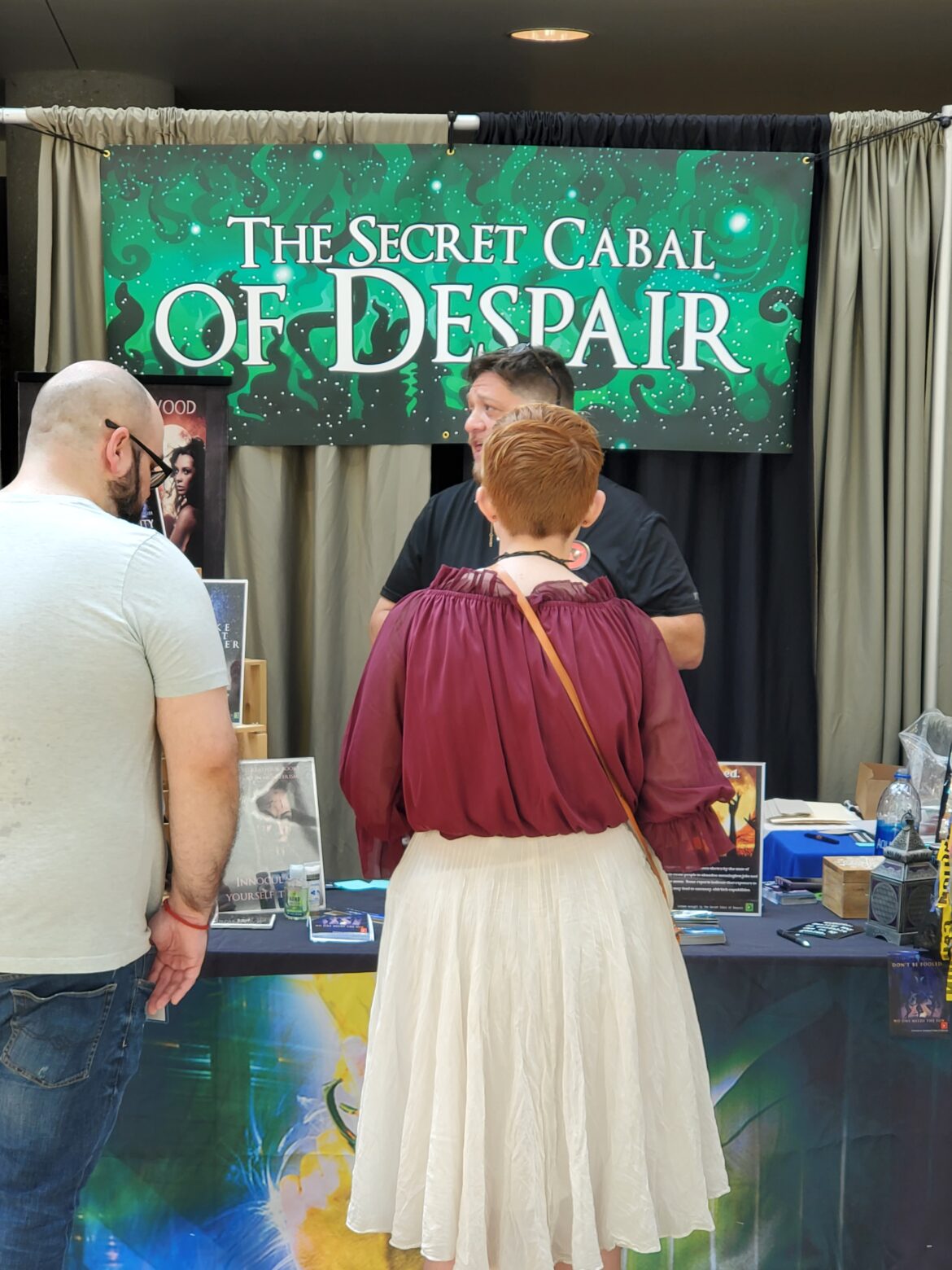 Geek Conventions are known for having fun games you can play. There are usually board games, card games, RPG, video games and much much more. The Secret Cabal of Despair is like no other game I have played at a convention.at  The premise is “what if an evil secret organization takes over Visioncon?” 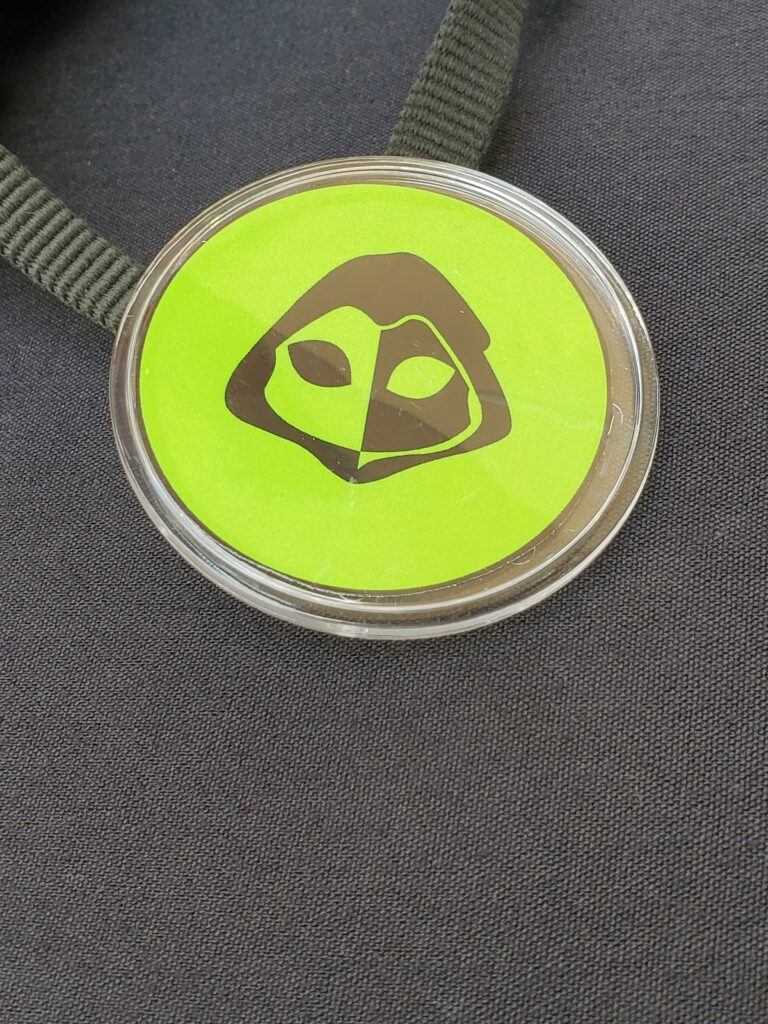 .
At the booth for author J.M. Guillen, you can join in with a game like no other.  You are given a button to add to your outfit. There are vendors and others at the convention wearing a red version of the button. Your mission is to go up to those wearing the red buttons and get a mission. If you complete the mission, you get a card. These cards have a QR code that takes you on more of an adventure. 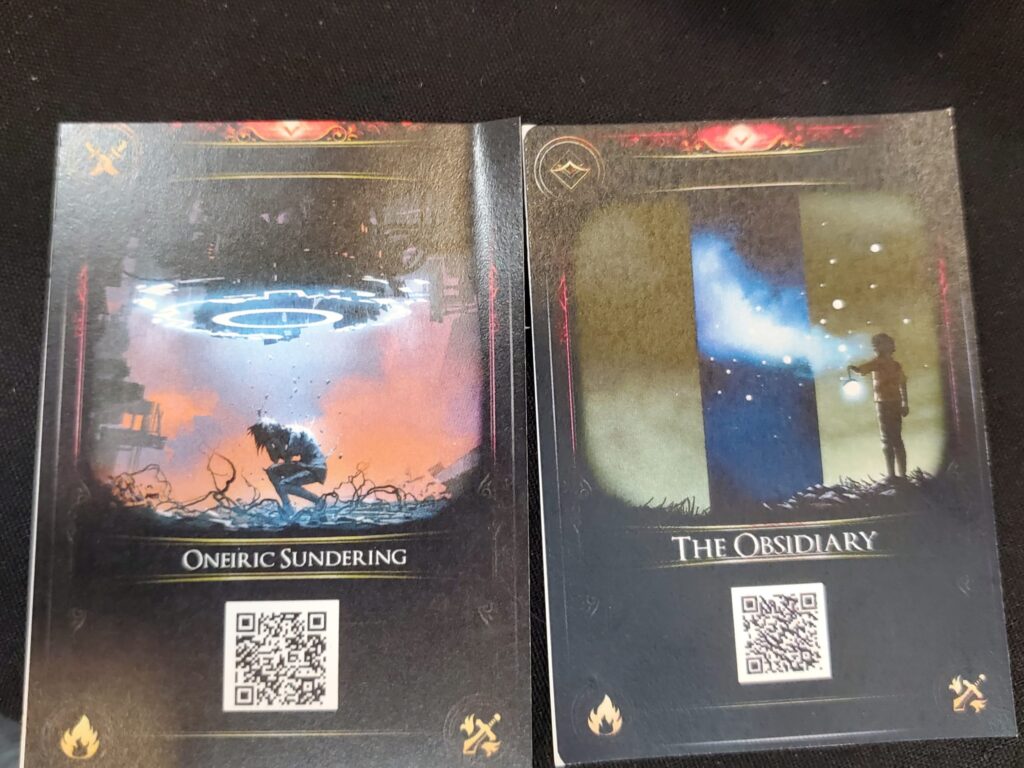 This is such a fun thinking outside of the box idea, I fully bought in.  This promotes Guillen’s books in a whole new way.  It sends players to other vendors to check them out and get missions so it also promotes what they are doing.  It makes the entire convention into a whole different game of it’s own.