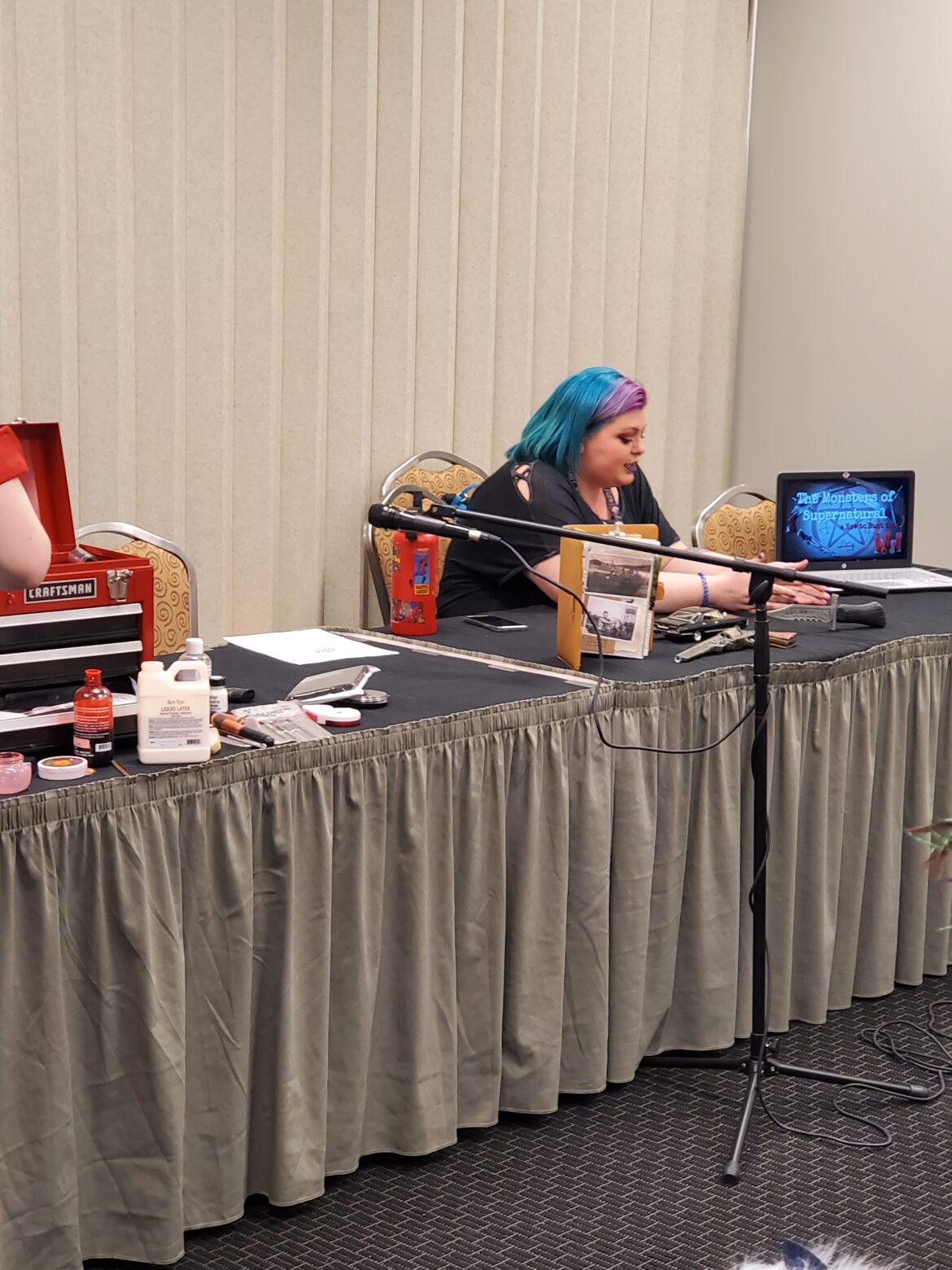 One of the great things about conventions is a variety of fandoms that is represented.  This is very true of Visioncon.  I attended the panel, Monsters of Supernatural and How to Hunt Them.

This panel examined some of the monsters from the series Supernatural.  It looked at the lore that the characters come from originally.  Then discussed how the monster compare on Supernatural.

Part of the fun of this panel was the pictures and information from the lore.  Learning where the monsters came from geographically and where they were first introduced.  We discussed what ms the monster a monster and how to potentially kill them.

The session compared the lore and drawings to how they were handled on Supernatural.  In some instances, they stuck very close the historical lore of the monsters.  In other cases, Supernatural did their own thing.

This was a thrilling discussion with a really fun fandom.