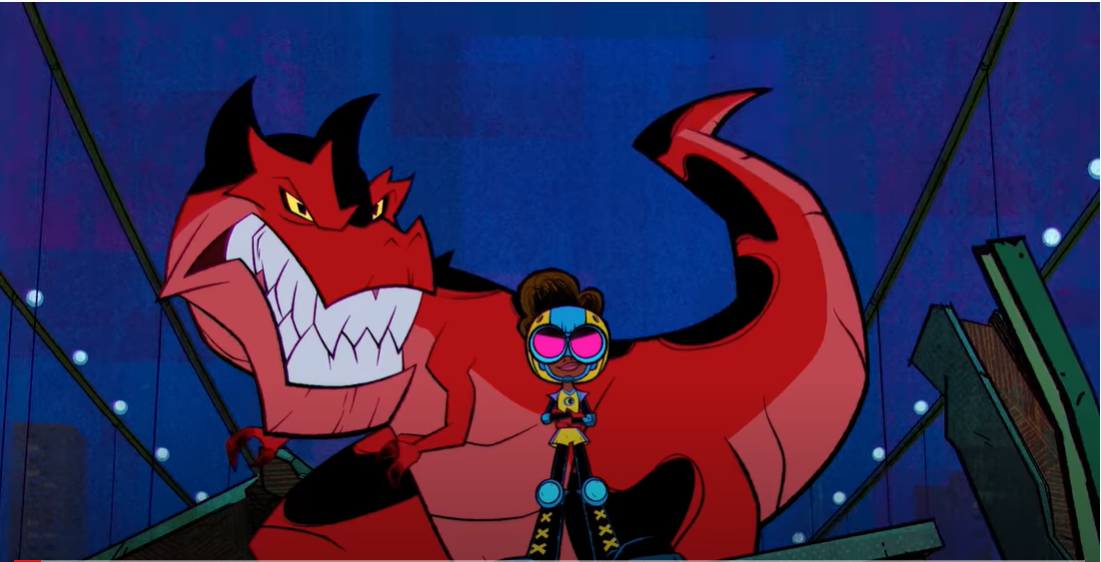 Moon Girl and Devil Dinosaur is a new animated series coming to the Disney Channel.  It is based off the comic book of the same name.  The comic takes inspiration from the 70s comic book, Devil Dinosaur that also starred Moon-Boy.  The new version has the red T-Rex, Devil Dinosaur, transported to current time in New York City along with his human companion, the genius 13 year ioild Lunella.

This new animated series will star both the 13-year-old super-genius Lunella  and the red ten-ton T-Rex, Devil Dinosaur.  Lunella brings Devil Dinosaur into the modern day New York by an accidental time vortex.  They work together to protect New York’s Lowere East Side.

The first episode drops on February 10, 2023 on the Disney Channel.