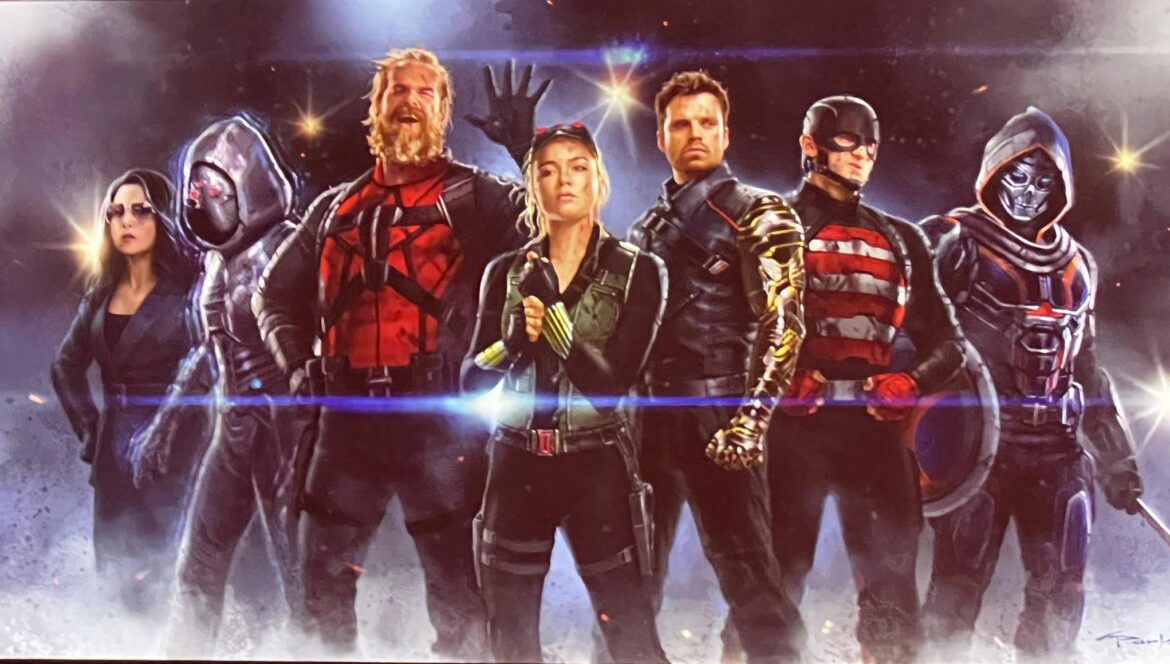 A team comes together for anti-heroes and bad guys to save the world.  Sound familiar? The basic premise for The Thunderbolts is Marvel’s version of DC’s The Suicide Squad.  I know geek nation is screaming at me right now.  Yes, I realize it is more complicated in the comics than that.  There are a ton of different Thunderbolts teams.  Yes, they were named after General Thaddeus E. “Thunderbolt” Ross, who wanted to hunt down the Hulk.

This movie takes place during a time where the Avengers are no where to be found.  Who is even an Avenger any longer.  In the MCU, this team (at least for the first movie)  will consist of Ghost, Red Guardian, Yelena Belova, the Winter Soldier, US Agent, and Taskmaster.  All of these anti-hero and villains have survived in the MCU, which is difficult to do for non-heroes.

This is an interesting group . Ghost was the bad guy in Ant-Man and the Wasp.  Red Guardian, Yelena, and Taskmaster all come from the Black Widow movie and had escaped at the end.  Winter Soldier and US Agent didn’t part ways as friends during The Falcon and the Winter Soldier series.  None of them are mega powerful like Thor, Captain Marvel, or Iron Man.  It should be an interesting team and to see what brings them together.  Will it be a version of old Thunderbolt Ross himself (difficult with actor William Hurt’s passing away).

The Thunderbolts are scheduled to hit theaters in July 2024 but as always, it is subject to change.