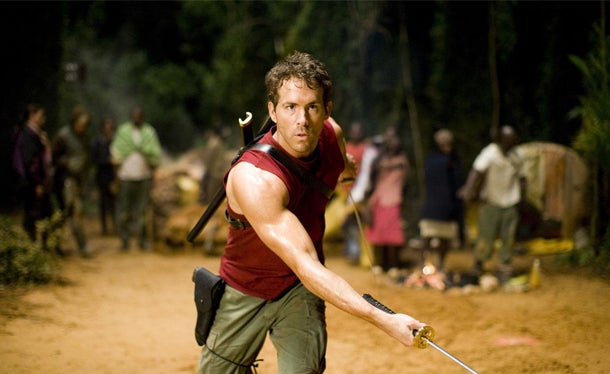 The rumors have been swirling for weeks that Ryan Reynolds might be the new Conner MacLeod in the Highlander reboot. Tracking Board, a Hollywood Insider website, is reporting that the contract for Reynolds to play MacLeod is a done deal.  The official announcement should be happening soon.

Ryan Reynolds is everywhere in geek culture right now. He has been Green Lantern and Dead Pool and will play them both again in upcoming movies. It appears he will be the new Conner MacLeod.  If he can pull off a Green Lantern sequel that is better than the first one, bring Dead Pool to the big screen in a humorous but but enduring way, and make us forget about Christopher Lambert’s Conner, then he will be geek royalty.  But if 2 or more of these movies bomb with the fandom, then he will be an outcast of the geekdom.

I am not a supporter of rebooting movie series for the sake of rebooting. The first Highlander movie is a classic and is still awesome. It does not need to be rebooted.  The movies following were a bit hit and miss. I did enjoy Highlander: The Final Dimension (3rd movie) and the television series. This movie reboot will need to walk the fine line of making the movie close to the original while adding something new to it.

I am sure I will see this reboot because I do love the original.  But I will go into the movie theatre with a high standard and a critical eye. Reynolds and the writers will have to prove to me that this movie reboot was really needed.