WandaVision premiered yesterday on Disney+.  The first two episodes are available for streaming.  A new episode will come out every Friday through the end of this season.

WandaVision pulls Scarlet Witch aka Wanda and Vision into different world.  Vision is deceased in the proper MCU but somehow he is alive and well living with Wanda in a little suburban town from a sitcom.  WE get the feel of the Dick Van Dyke show, I Love Lucy, and very much the feel of Bewitched, which is very fitting.  The opening animated open sequence for the second episode is a direct nod to Bewitched. 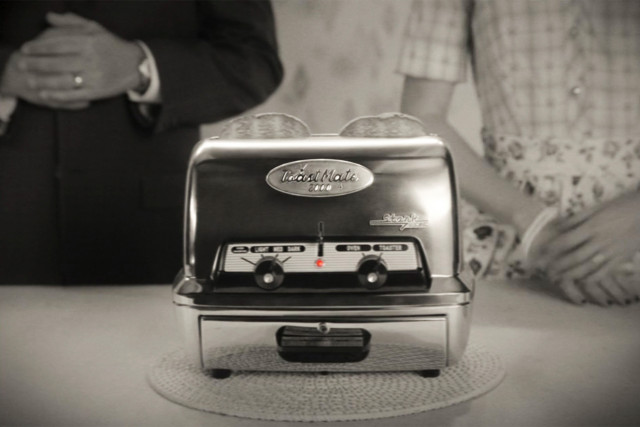 Each episode has a commercial set in the middle of the episode.  The first episode has a toaster commercial from Stark Industries.  The second commercial is a watch commercial for a  “Strücker” watch.  There is significance to both of these commercials.  A Stark Industries bomb killed Wanda’s parents and destroyed most of the apartment that little Wanda lived in growing up.    Strücker is the mad Hydra scientist that manipulates Wanda and Pietro to give them powers (in the MCU).  The Strücker watch does have the Hydra symbol on it. 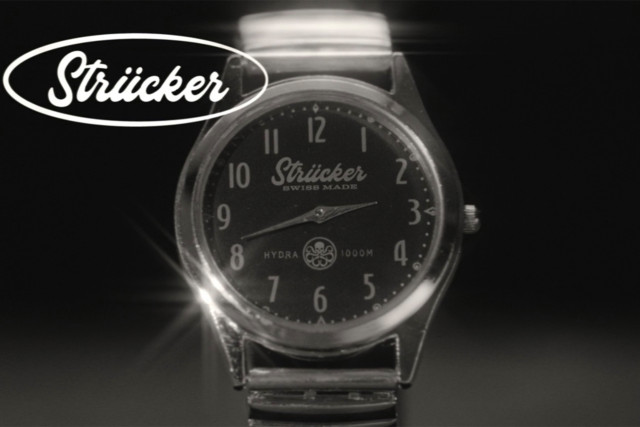 Through the whole two episodes, you can tell things are off for Wanda and Vision.  They cannot remember how they got there or how they met or when they got married or even a Song (Yacky Yack!).  There are lots of mysterious things that happen in the first two episode, often related to an Easter Egg here and there.

In the Comic books, Wanda does have a psychological break down and creates her own universe.  This series at the very least nods to this fact. Something has created this world/universe/dimension where Vision is alive and they are married.  My first guess was that Wanda has a breakdown after she comes back from dust in Endgame when she realizes Vision didn’t come back and this world is her making. But as the episodes went on, I am starting to think something else has caused this. I am intrigued to find out more.

Their little world seems to be crumbling at the edges.  We have the noise outside (blamed on the tree) and AIM agent (bee keeper) coming out of the manhole.  We know someone is watching on the TV and not sure what that is about yet.  We also have the voice trying to contact Wanda on the radio.  Something or someone is trying to break through this alternative universe.

Review:
My 11 year old son and I were both intrigued with the first two episodes of WandaVision.  It kept our attention and kept us looking for more of what weirdness is going on.  I honestly could watch this weird Marvel Pleasantville like series with them set in a sitcom for the whole series.

I loved all of the various Easter Eggs that I picked up and then I read about ones I missed (lots of articles out there about the Easter Eggs).  It kept my son Logan and I watching intently.

We know things are not what they seem with this series. Things will probably get a lot weirder before we really know what is happening.  I love that things are keeping me guessing with fun nods to old sitcoms.  I love a weird suspense series with intrigue.  This series is a fun take on the MCU.