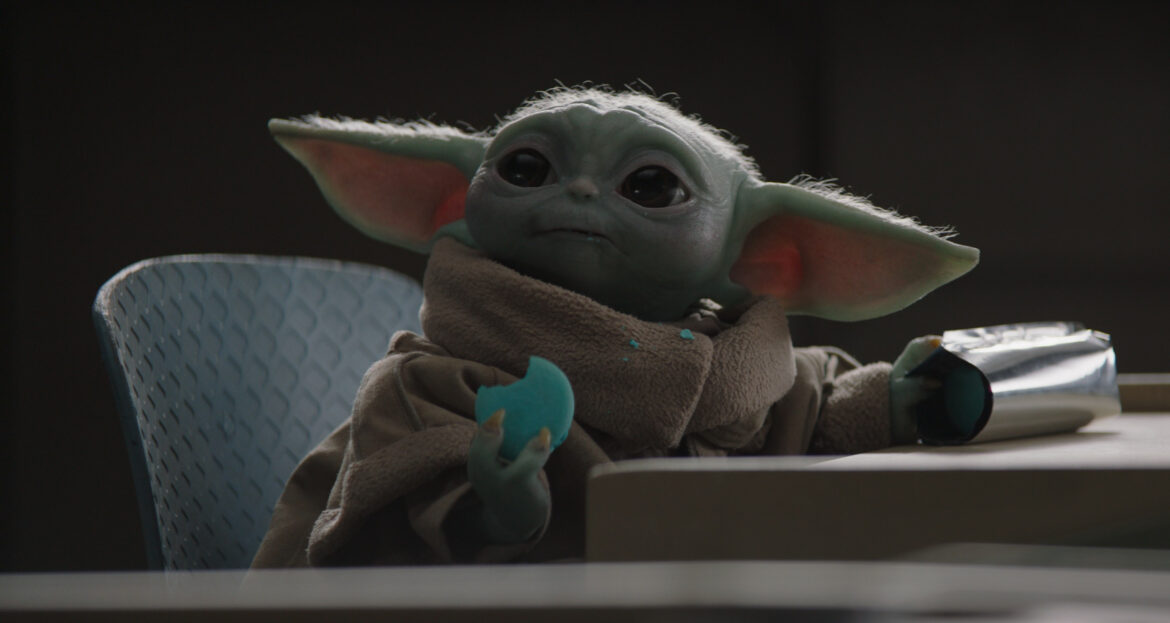 Last year, Star Wars fans found a piece of heaven in The Mandalorian.  Here was a Disney+ series that return many of us to our LOVE of Star Wars.  We fell in love with the wild west of the outer rim with Mando and the Child.  Fans couldn’t be happier.

The second season seems a bit off.  No, not the series.  Season Two of  The Mandalorian has been equally amazing.   Well written and makes me want more.

What is off with the second season is the fans.  They seem to have forgotten how much we love Star Wars and this series.  In the midst of amazing episodes, the fans want to nitpick and complain.

First is the outrage over Grogu aka the The Child eating the eggs of the Frog lady. Everyone was upset that a child wouldn’t have a conscience to prevent him form eating the eggs of a lady whose linage would die out without them.

Now some fans are up in arms that Asoka Tano stated she only knew of person in Grogu’s race being Master Yoda.  The outrage is that Asoka didn’t mention nor remember Master Yaddle.

Master Yaddle sat upon the Jedi Council during the events of Phantom Menace.  Yaddle was considered to be very compassionate and wise. This has started a Twitter feed of #JusticeForYaddle.  (I included a couple of the tweets)

“I’ve only known one other being like this. A wise master named Yoda.” pic.twitter.com/rl12NGPJ7i

Master Yaddle died in 26 BBY during a mission to the world Mawan. This was 10 years before Ahsoka was even born.  Some fans don’t accept this and stated that Ahsoka would have known about Yaddle anyway since Yaddle was a part of the Council.

Asoka was assigned to Anakin as a padawan.  She got much of her training in the middle of the war. Even if others had talked about Yaddle, is there any reason to believe they would have shared images of Yaddle with Asoka?

Even if these fans are right, their relentless intensity will wear on the cast and writers of this awesome series.  There is a reason that Daisy Ridley wants nothing to do with making more Star Wars movies.  It is fans like this that ruin it for us all.

Please stop and just enjoy this awesome show while it lasts.  I remember the dark times. The times after Return of the Jedi when we thought that we would never get Star Wars again. We have it again and it is amazing.  Please stop before it ruin it for us all.