Happy New Year to all of my readers. To celebrate the end of 2011 and the beginning of 2012, I decided it would be fun to look back and make a list of my favorite shows, comics, and movies from 2011.

This selection may surprise some people but my wife and I really love this show. It is a twisted intrigue laden television series that has grabbed our imagination. A show about a twin sister who fakes her death while the other one assumes the first sister’s identity. This show has layers upon layers. It had characters that are complex and most are likable. The hour flashes by and my wife and I are always disappointed that it is over.


Runner Up- Once Upon A Time
This was a difficult selection. The 2011 Summer and Fall new shows had several winners. Once Upon A Time is one of the best. It has overcome numerous assumptions of what a fairy-tale show could be. This show is smart, geeky, and fun. I am perfectly happy to let my 10 year old daughter watch it with me while I don’t feel it written for kids only. I had a difficult time not selecting this show as the best. Yes there was only one issue out of this new series but I really dug it. It was a fun re-telling of the  Wizard of Oz in a Wild West setting. It has a ton of potential. This is the most excited I have been for a comic from not from the Big 2 since the start of “Project: Superpowers”.

Runner Up: Bionic Man
I did flip flop on the order of these two books more than once. The Bionic Man is 5 issues in and has not disappointed yet. I am loving Kevin Smith’s vision of Steve Austin. This is a fun ride for any fan of the old TV show and anyone who loves a good cyborg or spy story. The Bionic Man is already a favorite of mine that goes straight to the top of the comic pile.


Honorable Mention: Avengers 1959- hard to beat Nick Fury, a bunch of future villains and anti-heroes forming a group to stop Nazis in the 50s.

I do love the Harry Potter series. This movie put the cap stone on the end of this series. I am in process of reading these books so I am judging this movie on the series of movies and not on the books. This by far is mine and my daughter’s favorite movie of 2011.


Runner Up- Thor
I discuss Thor a little further down but I loved this adaption of the Norse Thunder god from Marvel. It was a fun ride that was kid appropriate while continuing to be smart and full of great effects. It has me psyched up for the Avengers in 2012. 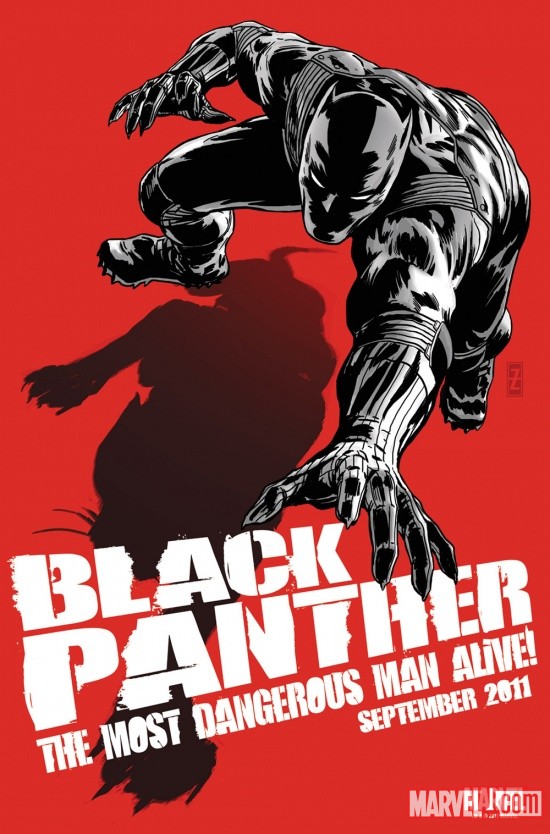 I have been loving this comic ever since the Black Panther took over for Daredevil. I gave it a chance but never expected to collect it beyond a couple of issues.  I am glad I continued to read it. I love this run and the character building. The art is great and the stories have this on the top of my read list every issue. Too bad others have not given this a chance because it has been canceled.

Runner Up- Here Comes Daredevil
I was sucked into reading Shadowland and very disappointed how it sold out at the end. But out of the ashes of Shadowland, we have a Black Panther series spring up and then a fun Daredevil miniseries dealing with Matt attempting to atone for his bad behavior, and finally a new Daredevil series that is pure fun.  As long as I remember, Daredevil has been dark, tragic, and driven character that reminds me of a brooding Batman. Matt and his alter ego have taken a lighter mood but without giving up good story telling.  I am loving this new Daredevil series significantly more than the previous series.

Honorable Mention:  Amazing Spiderman- It was extremely difficult for me not to pick Amazing Spiderman in one of these two spots. I am a huge Spidey fan and the stories have been really good over all in Amazing but it did not make my top two in 2011.

This was a tight race for me. I loved both Thor and Captain America for different reasons. Both were a blast to watch. The mythos of Thor and the magical realms won out in my mind. This not only was a fun movie that stuck close enough to the comics but was visually beautiful.    My Ten year old daughter also loved this movie.

Runner Up- Captain America:The First Avenger
This was a great combination of Super Hero/WWII movie. I was very happy how they set the movie during World War II rather than attempting to adapt it to today’s day and age. They stuck fairly close to the comics and made it very easy to transition Cap to Avengers movie coming out later this summer (now it is 2012).

Honorable Mention: X-Men First Class was fun but was not kid appropriate and ventured too far away from the comics and Green Lantern was decent but not great.

I am completely engrossed in this series. I love the characters and how they deal with the world being flipped upside down. Many people disdained the Missing Girl- Sophia story line.  I don’t feel that way at all. It gave them a chance to build characters and show us what the various members of the group are made of.  It reinforced my distaste for Shane while making me realize that he is not completely wrong. These episodes had a slow burn with a great payout for the mid-season finally. It has caused me to think what I would do if facing a zombie take over.


Since I don’t have pay channels like HBOC, Starz, and Showtime, I have not seen series like True Blood, Game of Thrones, and Boardwalk Empire so I could not take them into account with this selection.

It was a huge challenge selecting my second favorite show.  I went back and forth with several shows including some new ones.  I selected Nikita because this show has grabbed me and I can’t wait for the next episode after viewing one. Season two has been even better than season one. This show has grabbed the rich history and Lore of the Nikita and Point of No Return movies and the previous series but makes it this shows own. I love Nikita’s protege, Alex, her back story and new focus for this season.


Honorable Mention: There are so many: Here are my lists. Action/Suspense/Spy shows like Covert Affairs, Ringer, Hell On Wheels, and Castle were in contention. I also had Comedies like Big Bang Theory, How I Met Your Mother and Hot In Cleveland on my list. Of course I had a bunch Geeky Sci Fi shows on the list like Once Upon A Time, Grimm, Falling Skies, Haven, and (last but not least) Dr Who.


Conclusion:
The year of 2011had many challenges for many of us but finding good entertainment was not one of them. This is the list of my favorites but what are yours? Comment and let me know what you the readers think of my list and what makes your list.