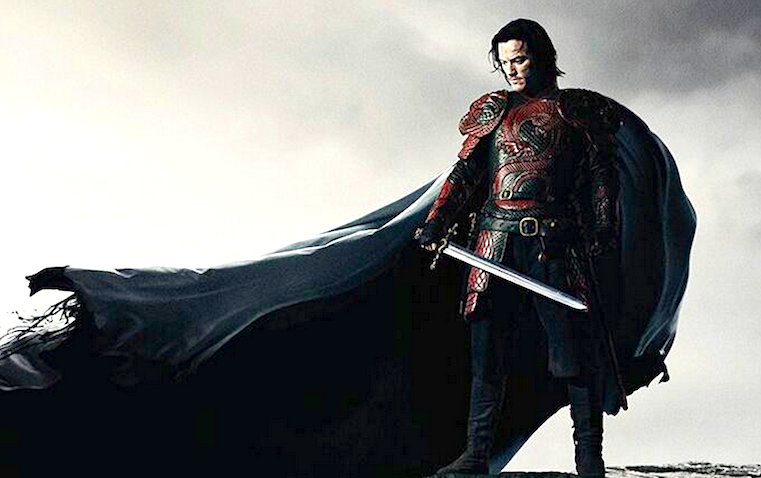 My Buddy, Mr J. Christopher Wilson is reviewing some movies and series.  He has agreed for us to post his reviews here.

One winter’s night as the snow fell quietly over our fair city, I went on a date with a girl I’d been seeing. We’ve since gotten married, had a child, and are living our best lives. We drove through the white storm to watch BRAM STOKER’s DRACULA in theaters. We were the only ones there. The origin story was unique and intriguing. It’s a great memory for us.

I was excited to see another Dracula origin story pop up. While DRACULA UNTOLD is a bit older, I never saw it when it came out in 2014. Focused on his love of his family and his loyalty to his country, Prince Vlad the Impaler is forced to not only pay tribute to the invading Ottoman Empire to ensure peace, but he must send 1,000 boys to the Ottomans to be trained as soldiers, including his own son.
Prince Vlad agrees, but finds himself unable to follow through with the trade of his 10-year-old son setting off a chain of waring events. The sultan orders an invasion to obtain the boy.
Vlad seeks help from the supernatural beast hidden within the caves high upon the mountain. There he asks the ancient vampire for help. The beast offers his blood and a warning: obtain his powers for three days, but do not feed. To feed on human blood will permanently transform Vlad into a vampire. It will also free the original beast from his mountain prison and allow him to roam. I didn’t find that aspect explained well. Why is the beast imprisoned but if Vlad feeds and trades places why is he not imprisoned as well? A plot hole it seems.
Dramatic, emotional, and also action-packed, DRACULA UNTOLD offers a nice foray into the Dracula mythology. We feel the prince’s turmoil as he struggles to balance his need to keep the peace for his people and also protect his son from a brutal upbringing. As he uses his three-day powers to fight off the Ottomans, his people become disturbed by his transformation that they believe is demonic.

I enjoyed DRACULA UNTOLD and found it not only fun but emotionally complex for a monster film. The dichotomy of doing the right thing for a ruler’s country may in fact be the wrong thing for a leader’s family. That balance is fascinating to me. The supernatural aspects were interesting and gave the movie a nice set of action sequences. I liked it better than audiences. This didn’t fare well in theaters. It has a 58% rotten rating with audiences and 25% with critics. As a Saturday afternoon popcorn movie it fed my need well enough.
Grade C+
Available on Netflix