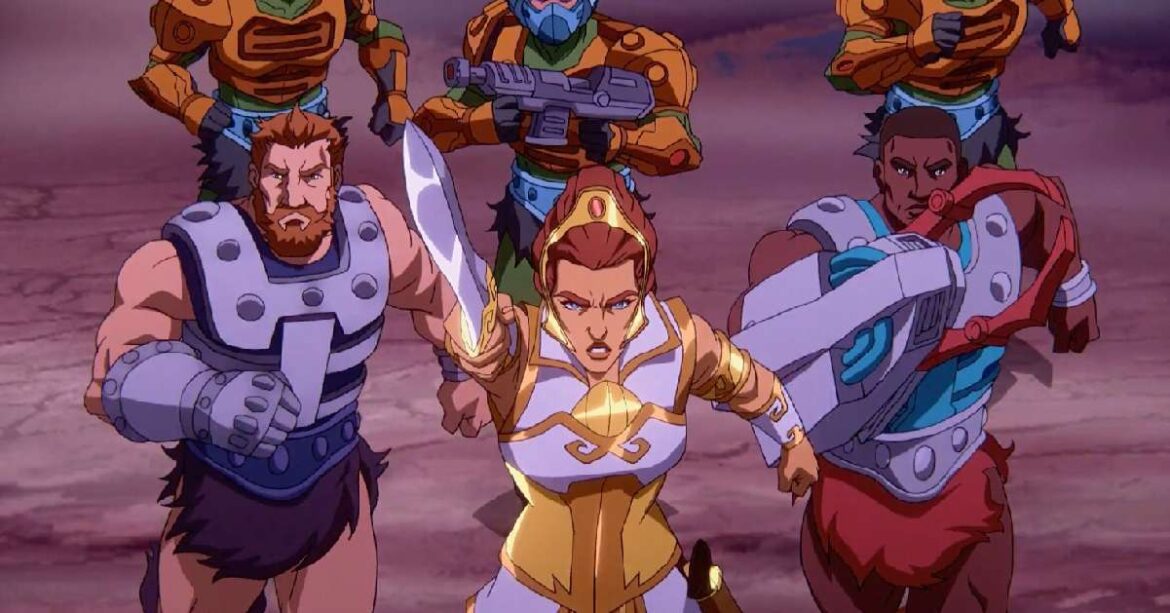 My good friend, Chris Wilson, wrote the following review of Masters of the Universe: Revelation.  I know a lot of fans are unhappy with some of the choices and how they feel that Kevin Smith wasn’t honest about this series.  But is it a good series and watchable?  Check out Chris’ review.

“Masters of the Universe: Revelation” is a He-Man love letter to 1980s youth fans, especially those of us who may [ahem] still have some of their old toys. In the middle of my adolescence, I decided to sell many of my toys, choosing to grow up; however, I kept some of them for nostalgia. Just in case I might want to give them to my kids someday. Those remaining toys—including a never-opened, original Castle Grayskull in incredible condition—are proudly displayed in my new office. (I still have some characters in a box because I didn’t have room for.)

This nostalgia drives “Revelation.” With an adolescent sense of humor and puns, traditional animation, and a comic book feel, “Revelation” does what “Super 8,” “Stranger Things,” and the upcoming “Ghost Busters: Afterlife” all attempt to do: connect to the 1980s sense of adventure movies, Saturday morning cartoons, and playing outside all day with no supervision.

With this nostalgia and fan focus, “Revelation” skates closely toward an exclusive He-Man club. The series does assume some nuanced foundational understanding of the characters. That may turn off some non-fans and new fans at first. But hang in there.

The solid storyline, the unexpected bold story moves, and the strong female focus, brings the He-Man universe into the 21st century while keeping its roots. Teela, you see, and her sidekick are bad to the bone. They aren’t relegated to the background and they aren’t eye candy. We have real characters with real human emotions who battle themselves and their interpersonal relationships as much as they battle the evil of Skeletor. I dig it. I dig it a lot. And while new fans may struggle a bit with feeing like they are missing out on some nuances, this storyline is one in which they can bite into and hold on, creating a new generation of fans who want to know more about those toys in dad’s office or boxed up in the garage. The generational connection is there for those who wish to get their new and old need on together. It might be best viewed in the present of an old, 80s fan.

With Kevin Smith on deck as executive producer, story editor, and writer for episode #1, and Mark Hammil as the voice of Skeletor, you can’t expect anything but great nerdness. But it is serious nerdness and you have to understand that.
The story out now is part 1 and leaves us with a gorgeous 1980s comic book cliffhanger.
Available on Netflix.