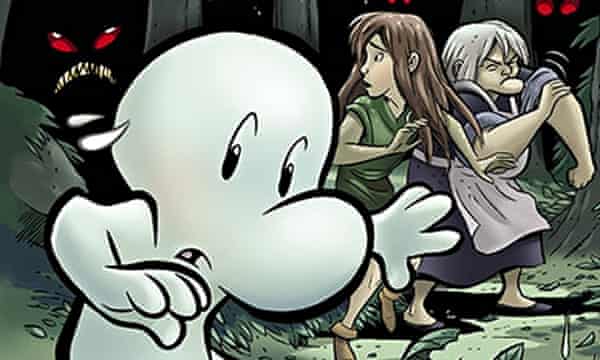 Jeff’s Smith’s Bone comic hit the shelves of comic stores way back in 1991.  This all ages adventure comic isn’t just for kids.  It blends blending comedy, horror, and high fantasy in this comic.  It ran from 1991 to 2004.  This independent comic got it’s big break when Scholastic Books released the stories in reprinted graphic novels.  Since then, Bone has gain popularity. Back in October of 2019, Netflix announced an animated series based off the comics.

The Netflix’s Bone animated series is still in the writing process.  Jeff Smith stated in an interview with Polygon that he is very excited for the series and even more excited about the creative crew for the series.  This is his dream creative team to work on adaption his comic and character. “There were a couple of people that worked on some shows that I [asked about] because I watched a bunch of Cartoon Network shows and some Netflix shows. Is this person around? Can we get this person? What’s this guy doing now? Or what’s she doing? And thanks to the pandemic, I was able to get everybody I wanted.”  (Polygon)

We are excited to see the adaption of this wonderful comic into a KOOL animated series.