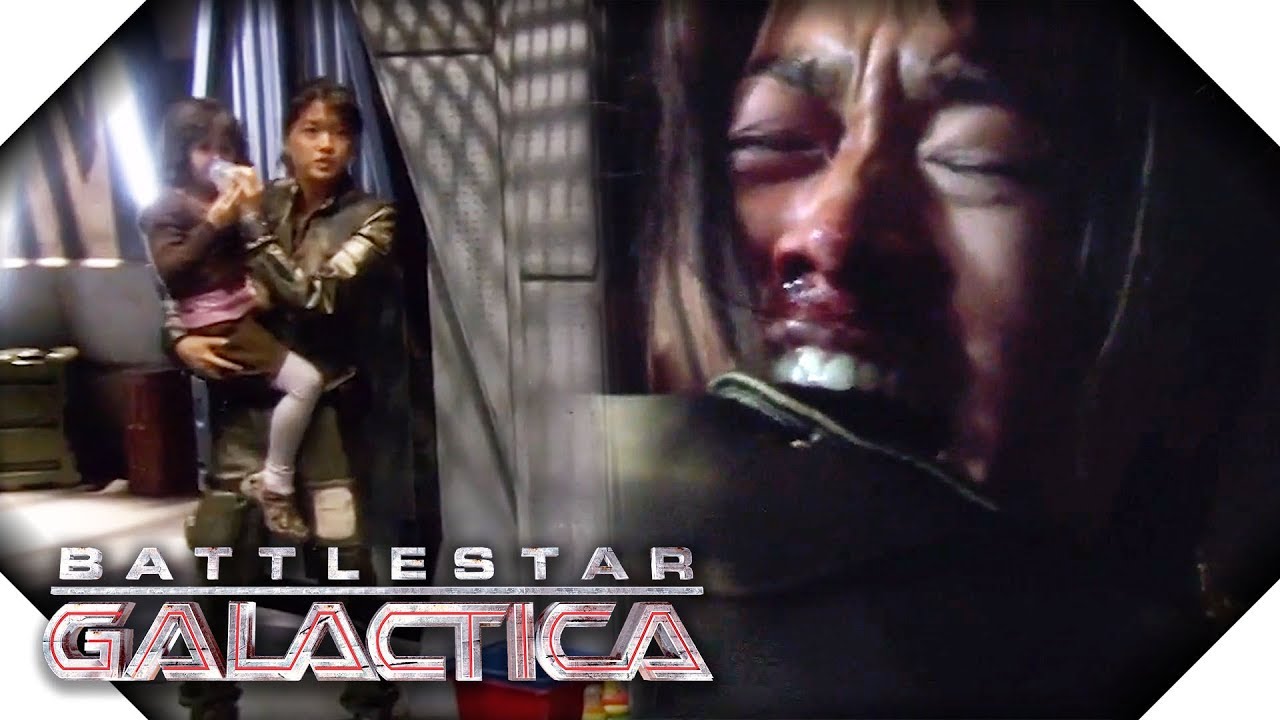 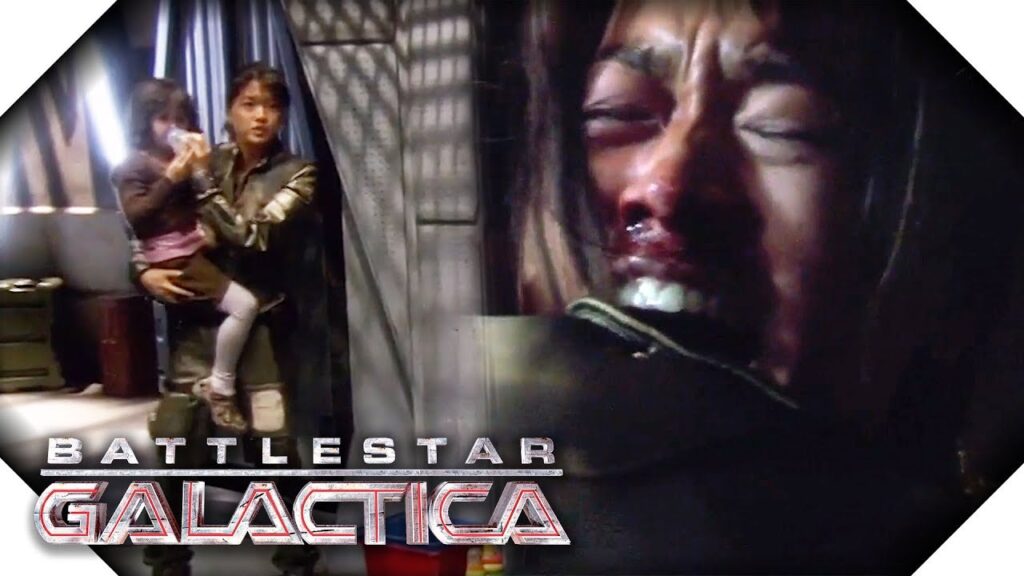 There are moments in every great television series that resonate with you.  Those moments that make us think or laugh out loud or just make us realize that someone gets me in a way I cannot express. Sometimes it is your favorite characters. Sometimes it involves characters you hate.  Sometimes it is that moment that the whole series changes.  Here is my list to Top 10 TV Moments over the last 20 years.  Ace (AJ) created a list of hers from the last 10 years.  I included a clip with each scene.

Caution: Some of the videos are intense. Not recommended for all ages.

This was the first episode of Alias from J.J. Abrams. I feel in love with this show the moment Sydney went rogue and tried to fix things on her own. She died her hair red and acted in a whole different role. It was truly one character acting like a different character and came across amazing. I knew I loved this character and was hooked on this show for the entire time.

This scene was so moving and completely changed the character of Carl. He went from the scared boy to a character with a lot of depth. Shooting your mother because she will turn into a walker is nuts for a boy of his age.

Runner Up Scene: Death of Glenn. This could have been the choice. It was pretty much a toss up. The introduction of Negan and how vicious he could be along with the death of a favorite character. Almost as crazy as shooting your mother.

Here is the scene that hooked me on Netflix’s Daredevil. This is an amazing shot and cool fight scene. It reminds us that street level heroes like Daredevil are very human and they take a beating while winning the fight.  Such a cool visual with no breaks in the scene.

Runner Up Scene: Car Door- We find out how intense and violent Wilson Fisk aka The Kingpin is with this scene.  He personally bashes in the head of someone how disappointed him in a car door.  It is gruesome and almost out of character but it helps redefine and the audience to understand why Fisk is the bad guy.

7) Game of Thrones- Death of Joffrey

I don’t know if a death of a character has ever been more gratifying. There are a lot of despicable characters on Game of Thrones that you hate but Joffrey was the the cruelest and most evil of them all. He loved the suffering of others. He did things just to torment others. I have never been happier about the death of a character and how he died.

Runner Up Scene: Red Wedding. Here is a scene that changed the whole plot of the series. You killed off two major characters in an ambush at a wedding. It changed the war that was waging. It leaves you with despair. This easily could have been the pick but the death of Joffrey slightly triumphed it.

The Doctor is convinced he has to let everyone die in Pompeii. They went there to set history right and then the Doctor was going to leave and let everyone die. In one of the most emotional interactions between Donna and the Doctor, she convinces him to go back and save Caecilius and his family even though it is a “fixed point”. Makes you think what would you do if you were a time traveler. I would mess up history. No doubt about it.

Runner Up Scene: The Doctor And Rose Say Goodbye. This heart wrenching scene ends the love affair of the Doctor and Rose. Rose confesses her love and the Doctor tries to say it back but doesn’t have time.


LOST was a show of mysteries and flashbacks. It had a strange island that things were rarely what they seemed.  The first few seasons were amazing but continued to pile up question after question about this strange place.  John Locke was a character that felt the island was divinely speaking to him (since he now could walk).  He found a mysterious hatch and dug it up.  He is at the end of his rope and then a light comes on inside the hatch.  What the???  This was an amazing moment which led to a lot of fun discussions at the water cooler.

Runner Up Scene:  Polar Bear.  Is there a bigger What the ??? moment in this series than when a polar bear comes out of no where on a tropical island.

This is the 100th episode special for Stargate SG1.  The group is stuck in a time loop and restarting the day over and over again. The only ones that know it are Teal’c and Jack.  Historically they have been the most serious characters on the series. They take this opportunity to just have fun since they know the day will continue to repeat.  Yes, it is like Ground Hog Day but with very different characters.  My favorite episode of all time.

Runner Up Scene:  Meeting Thor- Jack accidentally downloads all of the knowledge of the ancients in head.  This leads him to meet the Asguardians aka the Grays.

Firefly is one of my favorite shows of all time.  The crew saves a small town from thugs.  They have a celebration where the crew is drinking and having fun.  A young lady does a particular dace for Mal then they find her on the ship after they take off. She thinks she is married to the Captain.  The interaction with the crew is so amazing on this episode. Sheppard Book (my favorite character) confronts Captain Mal about take advantage of this young lady.  It is a Priceless.  Yes, they discover, this young lady is playing her own con game but still my favorite scene.

Runner Up Scene: Hero of Canton.  When we find out the Mudders believes Jayne is a hero and sing a song about him.  This is priceless.

I wish I could have found the whole scene together. I put up two videos to really show what was going on. This series is fantastic at reminding us what it is like to be a middle schooler. This resonated with me deeply with the kids at the dance. It nailed life at a middle school dance in the 80s. I was in Dustin’s position and crashed and burned with asking some girls to dance.  Then it reminds us at the end that the Upside down is not yet done with us yet.

Runner Up Scene: Quarry Scene. Here is the scene that really demonstrated the power that Eleven has. It reminds me of my time standing against bullies when I was their age. The horribleness of being bulled and what happens when someone can kick the bully’s butt. I cheered the tv when I first watched it and still cheered when I watched this clip.

1) BSG – Boomer is a cylon-Shoots Adama

Here is my number one top moment from TV over the last 20 years. Battlestar Galactica is one of the few shows that rebooted and got it right.  This series was amazing. You really didn’t know what was going on but it was well acted and things would come out of no where.  Boomer shooting Adama was one of those scenes.  This started the process for us to understand that Boomer is a Cylon.  She was planted as an enemy agent but had no idea what was going on.  This created a whole new intrigue with this series.

Runner Up Scene: We Are at War Speech.  This is from the first episode of the miniseries.  The Battlestar Galactica is old and ready to be retired. What was suppose to be a day of peace results in a day of defeat and and war for the Colonies.  Commander Adama is on the verge of retirement. The ship has no ammunition.  This speech gets everyone ready to insanity ahead of them.

There is my list.  Let me know what you think.  What did I leave off and what did I get right.