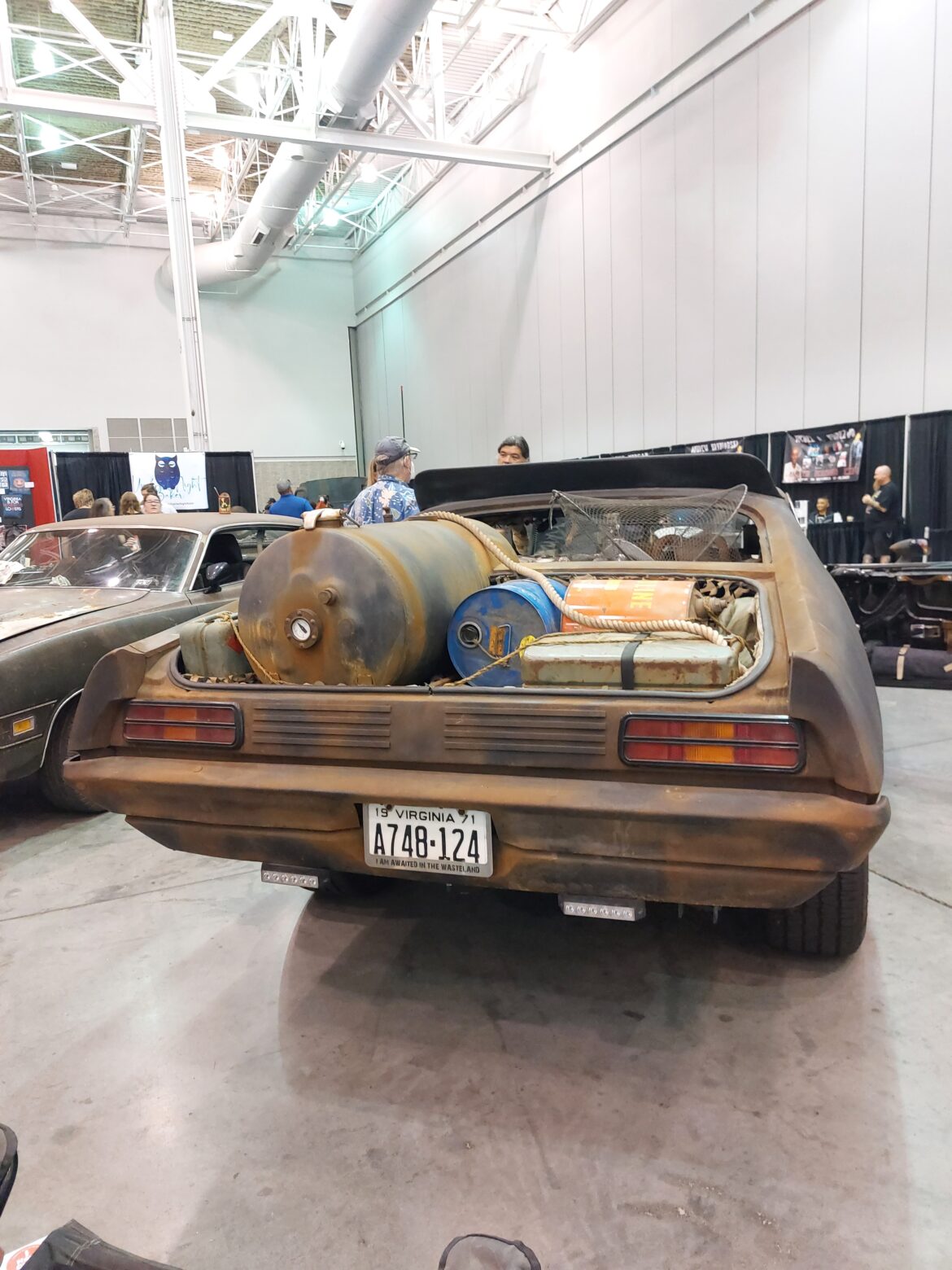 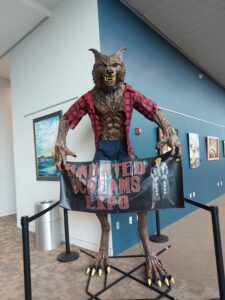 What do you do when your Fiancee is a published Horror Author(and GeekyKool contributor), and there is a Horror Convention in the same town you reside in….You attend it of course.  So that is what Ashley Grant and I did for our “Sunday Funday”(thank you to the Bangles for saying “Sunday is my funday).  Of course having actors such as David Naughten(An American Werewolf in London) and Butch Patrick(Eddie Munster) in attendence, is just an extra added treat.

There were plenty of Kool Cosplayers, who made some really awesome costumes, along with a multitude of vendors selling all kinds of creepy and spooky items.  The usual autographs from Celebrity Guests(and they had celebrities on both end aisles, ensuring no matter which side you started on, you saw opportunities for photos and autographs. various vendors selling everything from spooky dolls, to skulls and dragons to Lightsabers were available for purchase, and the prices were generally better than at most Cons.

They had plenty of Vehicles at the Con Including 2 Mad Max Cars, ECTO-1 from Ghostbusters, the Truck from Jeepers Creepers, and the Original Dragula from the TV show “The Munsters”.  I spent some time talking to Butch Patrick, mentioning that I grew up watching The Munsters when I was a kid.  I bought his book titled “Munsters Memories”, and I asked him “what advice if any did he get from the other actors on the show(Fred Gwynn, Yvonne Carlo, Al Lewis)? Butch said “they gave him acting advice, as well as social advice, on how to deal with fans”. Watching him interact with people, as well as myself, he definitely understood that the treatment of fans, was just as important as the acting in front of the camera.  If you watch the Rob Zombie reboot on Netflix, that just came out, Butch plays “the Tin Man”, so it is nice to see him, come full circle.

Below are the pictures that I took while walking around the Con. It was a small Convention, but everyone seemed to be having a good time, and I look forward to its return Next Year. 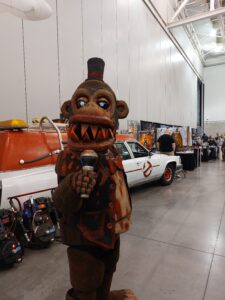 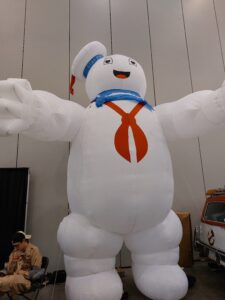 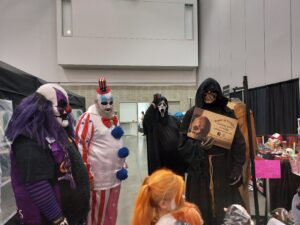 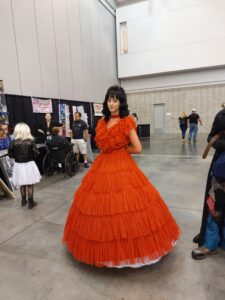 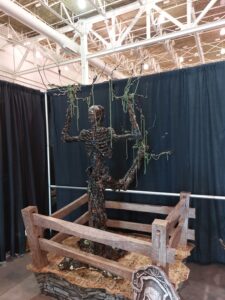 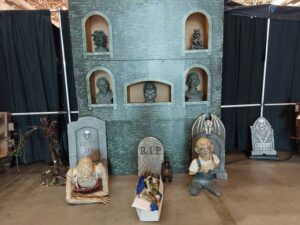 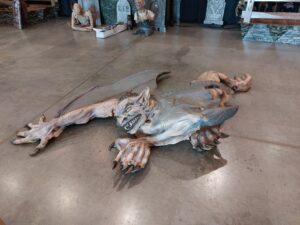 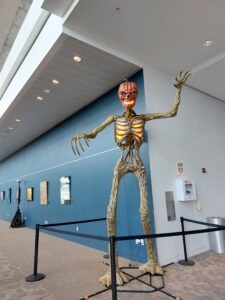 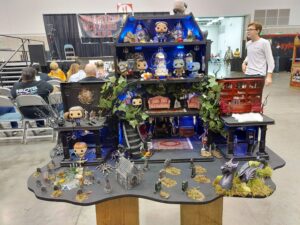 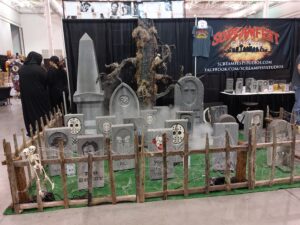 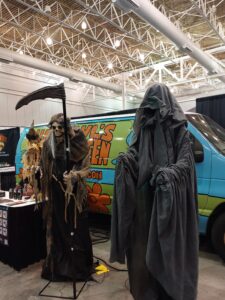 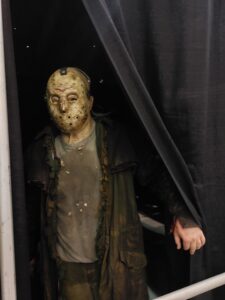 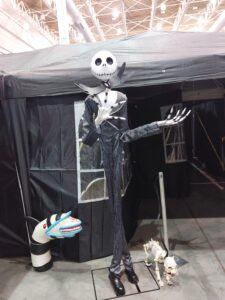 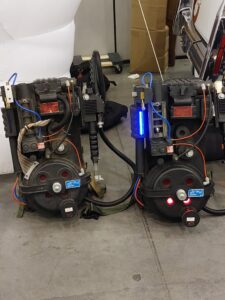 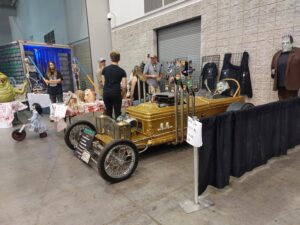 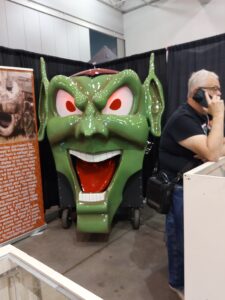 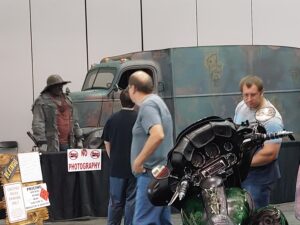 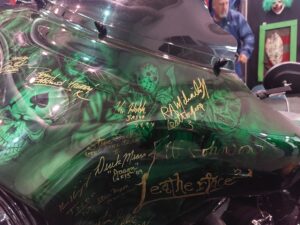 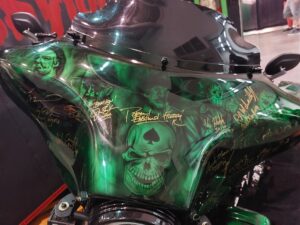 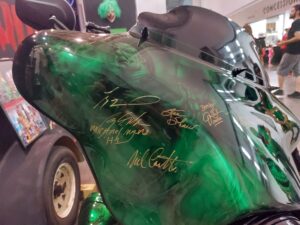 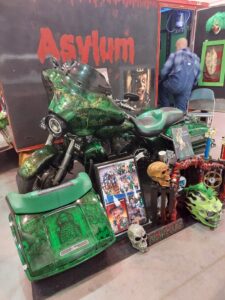 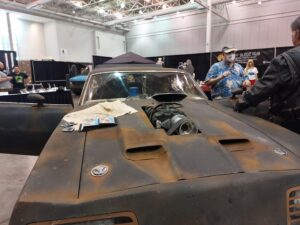 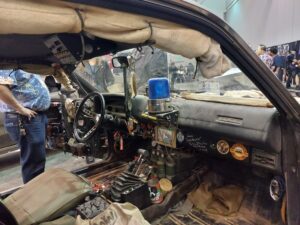 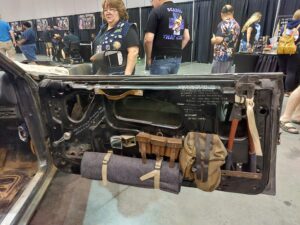 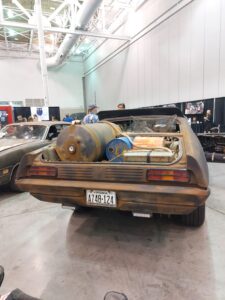 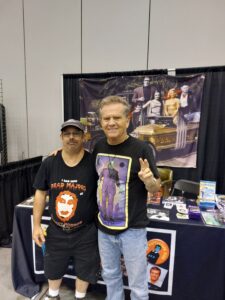