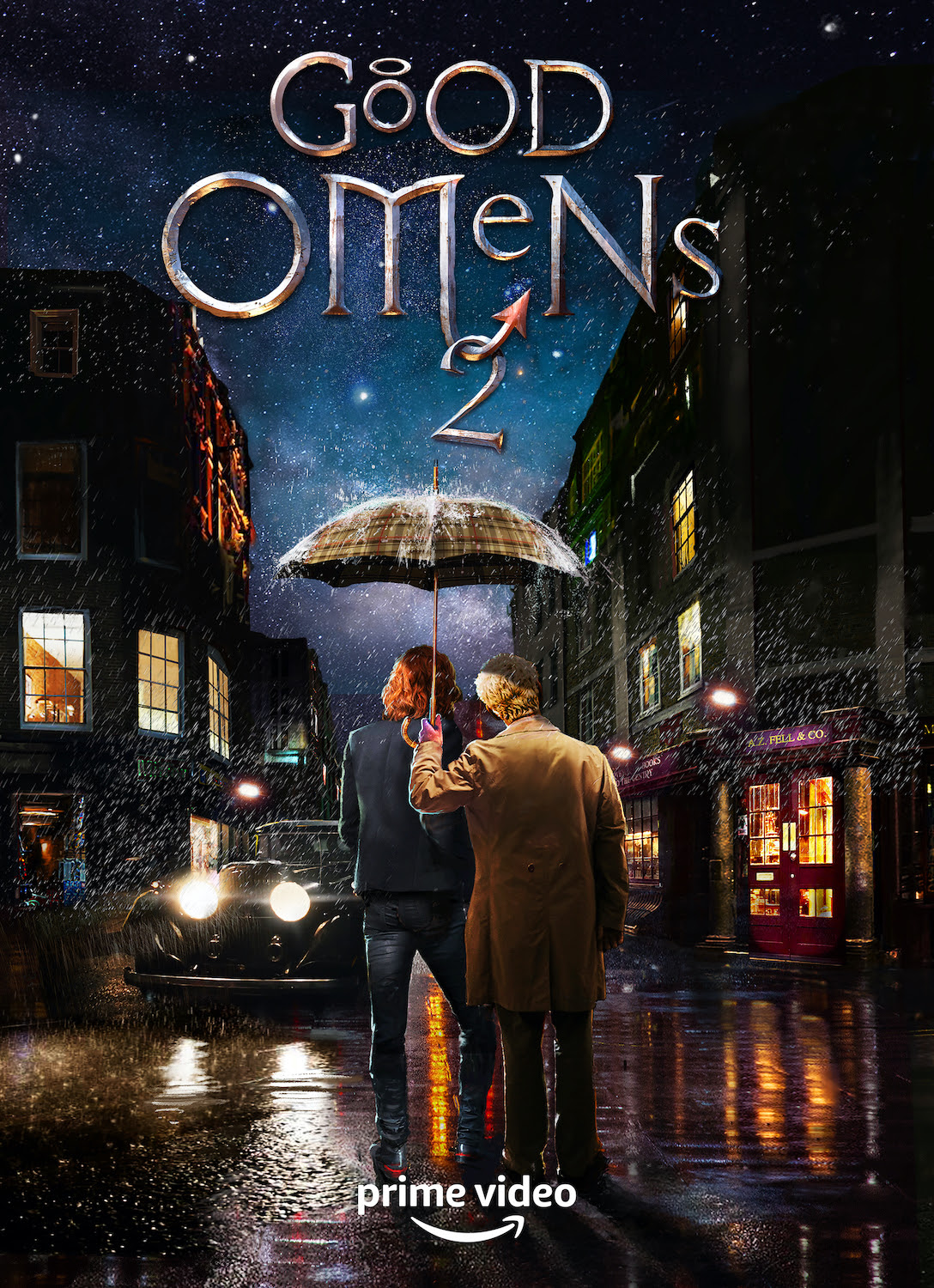 BBC Studios and Amazon Studios have partnered together to give us Good Omens Season 2.  The unlikely duo of an angel and a demon helped save the world from the Apocalypse.  What will the angel Aziraphale and demon Crowley be up to this time?  Michael Sheen returns as Aziraphale  and David Tennant returns as Crowley.

The original story was written by Neil Gaiman and Sir Terry Pratchett. Terry Pratchett has passed away.  Pratchett and Gaiman had plotted out a sequel but had never written it.  Gaiman will write it with John Finnemore.  Gaiman will be executive producer and co-showrunner with  director Douglas Mackinnon.

Michael Sheen says: “Personally I’m against it, but the world isn’t going to just save itself, is it? If David and I can manage to not fall out too badly this time it may even have a chance of getting finished.”

David Tennant says: “The return of Good Omens is great news for me, personally. As I get to work with Michael again, and I get to say Neil’s wonderful words once more. It’s probably less good for the universe as it almost certainly means there will be some fresh existential threat to its existence to deal with, but, you know – swings and roundabouts…”   (David Tennant)

You can expect 6 episode in season two.  They will begin filming in Scotland later this year.  It is anticipated on Amazon in 2022.

What glorious (and dangerous) trouble will our favorite angel and demon find themselves in this time? 😇😈 Good news! #GoodOmens is returning for Season 2 on @PrimeVideo. pic.twitter.com/cFJQMo0Vkj