Skip to content
Geeky Kool: Why I read Spider-Man over the X-Men 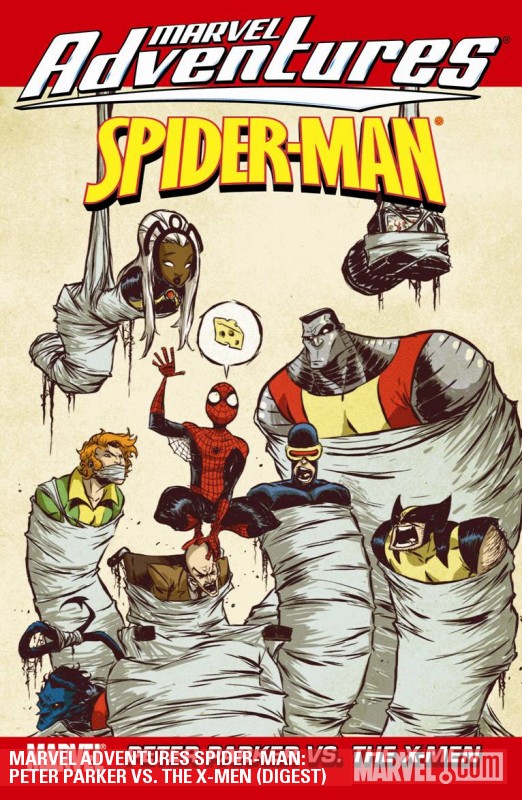 I have always been more of a Marvel guy. My father got me started in comic books when I was very young. he is a big DC fan, who loves the big characters like Batman and Superman and group comics like Titans and Legion of Super-Heroes.  There are a few DC books that I really enjoy but over all, I am a Marvel Comics guy.
I became a Spider-Man fan when I was a small kid. But in the early to mid 80s, I discovered the Claremont/Bryne’s Uncanny X-Men.  I continued to love Spidey but Xavier and his mutants came in a close second.
Even though I love the characters, both Spider-Man and the X-Men have had moments that have frustrated me.  Spider-Man had the dreaded Clone Saga. I am still upset over the crazy re-writing of Gwen Stacy and her supposed relationship with Norman Osborn. Do I even need to mention the deal with the devil (or at least a demon) Mephisto of One More Day?
The X-Men have had plenty of their own crazy stories that left me wondering why I would continue to read. How many times can Xavier miraculously walk again and then tragically lose the ability again in a few issues? I am not sure I can name one character who was not dead at one point and then came back to life. Some of the characters have died numerous times but always come back.  And how many alternate futures can characters jump back to the X-Men days?
There was a point in my life when I had to stop collecting comics for several years. When I started back up a few years ago, Amazing Spider-Man was the one of the few comics I started with.  I thought about adding Uncanny X-Men but never added it.
As I considered why I never added back one of my all time favorite comics, it became clear to me. Before I had to stop collecting, X-Men became too involved with crossing over between their numerous titles. At least once a year, they all cross over and you have to read each issue. I would be lost reading certain titles only a few issues a year. I could not (and still can’t) afford to collect all of the X-series.
On the other hand, Spidey has not really done the massive self cross overs.  At times, Spider-Man has also had numerous titles.  But they don’t usually cross over. The Spidey comics would reference events in the other series and include a footnote of where to read that story. If a story started in Amazing Spider-Man, it might take several issues to bring to fruition but it usually would only be in Amazing.
If things change in the future and I could get away with just reading one main X-Men comic book, I would consider it. But I really cannot stand the idea of having to read every series to understand what is actually going on in the X-world (hey that might be the name of the next X-Men series- X-World). Until then, I will have to hear about the X-events and thank Spidey for not doing that to me.
Share
Facebook Twitter Pinterest Linkedin