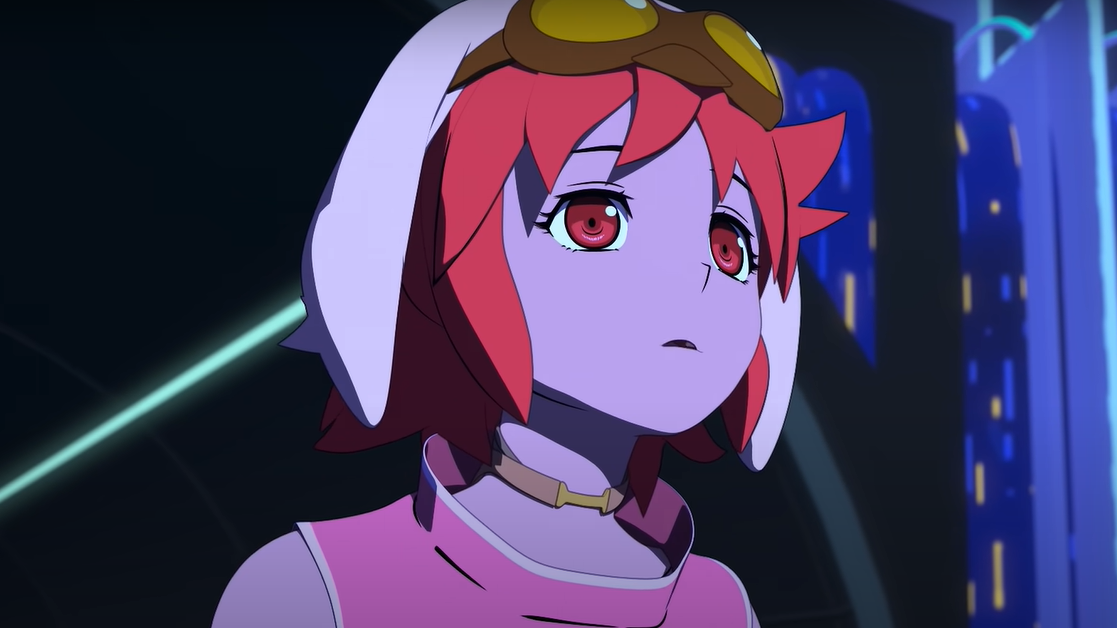 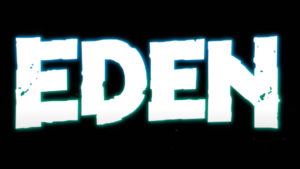 Eden, released on Netflix May 27, 2021, is a science fiction, CGI anime set thousands of years into the future, where humans have disappeared into myth and legend. This series is rated TV-PG and each of the four episodes runs for about 25 minutes.

Directed by Yasuhiro Irie (Fullmetal Alchemist, Cowboy Bebop, Soul Eater, etc.), written by Kimiko Ueno, and with an all-star voice cast (Ruby Rose Turner, David Tennet, Rosario Dawson, and Neil Patrick Harris), this mini-series is one you have to watch! 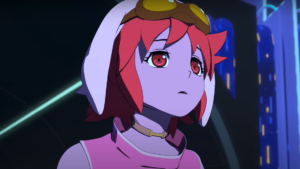 In district Eden 3, two apple-harvesting worker robots, A37 and E92, uncover a small life pod among the roots of an old tree. When they open the life pod, they discover a baby named Sara. At first, they are unsure what to do with the small child because speaking of humans is forbidden amongst the robots. Robots who talk about the legends of humans are sent to be reprogrammed. A37 and E92 decide to keep Sara hidden until they can meet up with a secret organization of robots who secretly gather to discuss the myths and legends of humans or to share new discoveries. 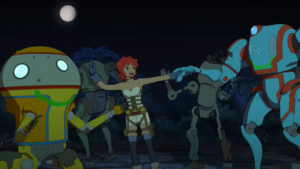 Directed by the antagonist, Zero, a group of patrol robots raid the secret meeting just as A37 and E92 arrive. Before being captured, one of the robots sends coded coordinates to A37 where they can go, outside of Eden 3. The two robots take Sara there to raise her away from danger of detection. Sara grows up among robots who love Sara, and she develops into a spirited young woman who craves adventure. 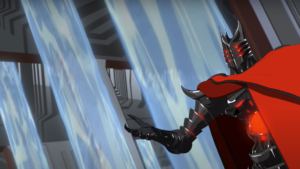 Our family loved “Eden” because it’s full of adorable characters, it’s well-written with enough intrigue and mystery to keep the audience guessing, and it’s a heart-warming story of overcoming adversity. Let me know if you’ve watched Eden, and tell me your thoughts on this family-friendly series in the comments below!