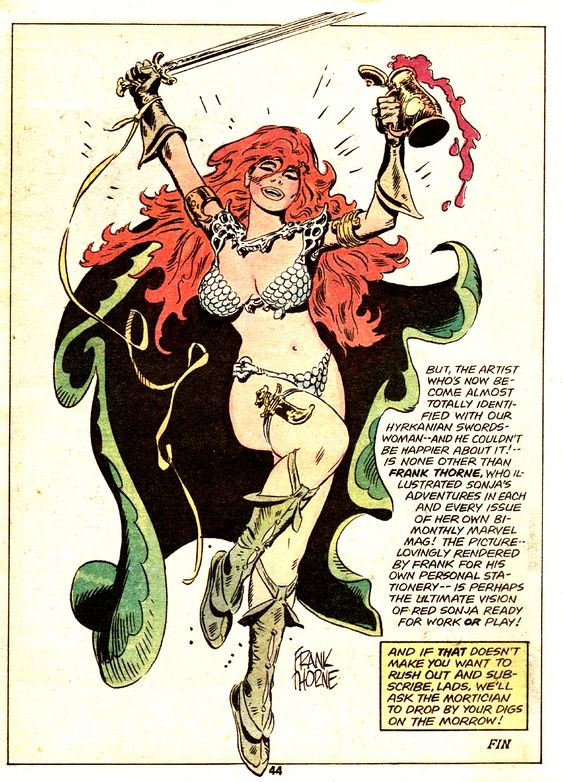 Comic Book Art Legend Frank Thorne passed away. He was 90 years old when he died. He passed away on the same day that his wife passed.

Thorne is best known for his run on Marvel’s Red Sonja.  He has drawn many of Marvel characters over the years.  He did work at DC for a while. Thorne started his comic career in 1948 penciling romance titles. He drew newspaper strips including Perry Mason, Flash Gordon and The Green Hornet.  Thorne went on to create several independent comics and characters.