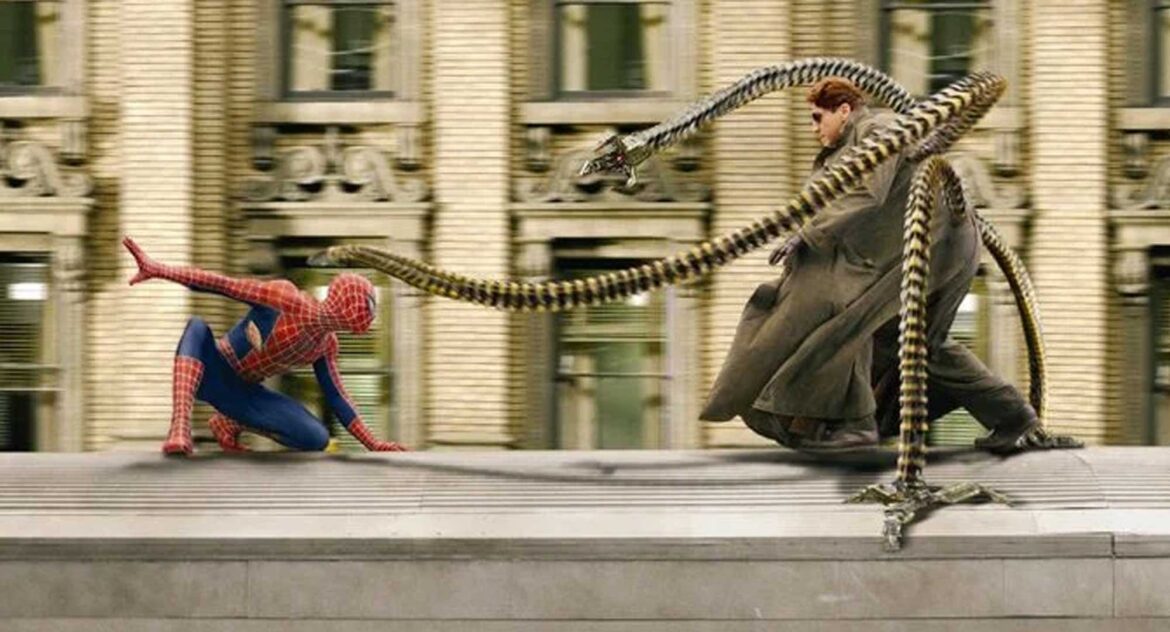 Spider-Man 2 was a huge hit movie in 2004. Alfred Molina did an amazing job portraying Doctor Otto Octavius aka Doctor Octopus.  Last year, it was announced that Molina will reprise his role as Doc Ock for the new Spider-Man movie, Spider-Man: No Way Home.

In this process, Alfred Molina will be de-aged about 15 years.  He is currently 67 years old.  He was 50 years old when Spider-Man 2 came out. This should make him look about the same as hid did back then.

The ending of Spider-Man 2 is being retconned.  Instead of Doc Ock sacrificing himself in the end, he survived.

It is assumed that Spider-Man: No Way Home will focus on the Multiverse which is where Molina’s Doc Ock should come from.   Doctor Strange being a part of this movie makes sense that it will deal with the multiverse.