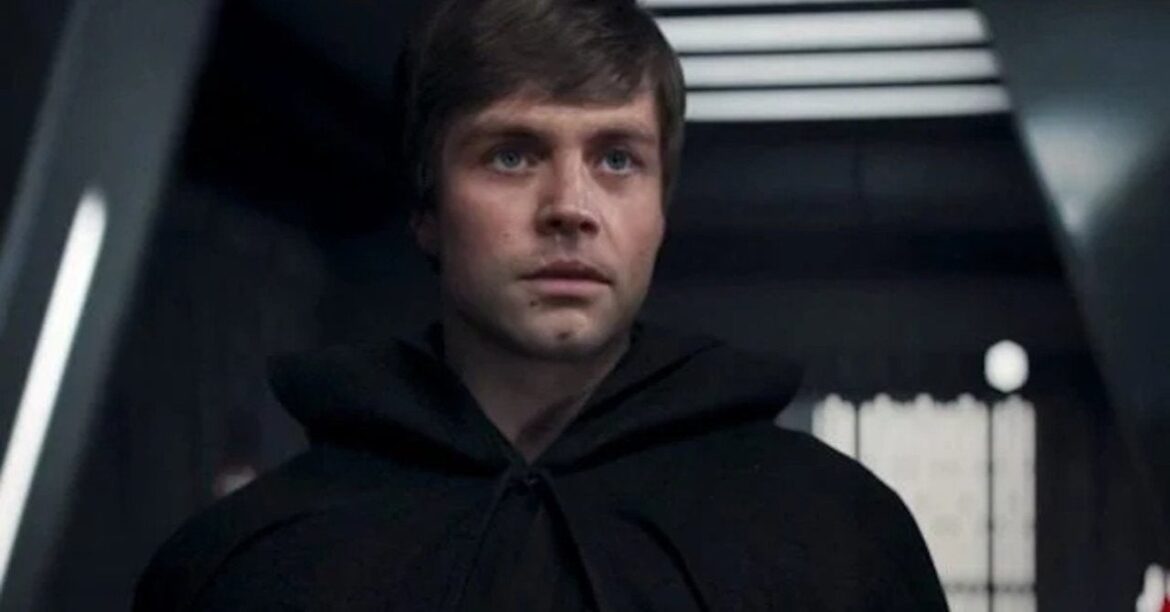 A month ago today, The Mandalorian Season 2 – Episode 8 (Chapter 16) – “The Rescue” premiered on Disney+.  Fans were thrilled by this episode all the way through.  But when the big reveal happened, we, the fans, went from excited to elation with this episode.  We lost our freaking minds out of joy.

The single X-Wing flies across the screen and our hope jumps into our throats.  Could it be true? Is that a Jedi? Could it possibly be?

Fans couldn’t believe their eyes as we watched a Jedi take out squads of the Dark Troopers.  It took Mando all that he could do to just take down one.  This Jedi ripped these robotic trooper apart as Grogu, the rescue team, and  Moff Gideon watched on the monitors.  It was amazing.

When the blast doors were opened and Mando greeted the Jedi, we go our pay off.  This is the moment I had been waiting for since 1983. Seeing a fully trained powerful Luke Skywalker grace the screen in his full glory.

Yes, we did get to see Luke in The Last Jedi. But this was never how 13 year old me wanted to see Luke. I dreamed of Luke having the great adventure.  He would be the hero we watched him become and grow into a more powerful one.  The Luke in The Mandalorian is exactly the one I dreamed of seeing.

In the Early 90s, the novel, Heir to the Empire, came out.  This series took place 5 years after the destruction of the second Death Star. This told an amazing story with Luke as an incredible Jedi.  The Luke that we saw on The Mandalorian was on par with these novels.

Why is this important?  I was six years old when Star Wars came out.  Luke Skywalker was my hero.  He blew up the Death Star.  He learned to use the Force. As the trilogy went on, Luke became even more important to me.  He was my hero and I tried to be like him.

For decades, I wanted to see the return of Luke Skywalker. When I finally got him back in The Last Jedi, he was not the hero I knew.  He was a bitter old man that had forsaken his abilities.  Yes, in the end he did redeem himself.  But it wasn’t the Luke I desperately wanted to see.

This all changed with “The Rescue” episode.  I got the Luke Skywalker that I wanted to see for decades.  Thank you  Jon Favreau and Dave Filoni.  I know a ton of fans that feel the same way I do.

This moment watching Luke in his full glory is so important to me as a fan and I believe it is just as important to a lot of fan.

Let me know if it was important to you.  Did it make you cry?  For me, there was a few tears of joy.