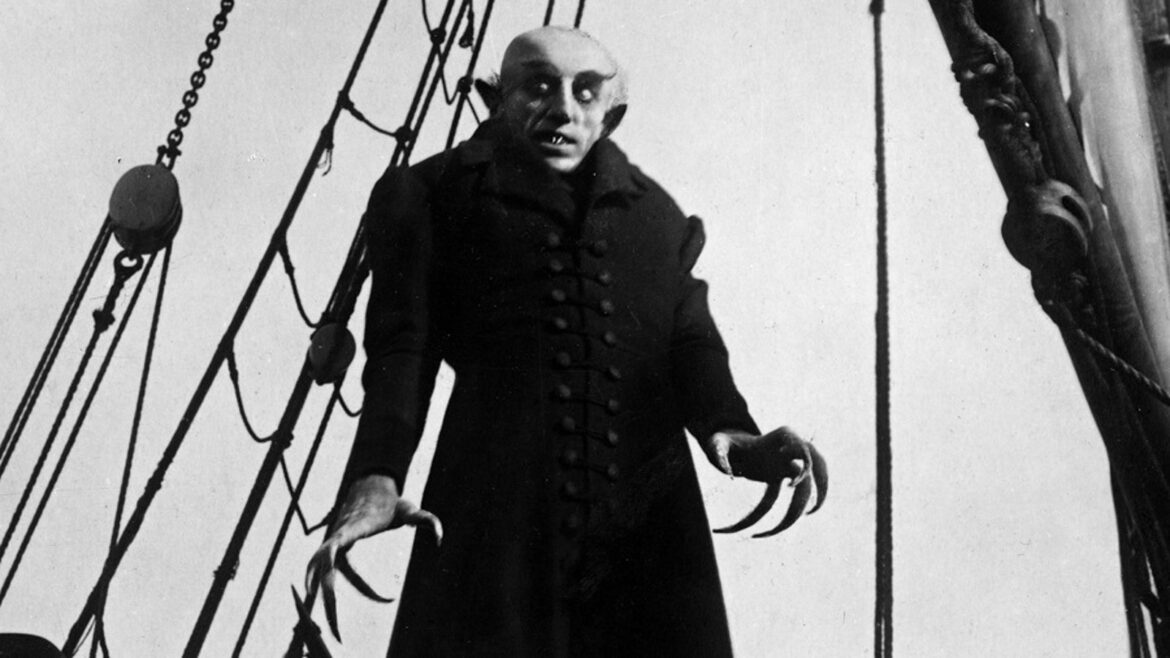 Nosferatu is a classic silent movie horror film with the first movie version of a vampire.  Check out the video about what lead to this German film being created and why they didn’t use Dracula.

1922’s Nosferatu: A Symphony of Horror was by no means an original story. The German silent film directed by F.W. Murnau was an unabashed ripoff of Bram Stoker’s 1897 novel Dracula, albeit with a more terrifying central antagonist, played by the unforgettable Max Schreck. (Youtube)