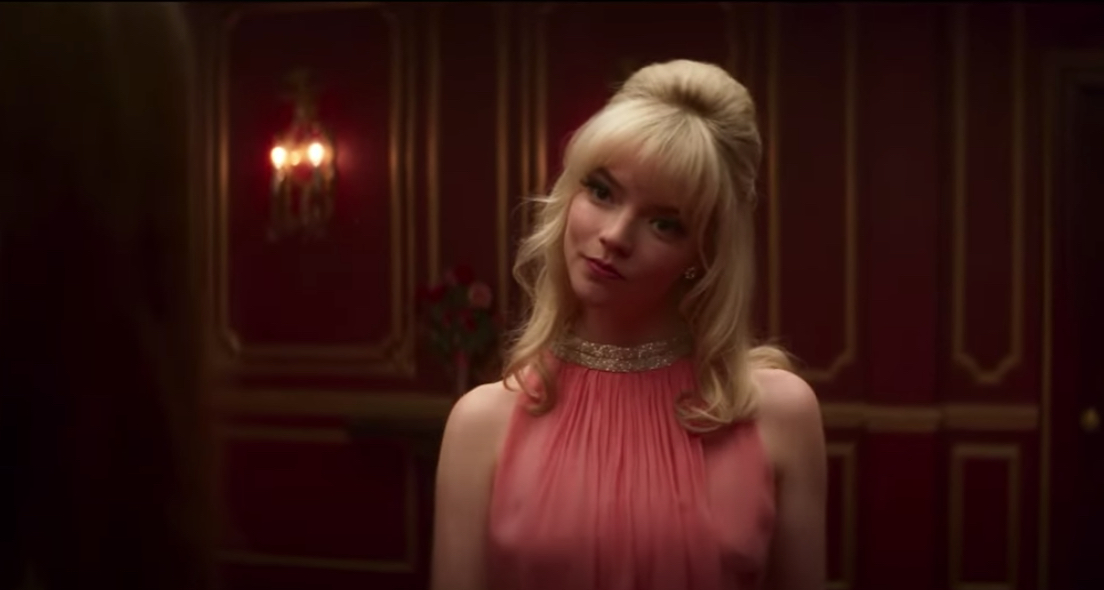 This British psychological horror film is called the Last Night in Soho.  A young fashion designer finds herself mysteriously transported back to 1966 London.  She is her idol, the singer Sandy.  It is directed by Edgar Wright.  It stars Thomasin McKenzie, Anya Taylor-Joy, Matt Smith, Diana Rigg, Rita Tushingham and Terence Stamp.  It is set to open on October 22, 2021 in the United States.