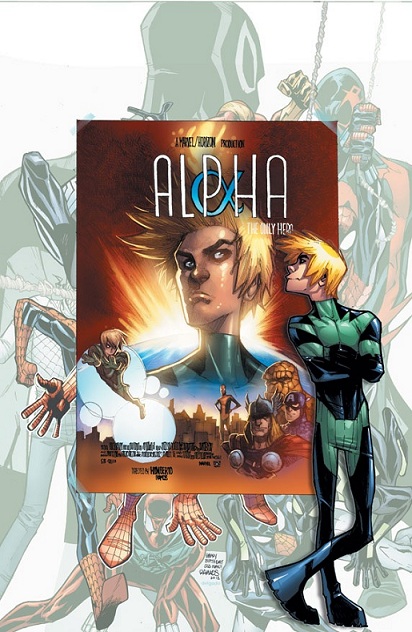 According to Fox News, Spider-Man is about to get his first honest to goodness side kick. He has teamed up with a lot of big name heroes and rookie heroes over the years. This is the first time Peter will have a true side kick.  His name is Alpha and he may be more powerful than Spider-Man. This is happening as Spider-Man comics becomes 50 years old.

Below is an excerpt from Fox News Article: Spider-Man to Get an Amazing Sidekick and you can read the rest of it here.

“Part of it is that Spider-Man is grown up,” said Axel Alonso, editor-in-chief of Marvel Entertainment. “He’s older, more seasoned, but young at heart. He’s still a young man, but he’s been around. It’s interesting because it flips the paradigm. Teen hero Spider-Man is now responsible for this teen hero sidekick. He’s responsible because one of his inventions caused this kid to get his powers. He’s directly responsible for the responsibility this kid now has with his new powers. He feels he has a responsibility to make sure this kid walks the right path, which won’t prove easy.”

Still, the story of Alpha/Andy Macguire is not just a modern day retelling of the Spider-Man origin. It is déjà vu with a twist. While there are many parallels between Parker and Andy, they are also very different. As a teenager, Parker was a poster boy for nerdiness and an easy target for bullies. Getting bitten by a radioactive spider and acquiring super powers did a lot for his mojo, but a shyness and lack of confidence always seemed to follow Parker.

Andy, Marvel editors and writers say, does not have a confidence problem. Like Parker of yesteryear, he is an outcast. However, Andy has a brashness, an edge, that Parker will find challenging, especially as he molds a potentially unpredictable teen who’s more powerful than he is. This may make Spider-Man and Alpha seem less Batman and Robin and more Odd Couple.

There will be more articles on Geeky KOOL about the upcoming 50th Anniversary of the greatest comic book hero (In My Opinion) of all times, The Amazing Spider-Man.