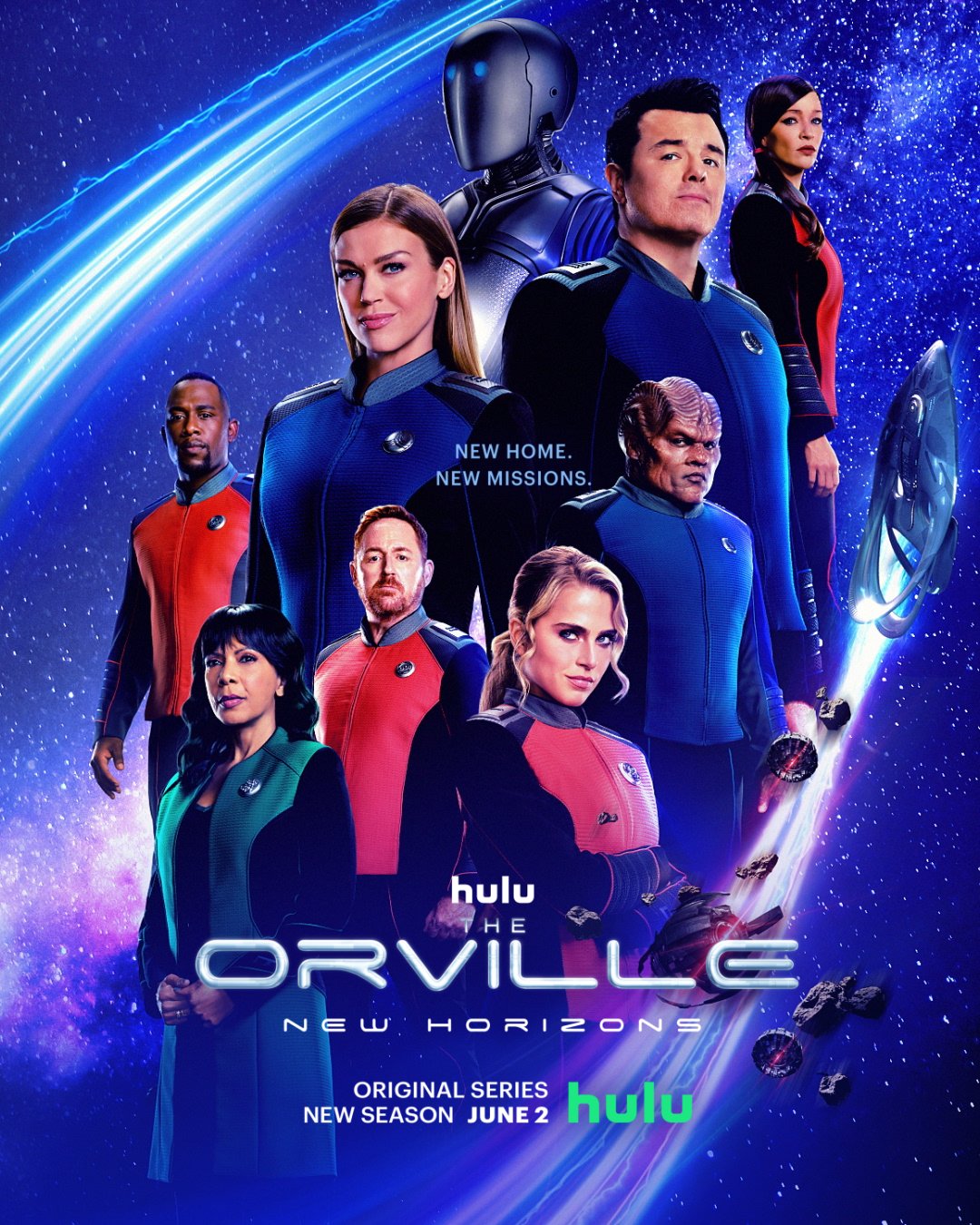 The first 2 episodes of The Orville Season 3 were released on Hulu yesterday, and the first episode, hit very close to home for me.  The plot of the episode involves the aftermath of the Kaylon War, and how it effects various members of the Orville Crew, including its kaylon robot Issac.  To say there is anger and distrust for the reactivated robot is an understatement.  Anne Winters joins the cast as the new navigator “Ens. Charly Burke”. she was on the USS Quimby which was destroyed in the Kaylon War, resulting in the death of her best friend, due to an escape pod malfunction, requiring the pod to be launched by hand.

Issac being a robot, views all the hatred and anger shown to him, is an interesting concept, and it gives him incites to something he was never aware of. Ens. Burke speaks her mind, and even Captain Mercer(Seth McFarlane) lets her know that he has some “misgivings” about reactivating Issac.  A short time later, someone paints the word “Murderer” in Issacs lab.  After an investigation by Lt. Kaylani, it is revealed that Dr. Finn’s son Marcus Finn is the one who did it.  Instead of apologizing, he tells Issac “i wish you were dead”.  A short time later, Issac using a electronic device, commits suicide.  This affects every member of the crew differently, including Dr Finn, who in Season 2 had an intimate relationship with Issac.  Chief Engineer Lamarr figures out a way to restore Issac, but it will involve working in 4 dimensions, and the only crew member who has the skill is Ens. Burke.  Her hatred of the Kaylon is so great that she refuses to do it.  she is approached by Marcus in the mess hall, where Marcus tells her, “I told him to his face that I wanted him dead, but I didn’t really mean it”.  Seeing how hurt Marcus is, because he thinks he is the one who made Issac kill himself, Ens Burke does restore Issac’s brain, while telling him “I didn’t do it for you”.

Dr. Finn tries to find out WHY Issac thought that suicide was the only answer, telling him “people can change and if you commit suicide, you never know what the future would have brought.  I have a serious issue with the way she states this, and I will share something that I wrote in the comment section of Den of Geeks review below.  This first episode was one of the darkest I can recall seeing in a very long time.  It dealt with emotions and situations that usually are not shared on TV, especially not in the Sci-Fi realm. I commend Seth, the rest of the cast and crew, for having the courage to handle what is a deeply troubling subject, with care.  it made for an opening hour that blew the socks off what we thought The Orville was, and sent it into a totally different realm.  A lot of commenters are mad that the episode was so “dark” and without “humor”, but I don’t know how you can joke about such a personnel subject.

The following is the comment I wrote, along with a link to the review of the episode on Den of Geek.

“This episode hit home for me, as I am a 2 time survivor of attempting suicide. I can’t agree with how Dr. Finn labelled “people who commit suicide don’t know how the future will turn out”…..NO SHITE……we aren’t concerned with the future, our goal is to STOP the pain we are feeling in that moment. THAT is the ONLY GOAL WE HAVE. Trust me, when I attempted to kill myself twice in 2003, the future was the FURTHEST thing from my mind. MY SOLE GOAL was to stop falling into a deep dark abyss, that I saw had no bottom, and no way to escape. To hear Marcus Finn say “I said it to his face, but I didn’t really want him dead” IS NOT THE POINT. Marcus was supposed to be Issac’s FRIEND, that is WHY ISSAC didn’t see a way out. The entire crew could hate him, and it wouldn’t have mattered, but Marcus and Ty had a deeper bond with Issac, and Issac couldn’t bear to see HIS FRIEND hurting…..the same as most people who commit suicide.

Now obviously I did not succeed, but I also never got to the bottom of that pit, and realized I needed help for another 7 years. I’m not sharing this to be pitied, nor am I looking for some sort of congratulations on living. I still have multiple mental health issues(mostly from being in the military, and in combat), and I will have them for the rest of my life.

Every day I wake up, and make the conscious CHOICE to keep living, every day, that demon sits on my shoulder as a reminder of where I have been, and every day, i have to tell it “NOT TODAY”, because I KNOW it will be back tomorrow. When people say “this episode was to dark”, or “bring back the laughs”, you can’t do that when the subject of suicide is the main focus of the episode. Suicide is that “dirty thing NO ONE wants to talk about”. We as a nation DO NOT handle ANY mental health discussions AT ALL. We sweep them under the rug, especially when it is Men who have the problem. They weren’t “STRONG enough, or MANLY enough”. Until we look in the mirror and have an HONEST talk with ourselves about HOW we can help each other, these issues will never go away.

Bravo to Seth, and the entire cast and crew for shining a spotlight on a subject, that we want to put in the closet and lock away.”