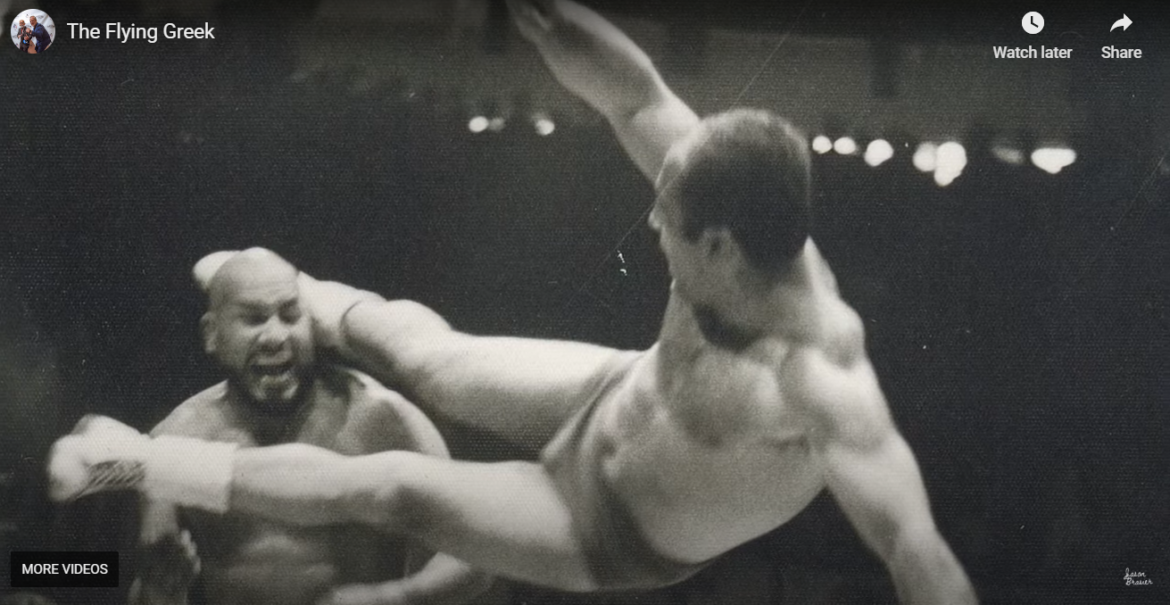 If you haven’t seen the The Flying Geek Documentary, you can now watched on Youtube for free through Sunday.  Documentary creator and personal friend, Jason Brasier, has created this magnificent documentary about the life of  Manoli Savvenas.  Savvenas grew up in Greece, learned skills of both a jeweler and later Wrestling (while in Australia) and become known as Mike Pappas, the Flying Greek in the professional wrestling world.  Known of his short stature but his high flying moves, Pappas because a top 40 wrestler in the 60s and 70s.  This is the story of how he went from a boy in Greece to Wrestling in Mexico against some of the great Lucha libre into the world of WWF with Andre the Giant and then to a quiet life in Springfield, MO as the owner of a local Jewelry store.

This story has a ton of heart.  It is a fascinating look at a man who kept proving people wrong.  Check it out because it is so worth your time.

I embedded the video below but it will only work through Sunday.