I cannot believe that I forgot to post about this. Today is the second annual Star Wars Reads day which is an initiative that celebrates literacy and all things Star Wars. This initiative was launched in 2012 by Lucasfilm and includes the following publishers: Abrams, Chronicle Books, Dark Horse, Del Rey, DK Publishing, Klutz, Random House Audio, Scholastic, Workman and Quirk Books. There were many book stores and libraries around the country that hosted special events today. However, I did not find any in Southwest Missouri or nearby. Check out: http://starwars.com/reads/   for more information. They also have an event kit that you can print out for free on the website. I have included the promotional video below that talks more about the annual event.

Since it is Star Wars Reads day I want to recommend a new book that has just come out for the younger readers. My students love this book and it’s from the creator of “Darth Vader and Son” and “Vader’s Little Princess” author and illustrator, Jeffery Brown. 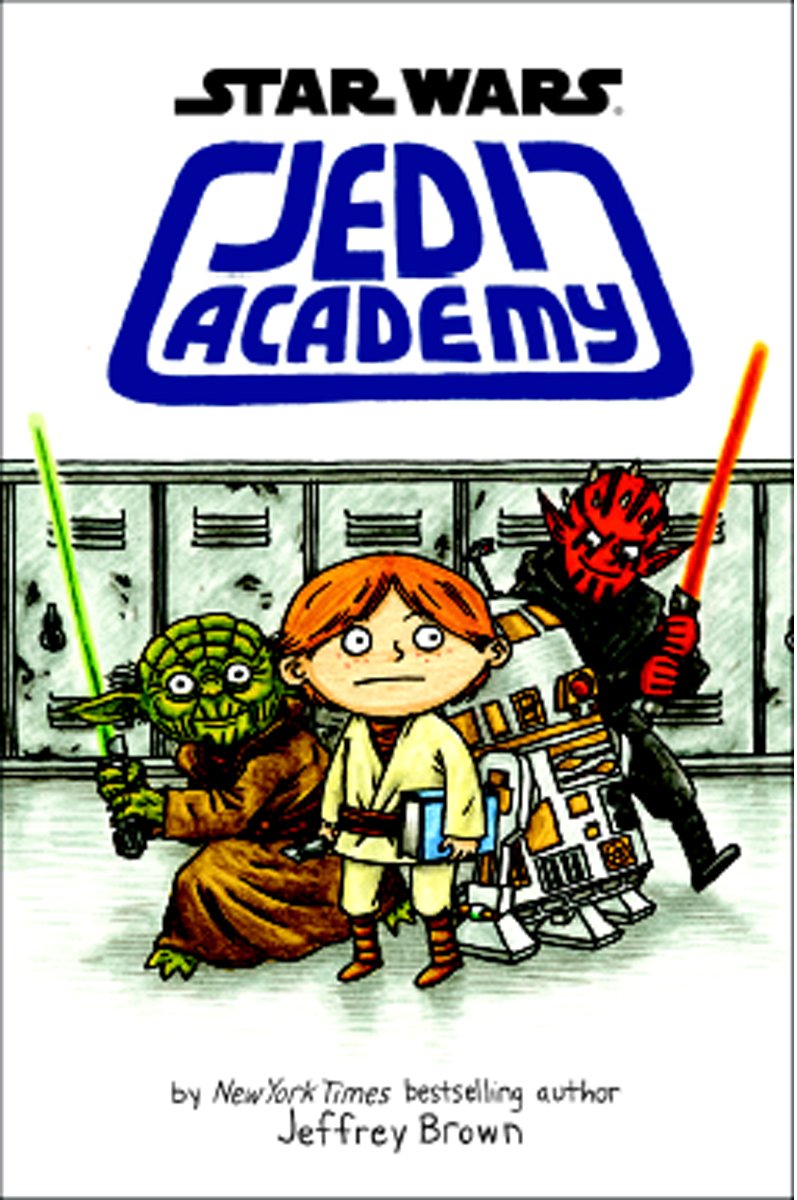 Move over Diary of a Wimpy Kid, there is a new middle grade series for geeky kids to enjoy! Jeffrey Brown has created a fun and imaginative book that children (and adults) will love. The story is told in a graphic diary format with loads of wonderful illustrations and humor.

All Roan has ever wanted to do is go to Star Fighter Academy. Imagine his disappointment when he not admitted and has to go to Agriculture Academy instead. All hope seems lost until he gets a mysterious letter in the mail from Master Yoda and Principal Mar inviting him to attend the mysterious Jedi Academy. Roan takes a chance and joins a cast of colorful characters. Not only does he have to use the force, but he also has to navigate the tricky waters of middle school filled with dances, tests, bullies and crazy instructors. Will he ever learn the force? What is Yoda actually saying anyway?

This book is never on the library shelf for very long. The students love this new series and are always fighting over who gets to read it next. The writing and story are fun and engaging without being overly cheesy. The illustrations remind me of my students drawings and their crazy imaginations. I recommend this for children who liked Diary of a Wimpy Kid, Graphic Novel style books and of course Star Wars! I really hope this book becomes a series.

~ Use the force and read geeky peeps!