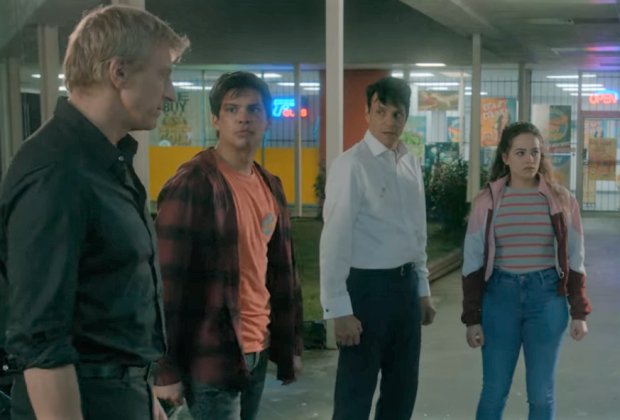 This series does a great job of developing known characters. They rounded them out and made them complicated and imperfect.  We have seen more than one side to each story over the first two seasons.

This developed wonderful new characters including the next generation of teens learning Karate.  These teen character complex.  They aren’t as developed as Daniel and Johnny but these character are still compelling.

Season Three does a great job of further developing these wonderful characters.  We learn more about Johnny and Daniel. Both characters continue to grow and become more.  Season three does even more to further develop many of the teens in this series beyond just Sam and Miguel.

The story and the plot have been fairly well written in the first two seasons. It calls back to the original movies but leads the story forward.  This continues in season 3. We have several look backs including from Karate Kid 2 and 3. There are some special guests from Karate Kid history that shows up. But it isn’t just here to bring back nostalgic feels but rather uses it to tug our hearts and also move along the story.  To me, it never felt like just a fan nod.

Karate take a bit of a back seat in the beginning of season 3 but we do get back to fairly quickly.  The teens have some of the best fighting season.  We do get awesome fighting scenes with Johnny and/or Daniel including a “cop buddy” moment.

Review Summary:
This season sucks you in right away.  There is a lot going on for all of the characters.  It picks up in the aftermath of the season 2 cliffhanger.

If you enjoyed the first two seasons of Cobra Kai, you will enjoy season 3.  If you haven’t seen it but you loved the original Karate Kid movie, then you need to check out the series.