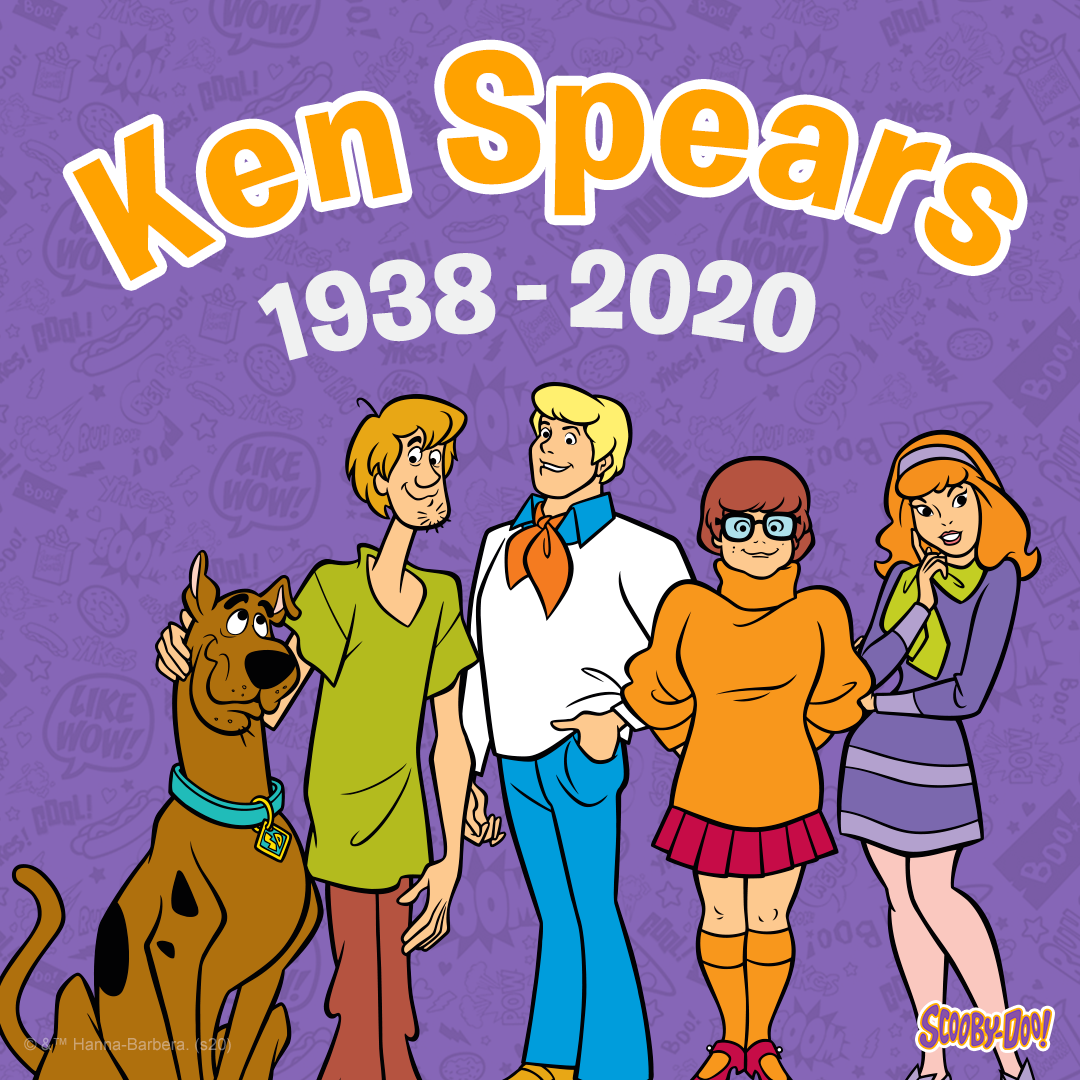 Charles “Kenneth” Spears passed away on Friday November 6, 2020.  At 82 years of age, he died from complications with Lewy body dementia.  Spears was the Co-creator of Scooby Doo.

Ken and Joe Ruby quickly found a friendship when they worked together at Hanna-Barbera. They had life business partnership.  Joe and Ken Spears co-created the hit cartoon Scooby Doo Where Are You?  They pulled in pieces form other shows like The Archie Show, Dobie Gillis, I Love a Mystery radio series, and comedy greats of Abbott and Costello and Bob Hope and Bing Crosby.  This was created to be a soothing and nonviolent cartoon  during a time of unrest with Senator Robert F. Kennedy’s assassination and the Vietnam War.

Ruby and Spears never really got the credit they deserved and definitely didn’t get rich off of royalties.  Scooby Doo remains of the must successful cartoon franchises. It still has a ton of merchandising. Ruby nor Spears ever saw a dime of it.

Ruby and Spears went out on their own in the late 70s to create their own studio . Ruby-Spears Productions was born.  They notable created one of my favorites, Thundarr the Barbarian.  They also created cartoon Fangface (werewolf and group of teens) and a reboot of Alvin and the Chipmunks and many others.

“Ken will forever be remembered for his wit, his story-telling, his loyalty to family, and his strong work ethic,” Kevin Spears says. “Ken has not only made a lasting impression on his family, but he has touched the lives of many as co-creator of ‘Scooby-Doo.’ Ken has been a role model for us throughout his life and he will continue to live on in our hearts.” (Variety)

Rest in Peace Mr Ken Spears.  You will be remembered for all of your contributions and pouring your life into others . You will be missed.