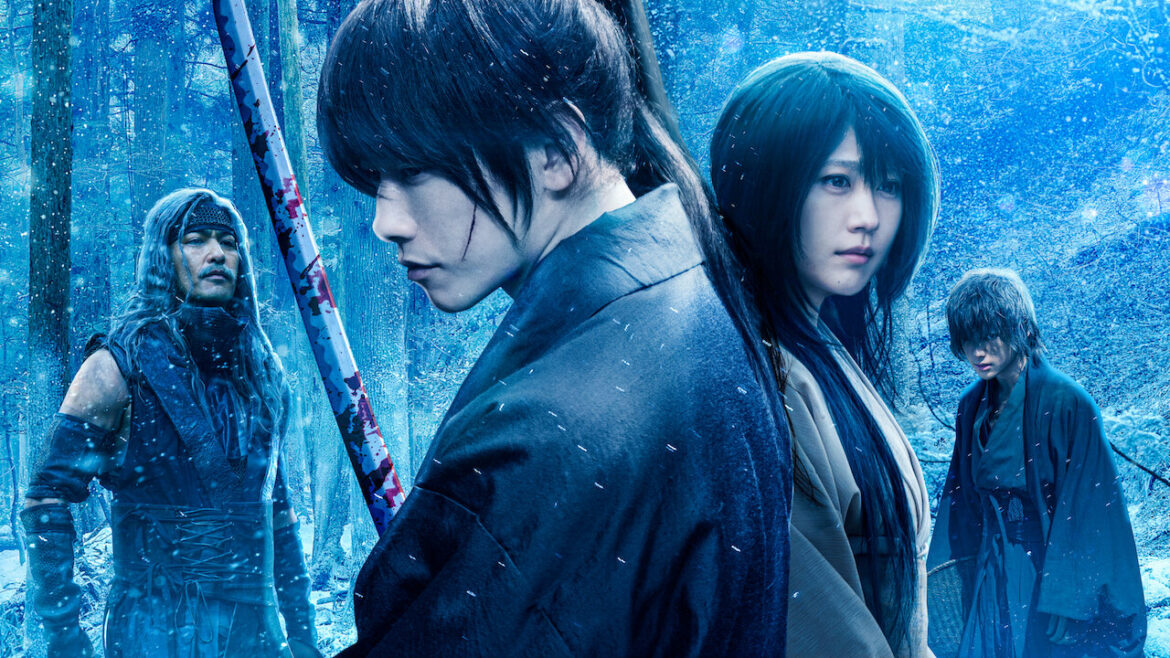 Here is another KOOL review from Chris Wilson.

The “Kenshin Rurouni” series ends with “The Beginning” and it is the strongest film in the two Netflix films I’ve seen.

The story of Himura Kenshin—otherwise known as Hitokiri Battosai, if you prefer his warrior name—is a classic story of revenge, redemption, and peace. “The Beginning” is almost Shakespearean in its tragedy tale, pushing the swordplay to the side. When form follows function that’s always what makes action movies transcend the Saturday popcorn matinee and stand as a film. “The Beginning” certainly does that, but in seemingly reverse order as it was released last. What an ending “The Beginning was!”

While I appreciate the non-linear approach and find it works well, I wonder if watching “The Beginning” first would help American audiences find a stronger connection to the entire series. Whichever way an audience chooses to stream the five-part series, there’s authentic chapters to this epic samurai tale. It’s well worth the watch.

“The Beginning” and “The Final” are both available on Netflix. The others in the series are available for rent or purchase on Amazon.