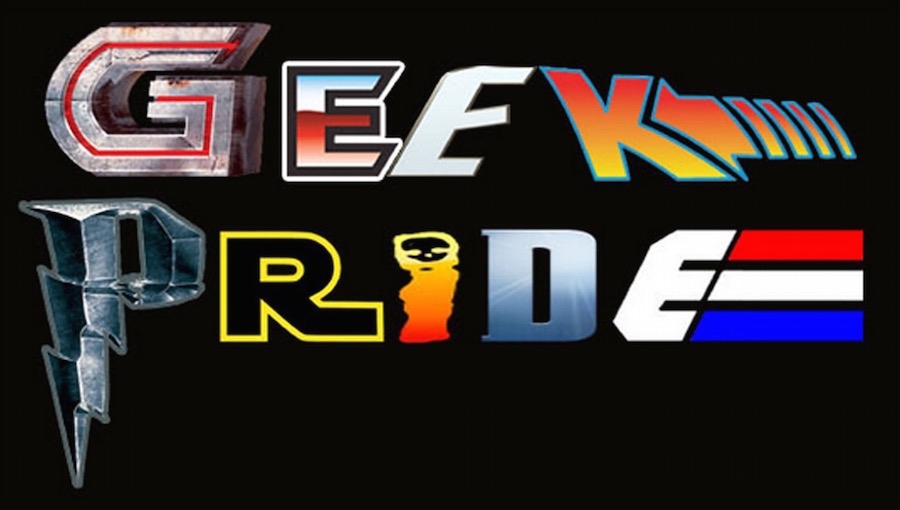 Geek Pride Day  is a day that was started by a group of self proclaimed geeks in Spain, the ” come libros” (book eaters).  They created a human version of Pac-man to celebrate their geekness.  Geek Pride Day hit the United States in 2008 and we have been celebrating ever since. 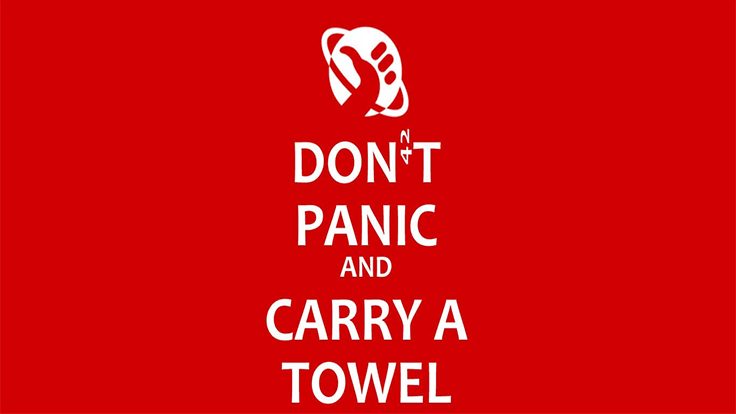 Towel Day is a yearly day to remember the great humorist Sci Fi Author,  Douglas Adams, at the two week mark after his early death.  The Hitchhiker’s Guide to the Galaxy Trilogy of Five Books (yes that is how it is referred to even though there are Five books and not Three).   This is one of my all time favorite Sci Fi series and writers. Douglas Adams was a genius on telling a good story with tons of humor.  He passed away at a very young age of 49.

Below is a quote about the importance of having a Towel.

From the Hitchhiker’s Guide to the Galaxy:

A towel, it says, is about the most massively useful thing an interstellar hitchhiker can have. Partly it has great practical value — you can wrap it around you for warmth as you bound across the cold moons of Jaglan Beta; you can lie on it on the brilliant marble sanded beaches of Santraginus V, inhaling the heady sea vapours; you can sleep under it beneath the stars which shine so redly on the desert world of Kakrafoon; use it to sail a mini raft down the slow heavy river Moth; wet it for use in hand-tohand-combat; wrap it round your head to ward off noxious fumes or to avoid the gaze of the Ravenous Bugblatter Beast of Traal (a mindboggingly stupid animal, it assumes that if you can’t see it, it can’t see you — daft as a bush, but very ravenous); you can wave your towel in emergencies as a distress signal, and of course dry yourself off with it if it still seems to be clean enough.

More importantly, a towel has immense psychological value. For some reason, if a strag (strag: non-hitchhiker) discovers that a hitchhiker has his towel with him, he will automatically assume that he is also in possession of a toothbrush, face flannel, soap, tin of biscuits, flask, compass, map, ball of string, gnat spray, wet weather gear, space suit etc., etc. Furthermore, the strag will then happily lend the hitchhiker any of these or a dozen other items that the hitchhiker might accidentally have “lost”. What the strag will think is that any man who can hitch the length and breadth of the galaxy, rough it, slum it, struggle against terrible odds, win through, and still knows where his towel is is clearly a man to be reckoned with.

Hence a phrase which has passed into hitch hiking slang, as in “Hey, you sass that hoopy Ford Prefect? There’s a frood who really knows where his towel is.”  (Wikipedia)

The Glorious Twenty-Fifth of May is day to celebrate the late Sir Terry Pratchett and the fantasy world of Discworld.  The Discworld is “a flat world balanced on the backs of four elephants which, in turn, stand on the back of a giant turtle, Great A’Tuin” (Wikipedia)   Below is information on the importance of  The Glorious Twenty-Fifth of May.  I just love the slogan.

The 25th of May is quietly celebrated by the survivors of the People’s Revolution, which ended the reign of Lord Winder. They wear a sprig of lilac and gather at the Small Gods Cemetery to honour the Watchmen who fell: Cecil Clapman, Ned Coates, Dai Dickins, John Keel, Horace Nancyball, Billy Wiglet, and (albeit temporarily) Reg Shoe.

The slogan of the People’s Revolution is Truth, Justice, Freedom, Reasonably Priced Love, and a Hard-Boiled Egg!  (Wikipedia)

Tomorrow is a day to be celebrate by all geek fans.  We may each have our preference for either Geek Pride Day, Towel Day, or The Glorious Twenty-Fifth of May but we can all agree that is great to be a geek.   Take time to celebrate your geek or nerd self. 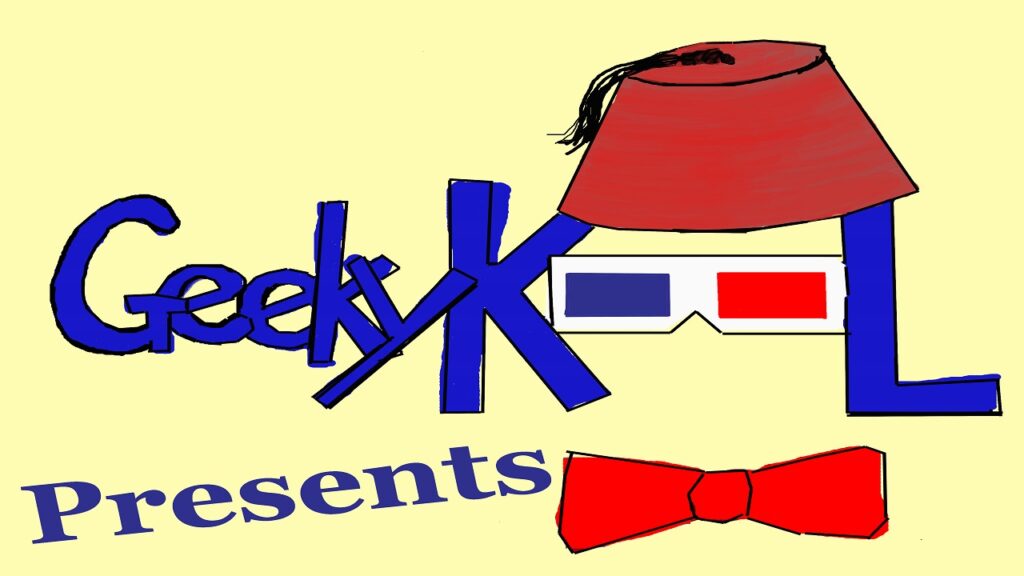 Tomorrow is also the 50th Episode of Geeky KOOL Present: Professor And Ace.  We will have some of our friends join us for a fun time talking and having fun.  Please join us tomorrow night to celebrate the fun on Youtube or on Facebook.