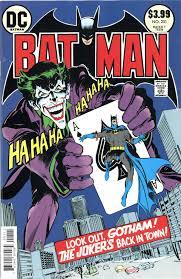 Neal Adams artwork and Batman comics have been a staple for me growing up since I was a teenager. And today’s news of his passing is nothing less than gut wrenching. I had the honor to meet Neal Adams years ago at Tidewater Comic-con. Two of his signed prints hang on the walls of my house. My favorite, The Joker, sits next to the door in my office. Born June 15th 1941, Neal Adams made himself a staple of comic art from Batman, to Fantastic Four, Green Lantern, and Deadman just to name a few. But his most notable artwork, I believe many fans would agree with me, comes from his vivid drawings of DC’s Joker.

Co-founder of Continuity Associates, in New York and Los Angeles, in 1971, Neal Adams and Dick Giodano’s company uses well known styles of of American comic artwork in commercial settings. Continuity Associates is just one of Adam’s accomplishments, he was all over the place in the comic book world. With entries into the Will Eisner Comic Book Hall of Fame, Jack Kirby Hall of Fame, and the Joe Sinnott Hall of Fame Neal Adams’ career spoke for it’s self. When I met him at Tidewater Comic con I was surprised, I expected him to be a little stand offish. But, he wasn’t, to the contrary he was polite and more than accommodating to myself and my fiance Jon Tessler. When Jon told Neal that I was huge Batman and Joker fan, he pulled over to the side of the table where he had multiple Joker prints. Neal Adams even went so far to say which one was his favorite at the time, as it now hangs in my office.

He allowed himself to be interviewed by us; even shooing away other fans telling them to come back in a few minutes. It was truly an honor to have met him in person. I know he left a huge impression on me during that weekend, as well as many others. It was truly an honor to listen to him for those twenty to thirty minutes while he shook hands with us, talked about his love for Batman, Green Lantern and comics in general.