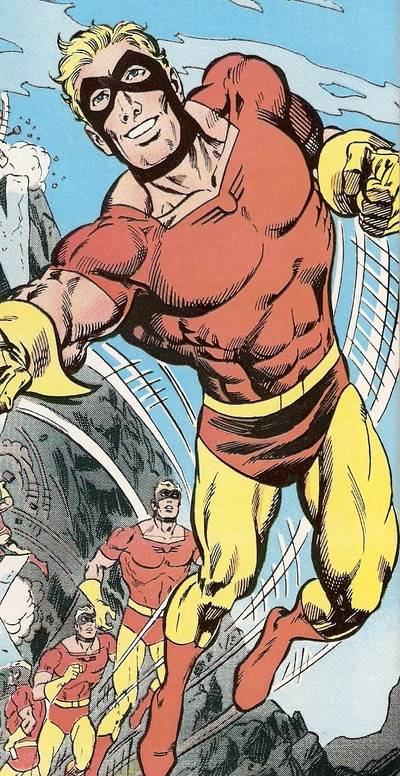 Recently on the Geeky KOOL Presents: Professor and Ace show, we presented our top 5 favorite Superheroes.  It was tough narrowing it down to our top 5 but we did it.  I wanted to go in a little more depth and share my top 15 Superheroes.  This is my list at this moment. The order and some of the characters can change from moment to moment.

15) Johnny Quick – Founding member of the All Star Squadron on Earth 2 (prior to Crisis).  He is a speedster but not as fast as Flash (Jay Garrick). He gets his speed from reciting a formula. Later found out it taps him into the Speed Force.

When most of the JSA went overseas during World War 2, President Roosevelt formed a new group of heroes to protect America from internal and external threats, The All Star Squadron.  The All Star Squadron was one of my favorite comics to read in the early 80s.  Johnny was my favorite character.  He was quick witted but often unsure of himself.  He quickly became a leader along with his girlfriend (and later wife) Liberty Bell.  They are the parents of Jessie Quick. 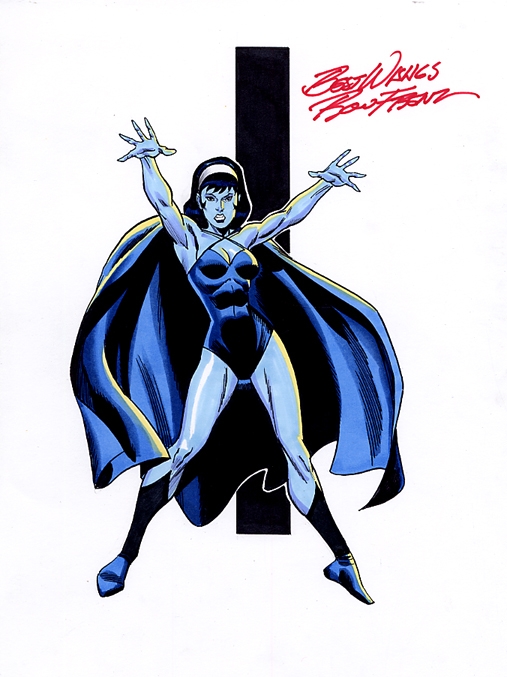 14) Shadow Lass- Member of the Legion of Super-Heroes from way back in 1968.  Tasmia Mallor comes from the homeworld of Talok VIII. All of her race has dark blue skin and pointy ears. She gets her powers from her ancestry by being the shadow champion of Talok VIII. She has the powers to create darkfields preventing all light from reaching an area from outside.  She is also an expert hand-to-hand combatant.

What makes Shadow Lass one of my favorite Legionares and one of my favorite heroes is her personality.  She has a cool power set with her darkness.  She is the leader of her people.  She enjoys kicking butt and taking names even though isn’t has powerful as many of the heroes in the Legion, she holds her own against more powerful baddies. 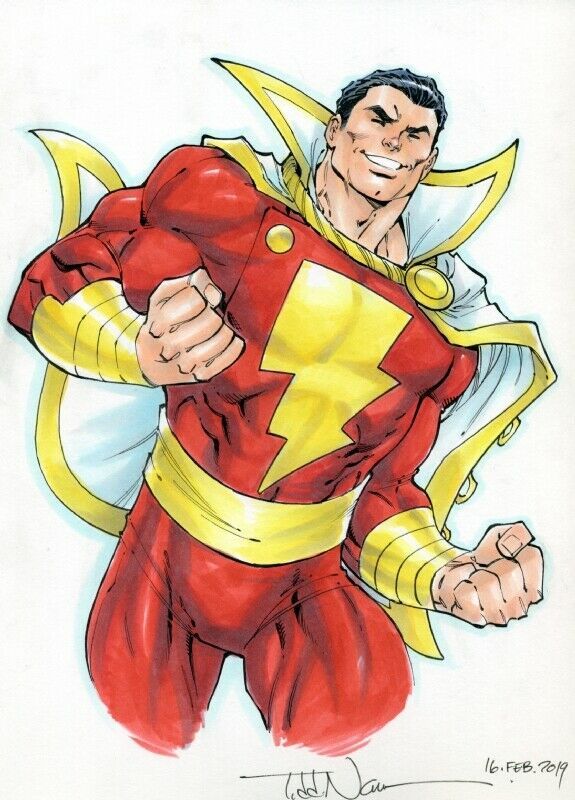 13) Captain Marvel/SHAZAM! – When young Billy Batson met the wizard SHAZAM, he was given the ability to become a full adult with extraordinary abilities.  The name SHAZAM which Billy speaks is not only the name of the wizard but also an acronym: S – wisdom of Solomon; H – strength of Hercules; A – stamina of Atlas; Z – power of Zeus; A – courage of Achilles, and M – speed of Mercury.

When I was a little kid, there was a live action SHAZAM! series.  I loved this show. My mom gave me a towel and clothes pin and I was say SHAZAM! and would cosplay (before it was a thing) Captain Marvel. 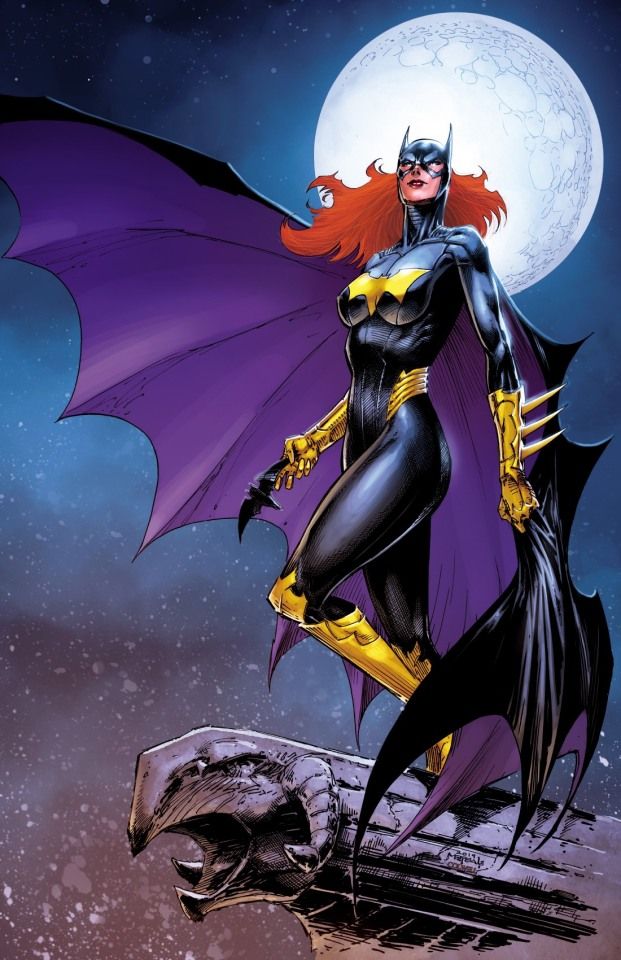 12) Batgirl – Barbara Gordon (Commissioner Gordon’s daughter) was inspired by Batman.  She took up the mask and cowl in honor of Batman and the crime fighting he did.  She secretly become Batgirl, knowing her father would not approve.

I have loved Batgirl since I first saw her on the Batman 66 series.  What is not to like with Yvonne Craig.  Her character was amazing and was the equal to Batman and Robin. 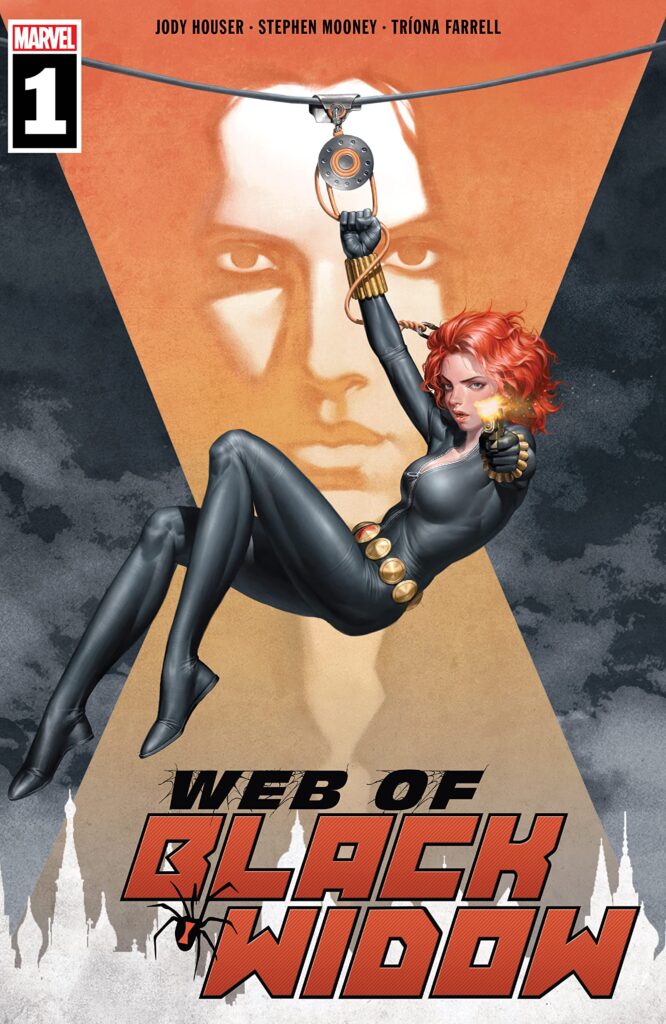 11)  Black Widow – Natalia Alianovna “Natasha” Romanova was raised in the Red Room.  This is a a special spy super soldiers program in Russia.  She was a trained killer.  She saw the light and changed to become an Avenger

Natasha has always been a fascinating character.  She does what she needs to do.  She is tormented by her past and sometimes by her current decisions. She never lets anyone in too far into her mind and heart. 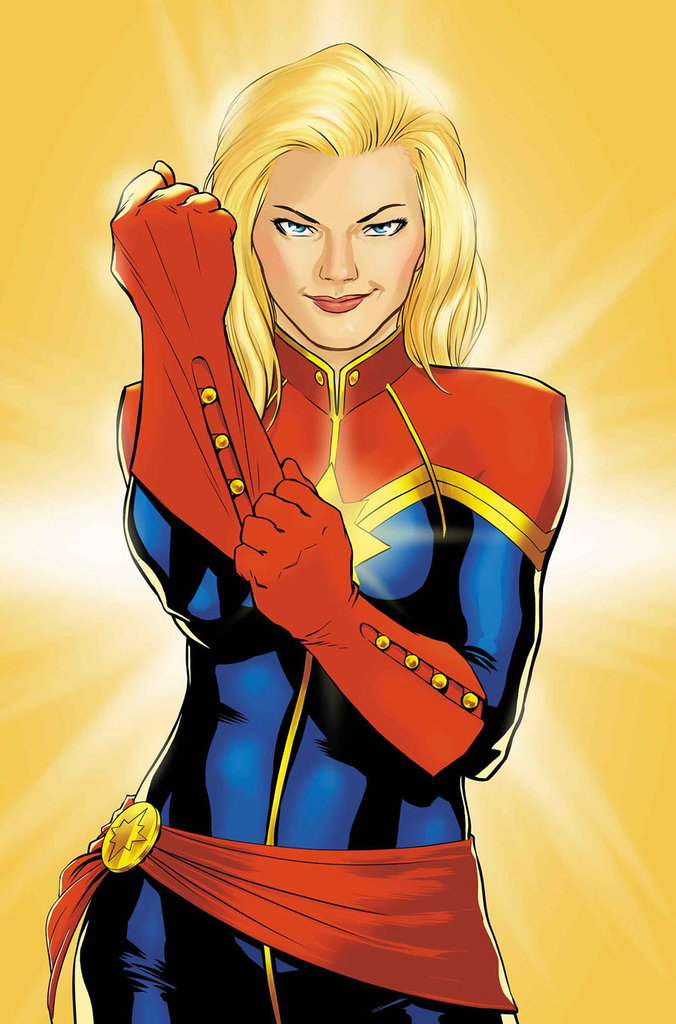 Carol is a fun character.  At times she has the wait of the world or universe on her shoulders.  She is one of the most powerful heroes on Earth but she is very human.  She has a lot of flaws but her heart is in the right place. 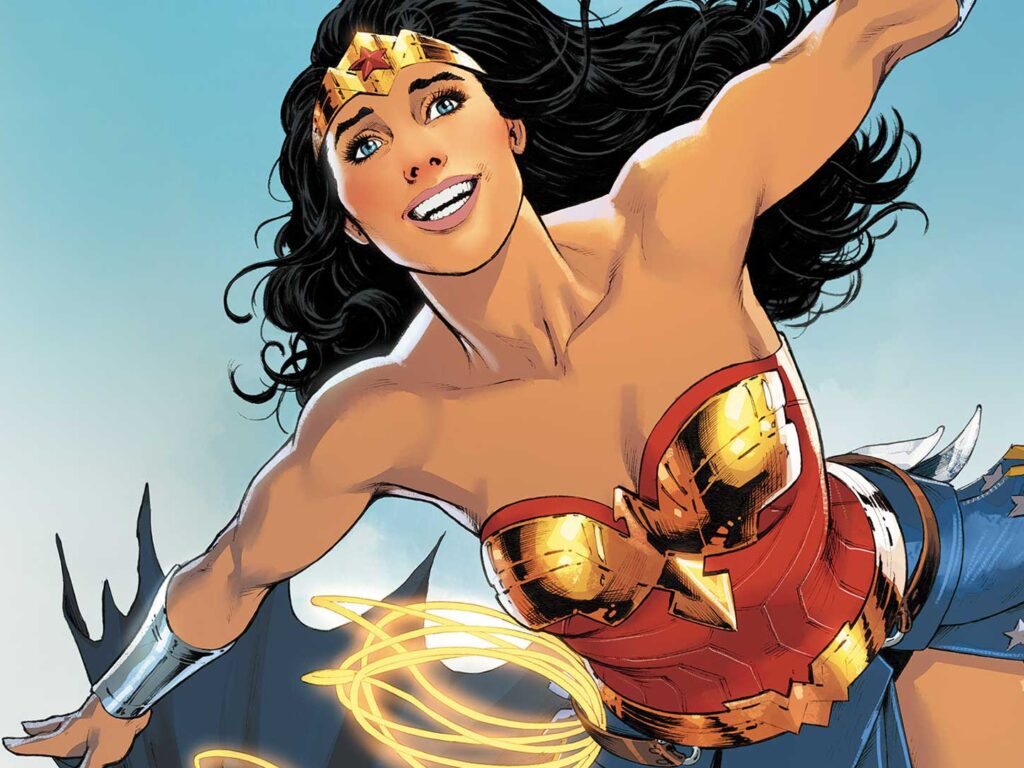 9) Wonder Woman– Princess Diana grew up on Themyscira, a hidden island of Amazons.  Her origins vary but she was given great abilities either from the Greek gods or because she is a demi-god.  When Steve Trevor crashes on the island, Diana takes him back the Man’s world.  There she became the hero, Wonder Woman.

As many of my favorite heroes on this list so far, it was a TV show.  Wonder Woman with Linda Carter was awesome.  It grew into a love for her character in the comics.  Her reboot by George Perez after the Crisis was an amazing take on this character.  I love the current run on Wonder Woman. 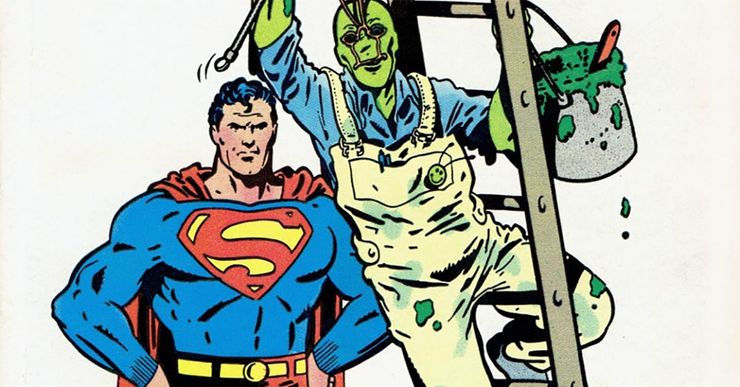 8) Ambush Bug – Here is a character I cannot help but LOVE. Ambush Bug is a super hero that has the power to teleport.  It is pretty clear that he isn’t sane but he does know he is in comic and breaks the fourth wall.  He was around long before Deadpool did this.  His secret identity is  Irwin Schwab or is that one of his delusions?  He found this green suit and put it on and now is stuck in it but it gives him his powers.

Ambush Bug was created by Keith Giffen, who is a master of funny and zany characters.  Ambush Bug shows up in odd places to help but rarely is is brand of help wanted. He has a side kick of sorts, a doll called “Cheeks, The Toy Wonder”. His arch nemesis is Argh! Yle!,  A living argyle sock.  I have bought every comic I have found with Ambush Bug appearing because I love this character. 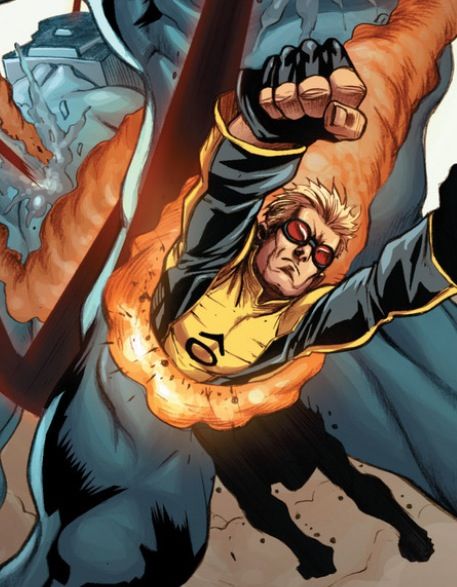 7) Canon Ball – Samuel Guthrie was a new recruit for Xavier’s school  in the mid 80s.  He was a founding member of the New Mutants, who the X-Men saw as Junior X-Men since they were all young  but they held their own.  Canon Ball  is a mutant who uses the ability to fly at jet speeds while encased in an impenetrable force field.  When we are first introduced to Sam, he can barely control where he flies and most of the time just flies fast straight on.  He learned to control his powers is a powerful Mutant.

I have always loved Sam.  He struggled with him confidence and abilities. Even after he learns to control his powers much better, he still fights with insecurity at time.  I related to him completely as I was going through puberty. 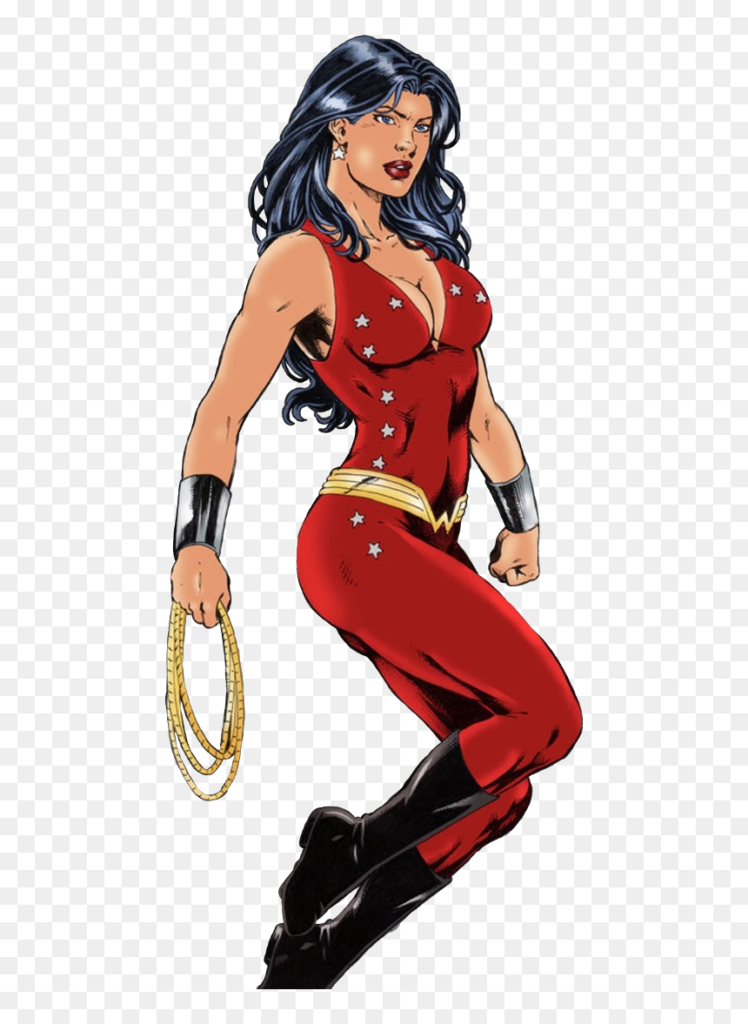 6) Wonder Girl – Donna Troy – The crisis on Infinity Earths caused havoc the lives of several characters in the DC Universe.   Wally West would never be the same after Barry was killed.  Superman mourned the death of Supergirl.  But Donna Troy was completely messed up.   Because Donna Troy’s Wonder Girl was an accident and was never meant to be a separate character form Wonder Woman, DC didn’t know what to do with her.

My father has been an avid comic book reader since his youth.  He collected the first run of the Teen Titans.  He collected some of the 1970s run of the Titans too.  I was read his back issues over and over with the Titans and Donna has always been my favorite.  She is the muscle of the group but she is also the heart of every instance of the group. 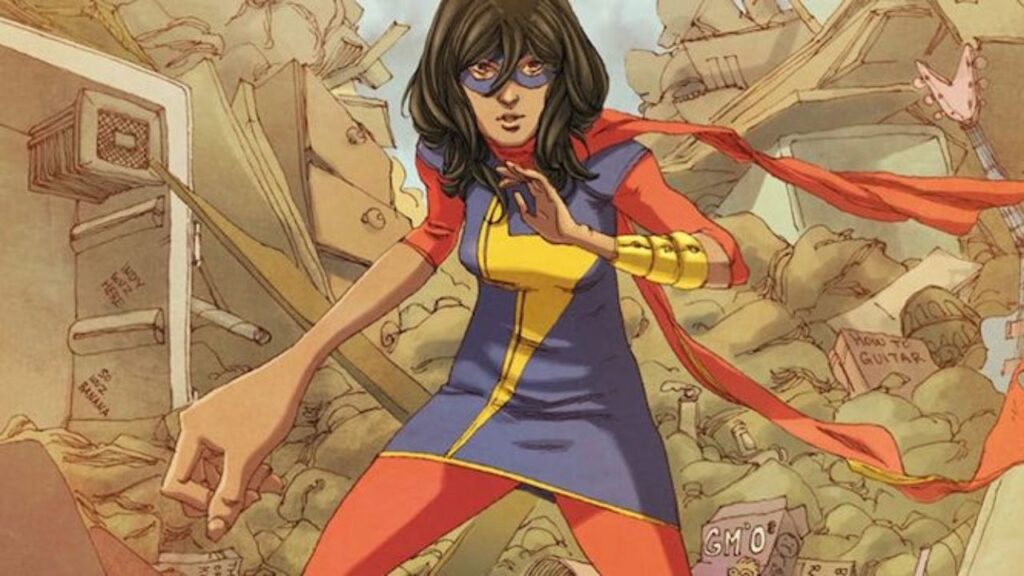 5) Ms Marvel- Kamala Khan – Kamala is a geeky girl who loves superheroes and writing fan fiction.  She plays video games and hangs out with a cool group of other geeky kids that don’t fit in.  She is exposed to the Terrigen Mist and discovers she is an Inhuman. She has Stretching, Polymorph, and Morphogenic Abilities.

What I love about Kamala is her very human side.  She is very much female version of Peter Parker in high school.  She is a extremely relatable as a person and her struggles.  Her comics continue to remain at top my read list. 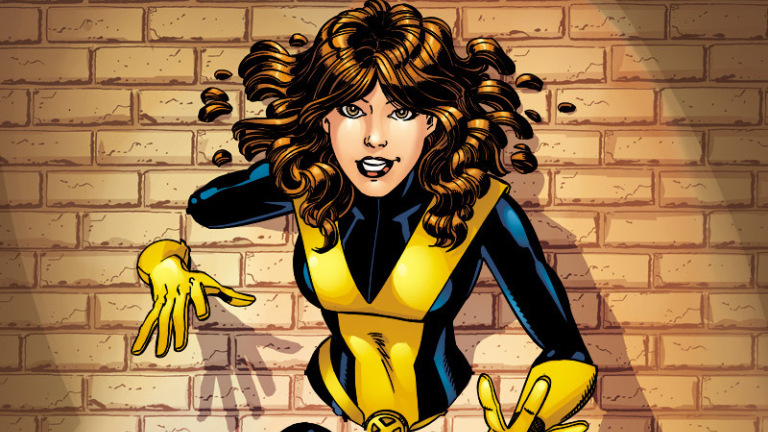 4) Kitty Pryde – Joined the X-Men when she was still a young teenager.  She has taken on several hero names but we know her best as Kitty.  She was the mutant abilities of Intangibility and can disrupt any electromagnetic field.

My first X-Men comic was 139, Welcome Kitty Pryde.  She is far and away my favorite X-Men.  She has a bubbly personality and cares so much. 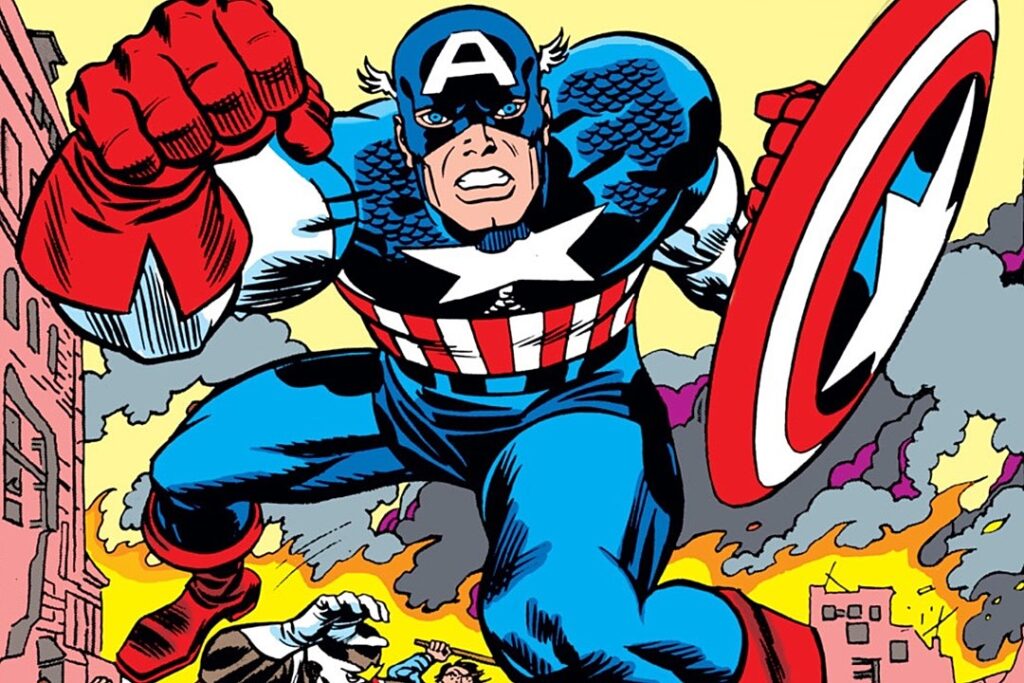 3) Captain America– Captain America is a classic hero. Steve Rogers was a kid who was bullied and picked on for being small. After the super serum, he became a hero.

Captain has always been one of my favorites.  He wasn’t a boy scout because would buck the system to do what is really right.  He  represents the American spirit. 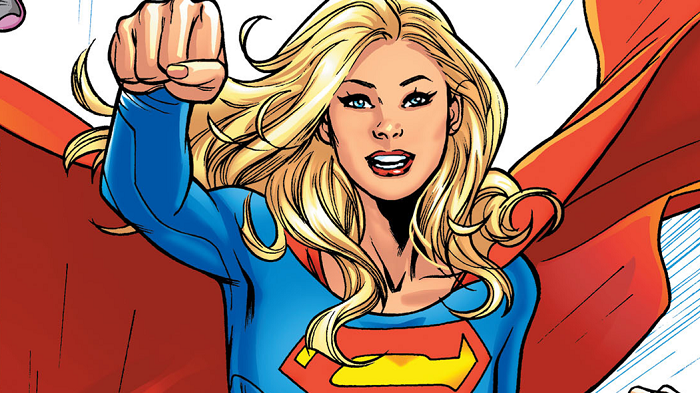 2) Supergirl -Kara Zorel is Superman’s cousin.  She has all of his powers and may even be more powerful. She has

I have loved Supergirl since I read the back issues where she was introduced.  I collected  the entire  run  of  the  early  80s  Daring Adventures  Supergirl.  When  she is is  written  correctly,  She is an amazing character. 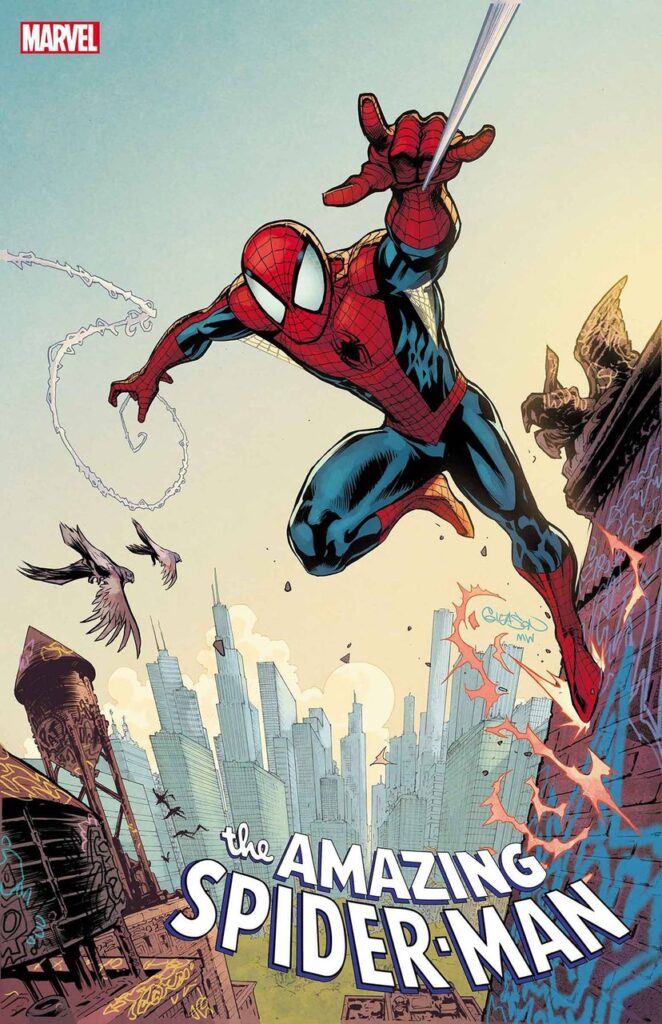 1) Spiderman-Spider-Man, Spider-Man, does whatever a Spider can.  Teenager Peter Parker get bitten by a radioactive spider.  Giving the teen geek super abilities of a spider.  With Great power come great responsibility.

Peter Parker is my favorite fictional character of all time.  He is the lovable loser. Even after he gets his powers, he still loses out on life time after time.  Occasionally things go right but often followed by really bad.  His life was always worse than mine… until he married Mary Jane.