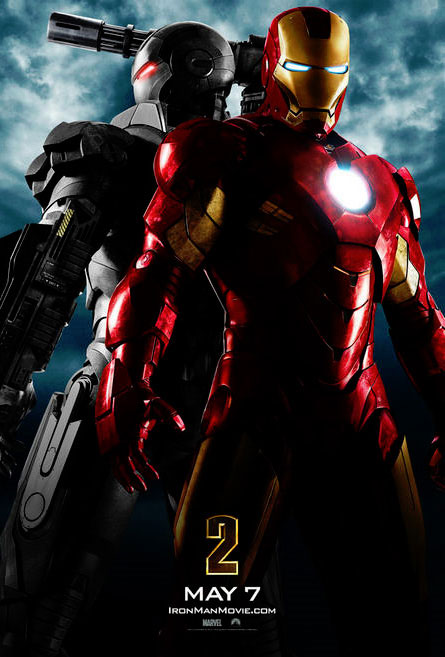 Iron Man had a “super” summer in 2008. There plenty of good super hero sequels but there are just as many terrible ones. Can Iron Man 2 rock like the first or will it go the way of many other super hero sequels?

Iron Man 2 takes place shortly after the ending of the first movie. Congress and the U.S. Military does not approve of Tony Stark having the only access to the Iron Man armor. The son of a former business partner of Tony’s father seeks revenge for his father being deported and dying in Russia. A competitor of Stark Enterprise wants to knock Tony off his pedestal. If that was not enough, Nick Fury and S.H.I.E.L.D has an interest in Iron Man.

What I liked about this Movie:

Robert Downey Jr. is a great Tony Stark/Iron Man. This was the role that Downey was born to play. I am sure that Downey pulls this off because he has had many of the same vices which Tony has such as excessive drinking, womanizing, and ego mania. Downey makes this movie.

I love the writing of Stark and how he handled all of his challenges. The birthday party with the armor was perfect for Tony. The scene with Tony hung over and sitting in the doughnut was perfect.

I also love all the main characters and their portrayal in this movie. Samuel L Jackson is a fantastic Nick Fury and brings Fury’s attitude right to the screen even though Fury is a white guy in the comics. Don Cheadle does a good job as Rhodey/War Machine. Scarlett Johansson was not only sizzling as the Black Widow but brought Natasha’s character alive on the screen. Gwenyth continued to be great as Peppers. Mickey Rourke was great bad guy in Whiplash. The cast was great.

This was a fun superhero action movie. There is a ton of action and fun. The ending fight with Iron Man and War Machine taking on all the robots was a blast to watch.

There was not much I did not like about this movie. They replaced some of the more intelligent writing and plot of the first movie with more action and special effects. Don’t get me wrong, this movie was well written but did not meet the bar of the first one.

Iron Man 2 was a solid sequel. It was fun and lots of action. It does fall into the standard issue with action movie sequel- need more action and explosions than the first movie. The writing was not as strong but it was not bad.

If you liked the first Iron Man, then I fully recommend seeing this movie.

These have been a few simple reviewing thoughts of my complex mind.