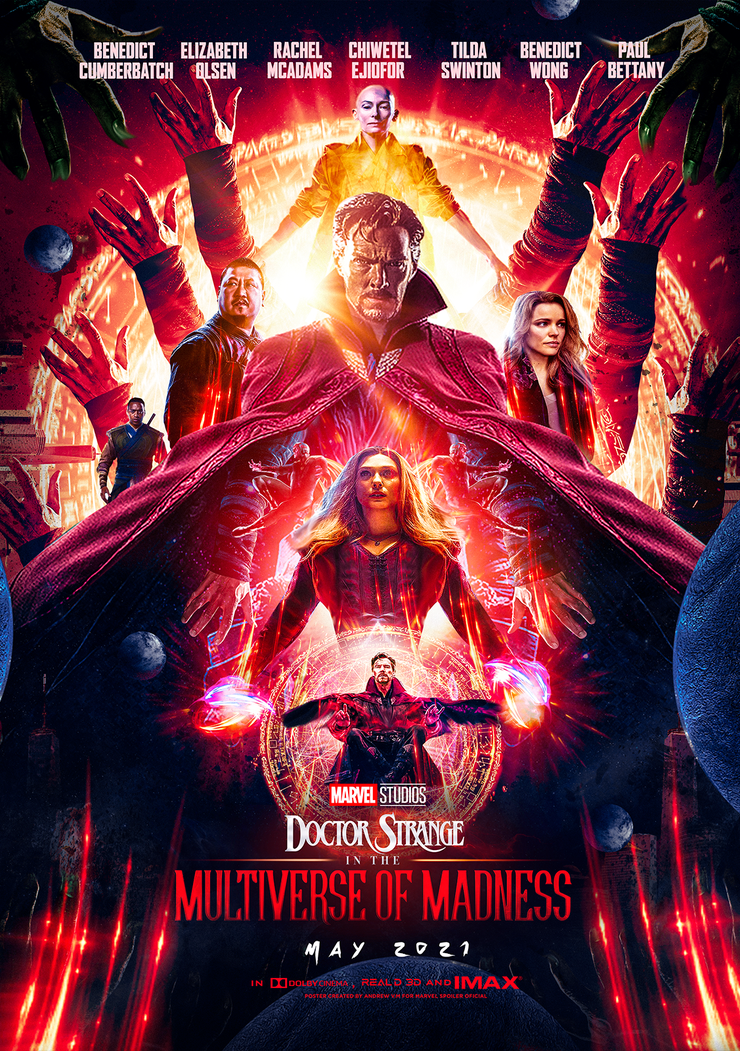 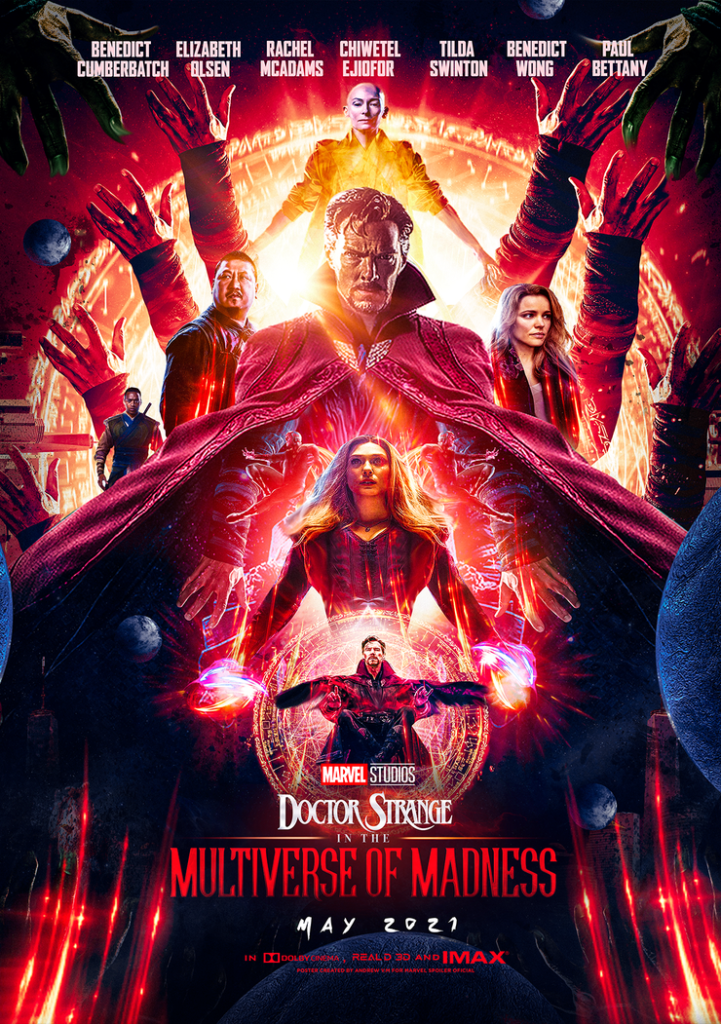 In the comics, Wanda Maximoff is no stranger to the multiverse and possible mental illness.  For a time, she stopped mutants from developing their mutations with just a few words, “No More Mutants”.  At one point, she married Vision and had kids but then they were gone.  Her reality seems to slip between different parallel universes.

I suspect the cause for both WandaVision and Doctor Strange In the Multiverse of Madness are directly tied to Avengers: Endgame.  As much as the Avengers tried not to mess with the timeline, they failed.  In my mind, there is one failure that is probably at fault for everything messed up with time.  When Nebula discovers her other self, this leads to the problem.

The current Nebula is captured by her younger self and Thanos.  They find out what the Avengers are up to and send younger Nebula to the future.  This leads the young Nebula to bring the 2014 Thanos to the present (2023 in the movie).

We have all seen the battle and know what happens. In the end, Tony gets the stones and snaps Thanos and his army out of existence. Tony didn’t want to just reverse the snap but to save the present with his daughter.  This snap is more ill thought out than Tony’s creation of Ultron.

Now our MCU heroes are in a pocket universe of the multiverse. Because the 2014 Thanos and his army has been wiped out, many of the things that have happened, never really happened.  The events that got them where they are at never happened. The timeline is now out of sync.

This younger Thanos was killed before the events in Guardians of the Galaxy. Gamora was sent to Ronan to keep track of him but the events with Star Lord finding the stone haven’t happened yet.  Ronan the Accuser had the backing of Thanos to find the stone.  Now the mighty army/navy is no longer supporting Ronin. It is unknown if Star Lord has accepted the mission to find the Orb or not at this point.  If he has, then much of the beginning of the movie might happen.  It is unlikely that Gamora will help Ronan after she finds out Thanos and his army are gone.  The new time lines would start to splinter with the choices made here with the Guardians.  It is very possible that Ronan would be stopped by the Kree right after Thanos is gone.  It is a very good possibility that Ronan never gets the stone which will mean that Ego will never hear about Star Lord and Guardians 2 would be significantly different.

There are a lot of other galactic implications for Thanos disappearance in 2014.  This will disrupt the power in the galaxy.  Thanos was a big dog.  The different galactic empires would be seeking control where Thanos death would leave a vacuum.  The Kree, Skrull, NOVA Corp, Sovereign, and Shi’ar empires will be vying for power.  This could cause a huge galactic war.

Here are somethings we know would be different because the past didn’t happen that caused them in the timeline. Hawkeye’s family isn’t killed so he won’t have a motivation to become Ronin.  Vision and Black Widow will live.  Thanos killed Vision during a battle that never happens.  The Avengers won’t need to time traveling or seek the Soul Stone so Black Widow has no need to sacrifice herself.  Because the time machine was never created, Cap would never go back in time and get his dance and relationship with Peggy Carter (which is sad thought)

Thanos and his hunger to rid the universe of half the population drove many of the characters and interactions.  Without this driving force, things could and would be very different.  Here are some of our questions and some of the answers will be yes but in a different splintered universe.  Would the Guardians of the Galaxy ever form? Would Wakanda reveal itself and its technology without the Battle for Wakanda?   Where in the Nine Realms would the Asguardians end up and if on Earth would they be accepted? Would Captain Marvel ever come back to Earth?  The events of Civil War happens after the death of Thanos (with the new timeline) but he wasn’t directly involved so it appears Civil War happens but would the Avengers keep working for the government while Cap and his Secret Avengers keep working under ground or would this end up with a bigger fight between the two groups? If anything, what would bring Cap and Iron Man back together as friends? All questions we have since Thanos was removed early from the timeline.

Here is a big question for our story with Endgame.  Would Tony really settle down with Pepper and have a life outside of Iron Man and Avengers?  In the past, Tony has proven that he cannot help but come back to Iron Man and even broke up him and Pepper at one time.  He even comes back in Endgame.  If Tony doesn’t give up being Iron Man and settle down with Pepper, then it is unlikely that they have their daughter, Morgan.  That completely defeats what Tony had hoped because of his careless snap.  He probably prevented himself fathering the child that he loves “3000”.

What could have Tony done differently?  Instead of snapping Thanos and his army out of existence, Tony could have put them back in the timeline where they belong.  It should be easy with the stones to wiped their memories and have them be unaffected in the timeline.  This was as important as returning the stones to where they belonged at the right time.  Since Thanos didn’t return where he belonged in 2014, time is now splintered and I think WandaVision and  Doctor Strange In the Multiverse of Madness will acknowledge this splinter and try to fix it.  Only TIME will tell.