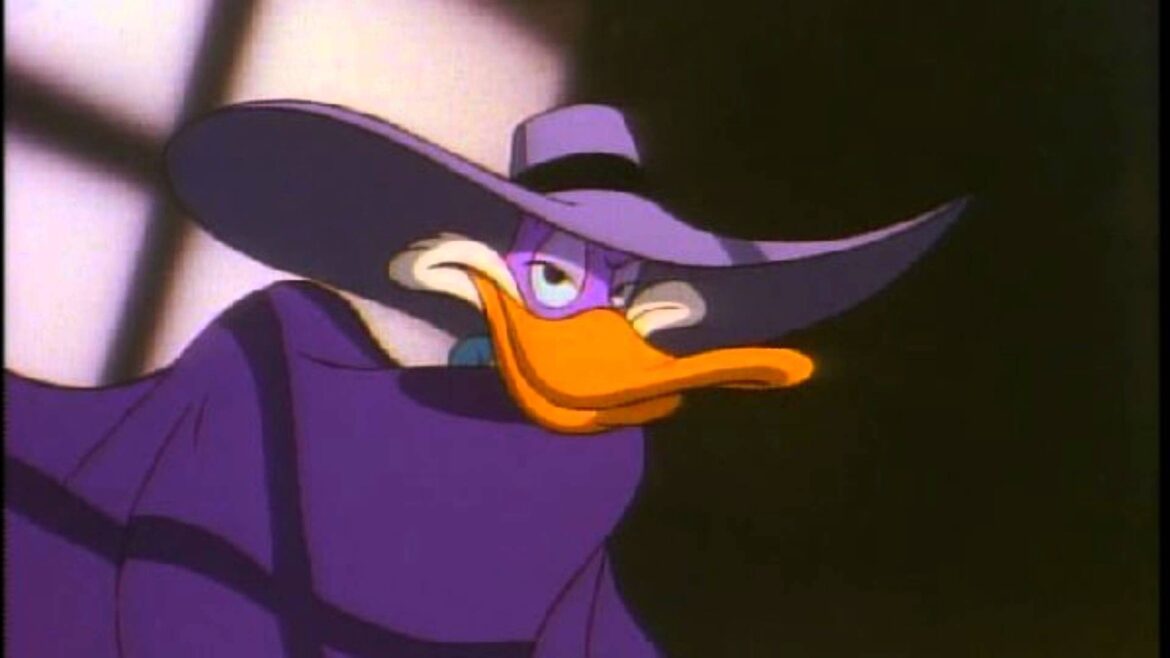 ” I am the terror that flaps in the night, I am the scourge that pecks at your nightmares.”  The masked vigilante protects St. Canard is Darkwing Duck.  The show ran from 1991-1992 for three seasons and 91 episodes on Disney Afternoons on ABC and the Disney Channel.

This classic cartoon is making a comeback.  According to Variety, Disney+ is developing a new Darkwing Duck animated series. Seth Rogen, Evan Goldberg, James Weaver, and Alex McAtee of Point Grey Pictures are executive producing the series.  No writer has been named for the series.

We may soon hear the catch phrases of “Let’s get dangerous!” and “Suck gas, evildoers!”  once again.