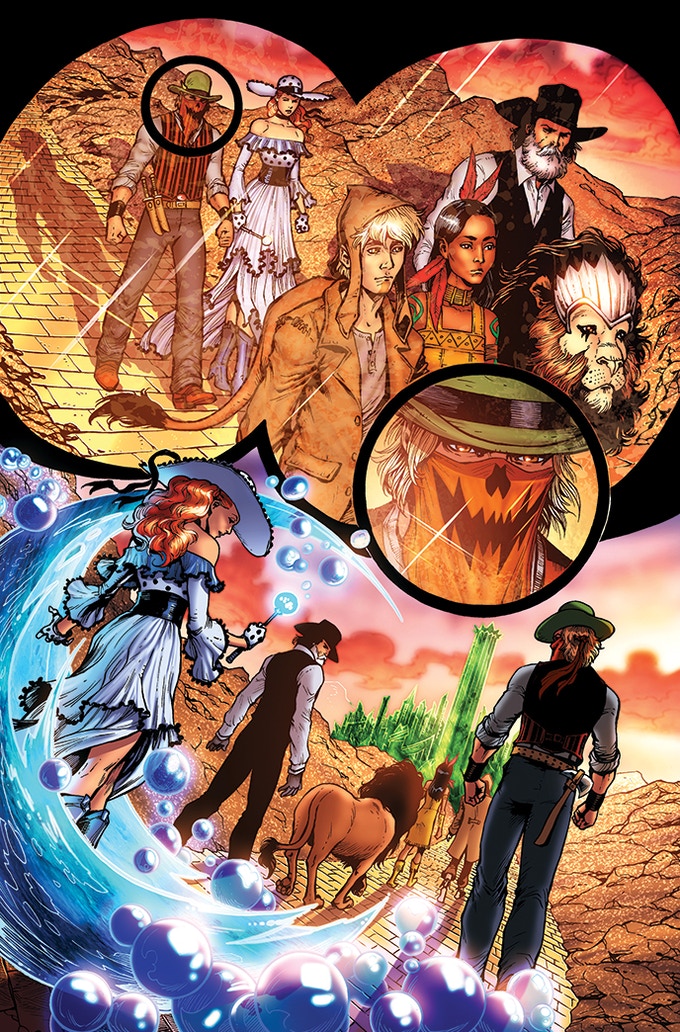 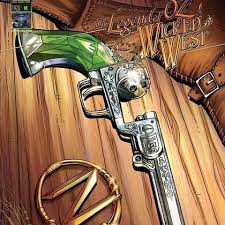 The Oz expanded universe (from the novels) combined with the Wild West is the premise of this comic series.  Can you take classic literature tales from the early 20th century and adapt them in a wild west comic?  Yes, yes you can.

Many years ago, I glanced at a Preview magazine and saw The Legend of Oz: The Wicked West #1 (Miniseries) being promoted.  It hadn’t come out yet but the concept and the beautiful cover caught my eye.  Out of pure curiosity, I asked my comic book guy to add it to my pull list for at least a few issues.  The first issue was amazing and lead me down a path exploring the amazing comic book company, BDI.

In this version, Dorothy inherits the ruby pistol (instead of slippers), the Tin Man is a sheriff (badge is made of tin), the scarecrow is a mute Native American girl, and the Lion is a circus Lion who has make up on his face.

Things have changed and adapted for BDI.  They are no longer selling their comics through the direct market but rather through Kickstarter (where I bought this comic). 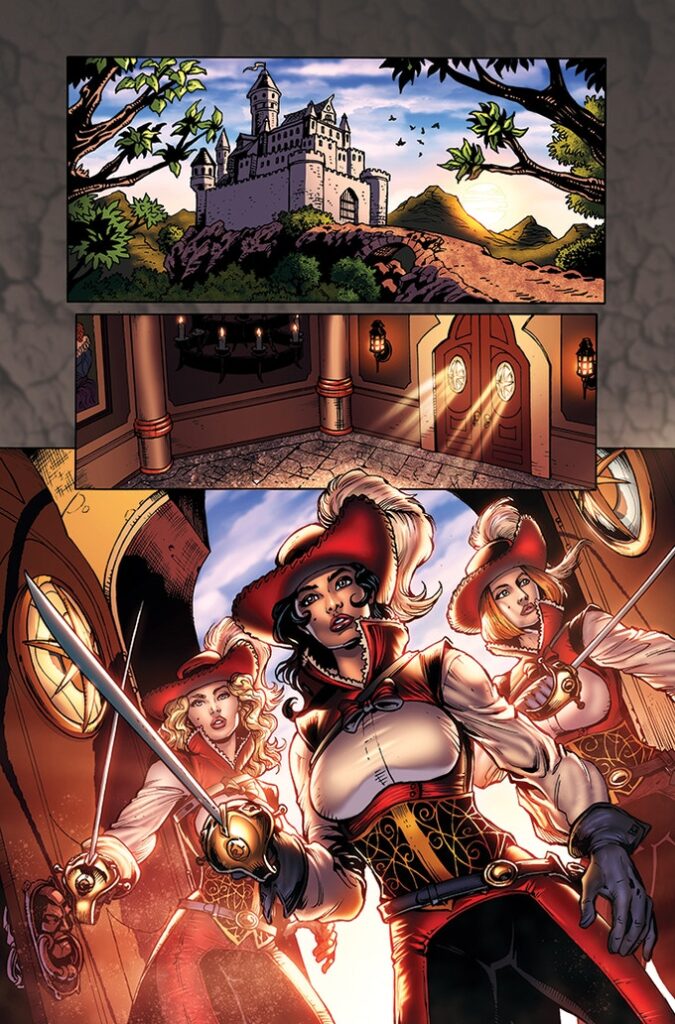 Plot: (Major Plot Spoilers)
This is the final issue about  mystery of the Princess Ozma disappearance.  Ozma was kidnapped many years ago and is missing. She is the rightful ruler of Oz.  Glinda, the good witch of the North, tries to solve this mystery with her companions: Scarecrow; Tin Man; Lion; Jack Pumpkinhead; and the young boy Tip.

This gang faces off against General JinJur and the witch Mombi.  JinJur has lead a revolt and captured the Emerald City and captures most of the group.  Glinda goes head to head against Mombi in a battle of magic.  In the end, Glinda wins out with the help of the returning Dorothy, defeats Mombi, frees her friends, and learns the truth.

The boy Tip is no boy at all. He is actually the Princess Ozma.  In an attempt to prevent the rulers of Oz from continuing, Mombi transformed Ozma into Tip, who had no memory of the previous life.  Tip had created Jack Pumpkinhead to be his friend.

After some persuading, Tip walks into the Truth Pond while doubting the truth.  Tip then rises out of the pond as the beautiful emerald clad Princess Ozma.  Thus ending the mystery of Princess Ozma and starting the “Age of Ozma”.

Not only is the art amazing but it tells the story.  The art is essential in the storytelling in this comic.  You can tell that Reno and Tom Hutchison (writer) have work well together for a long time.

Story/Plot:
This is the much awaited conclusion to the mystery of Ozma’s disappearance.  It was worth the wait.  The story progressed on a steady but moving pace that brought the story arc to a perfect conclusion.

The general plot is adapted from the book series.  I have seen this get messed up over and over in a comic book retelling.  This is a seamless adaption.

Hutchison continues displays is writing chops in this series. He didn’t disappoint in this issue.

MY REVIEW:
Back in the day, this series was my favorite monthly comic that I was reading.  This issue reminds me why it was.  It is creative and fun.  It is visually stunning.  So many beautiful comics leave gaps in the story where I have to re-read in an attempt to understand what is going on.  This is never true in this comic.   Marvel and DC often have a difficult time bringing a conclusion to a story arc or even a mini series, but BDI made it look easy.

The great news is that Dorothy, Princess Ozma, and the gang will return in The Legend of Oz: The Wicked West in 2021.