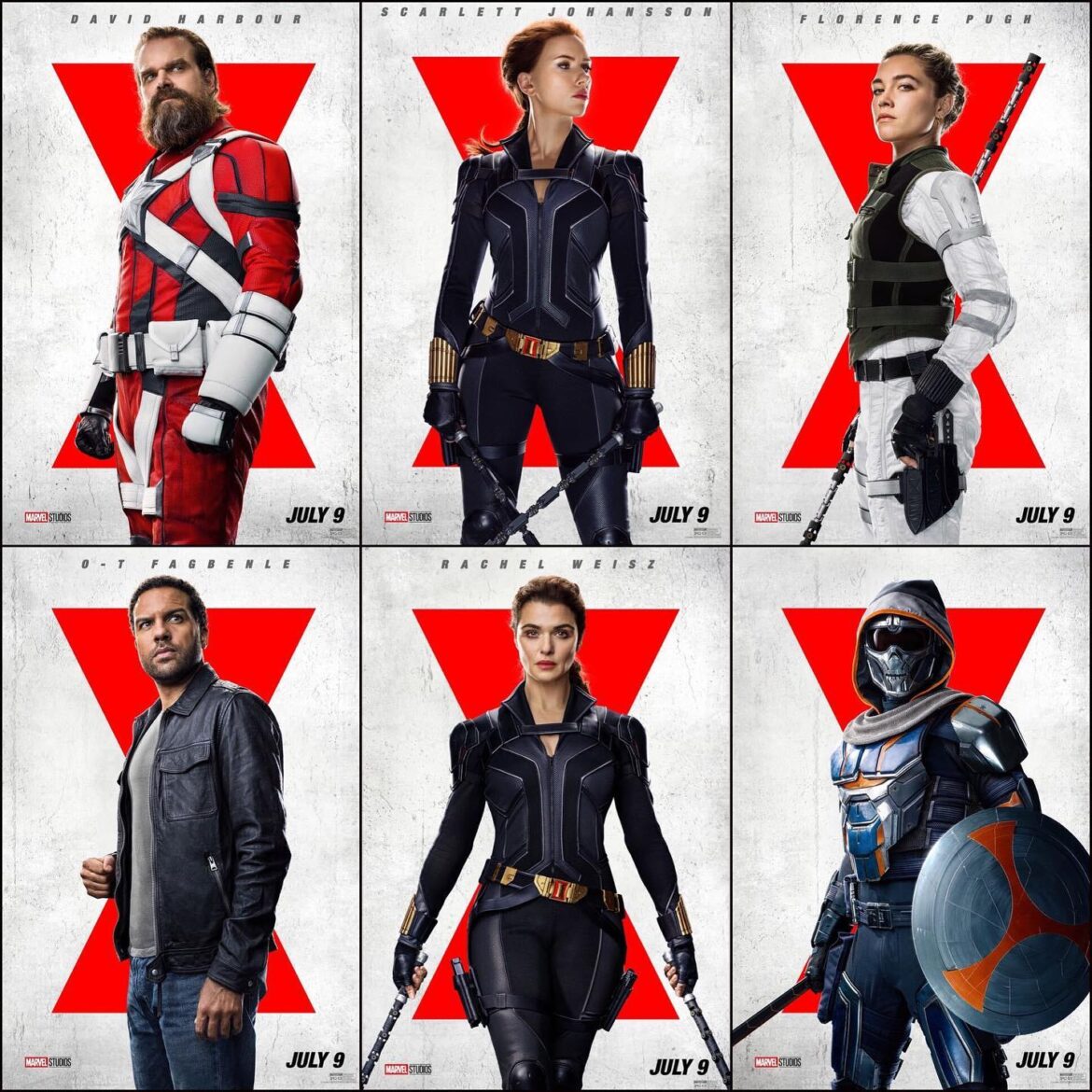 A Black Widow movie has been anticipated for a decade.  When they announced her movie, many of us fans declared “Finally!”  Scarlett Johansson is an amazing Black Widow and it is about time we got to see a movie featuring this character.

This movie was suppose to rock last summer but then the Coronapocalypse occurred.  Finally it is being released this July and I will have my butt in a seat to see it.

This poster shows you the cast of KOOL characters in this film.  We have Melina Vostokoff,  Alexei Shostakov / Red Guardian, Yelena Belova, Mason, Task Master, and Black Widow. Not included in this poster but also very important is Thaddeus “Thunderbolt” Ross (most associated with the Hulk) who is hunting Natasha for her “Crimes” of helping Captain America way back in Captain America: Civil War (takes place shortly after).