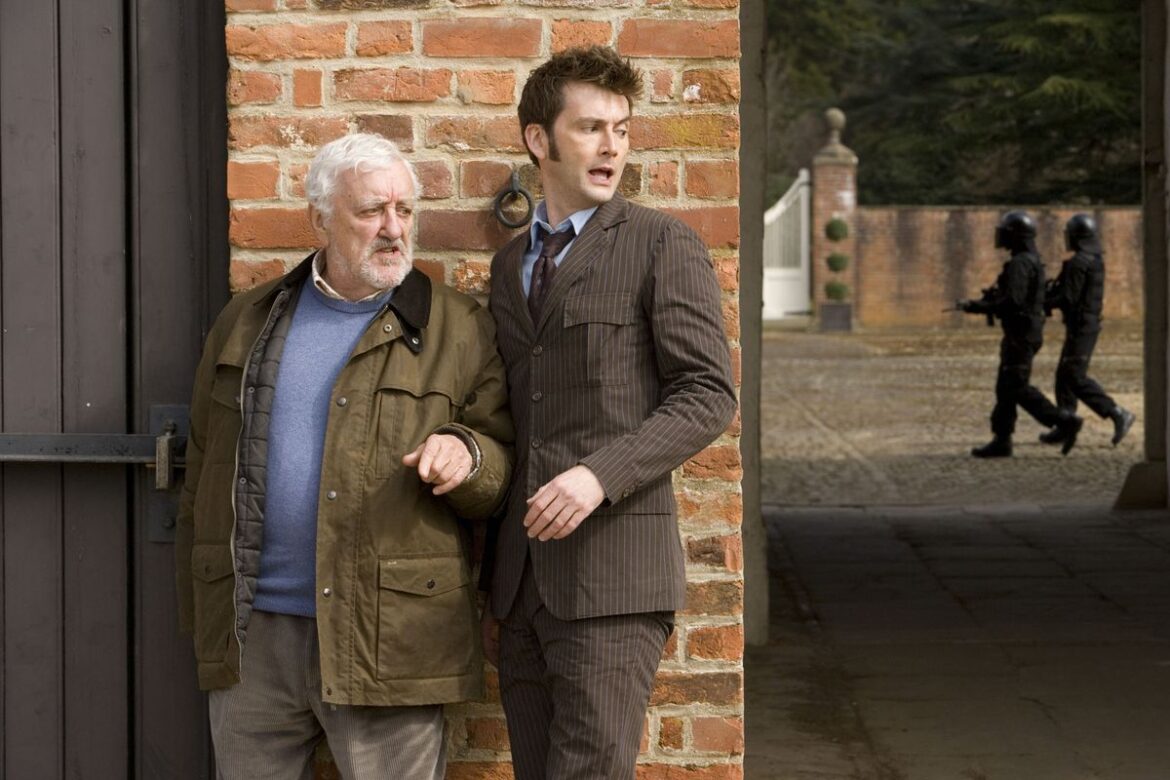 British Actor and singer Bernard Cribbins passed away on Wednesday. Cribbins was 93 years old when he passed.

Cribbins career ranged over seven decades. In 1960s, he was known for his novelty records like “The Hole in the Ground” and “Right Said Fred”. He had roles ion comedy moves like Two-Way Stretch and the Carry On series.  He was in Alfred Hitchcock’s Frenzy  as the barman Felix Forsythe.  He was a regular British television personality with regular and prolific reader for the BBC series Jackanory from 1966 to 1991.  He narrated the children’s program The Wombles. He also played the title role in  Old Jack’s Boat.  He received the Order of the British Empire in 2011.

Over the last decade, Bernard Cribbins has been best known for his association with Doctor Who.  He played Wilfred Mott, the grandfather of regular companion Donna Noble and a temporary companion to the Tenth Doctor. But back in 1966, he played Tom Campbell as a companion in the 1966 film Daleks’ Invasion Earth 2150 A.D.

Check out Bernard in The End of Time, part 1 where The Doctor and Wilf talk about Death.  The Doctor tells him that he better not die and Wilf says he will try.