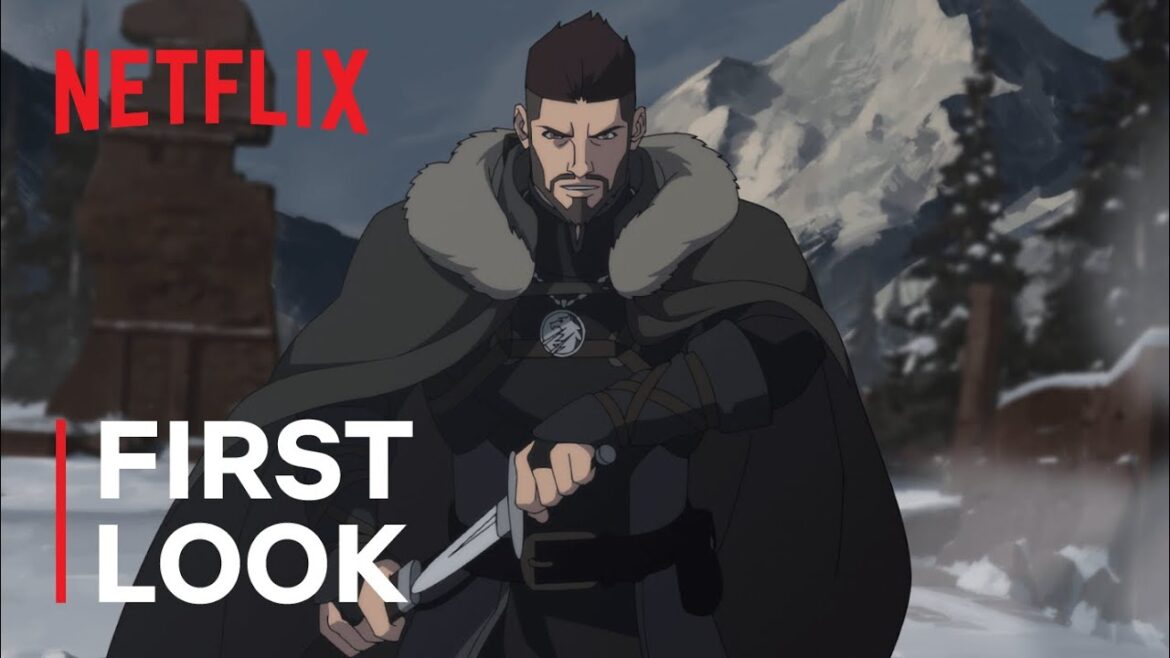 Netflix has just released the latest trailer for the new animated Witcher series, The Witcher: Nightmare of the Wolf.  It premieres on Netflix on August 23, 2021.  It is animated by Studio MIR, written by Beau DeMayo, and directed by Kwang Il Han.

“The world of The Witcher expands in this anime origin story: Before Geralt, there was his mentor Vesemir — a swashbuckling young witcher who escaped a life of poverty to slay monsters for coin. But when a strange new monster begins terrorizing a politically-fraught kingdom, Vesemir finds himself on a frightening adventure that forces him to confront the demons of his past. The Witcher: Nightmare of the Wolf voice cast includes Theo James as Vesemir, Lara Pulver as Tetra, Graham McTavish as Deglan, and Mary McDonnell as Lady Zerbst.”  (Youtube)