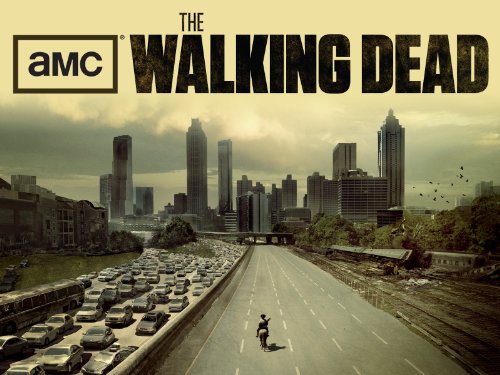 Season 1 of the Walking Dead on AMC was fantastic. Can season two live up to the greatness of the first season or will I end up being disappointed?

Plot:
The group stops on the freeway because of group of smashed up cars.  The coolant hose on the RV blows. The group scavenges for parts and other useful items.  A herd of Walkers move through.

A little girl, Sophia, panics and runs off before all the zombies are gone. Two walkers chase her followed by Rick. Rick hides Sophia and leads the Zombies off. When Rick goes back for her, she is missing. The group goes out and seeks her.

Rick and Lori’s son, Carl, is shot on a hunting accident. The hunter, Otis, directs them to the house where there is a doctor. Carl is badly injured and needs constant blood transfusion and surgery with a respirator.

Shane and Otis leave to get the needed supplies from town. They were able to create a distraction to get into school where the equipment is. They have a much more difficult time getting out. Walkers surround them.  In the end, Shane shoots Otis and leaves him behind so Shane can escape and bring the equipment back to save Carl. Shane makes it back in time for the doctor to save Carl and lies to the group about how he survived and Otis did not.

What I Liked:
What is not to like in this series (unless you don’t like zombies)? The acting is solid. The story is extremely well written. Tons of character development and sometimes they develop in ways you wish they would not. Tons of action is in every single episode. And of course the show has the Walking Dead (Zombies).

What I did not Like:
There is nothing I don’t like about this series and the first three episodes of this season.

My Review
I love this show and it is my favorite show on television currently. It is the best zombie related entertainment I have ever seen.